I had Vlad get started on his baby-making quest right away. 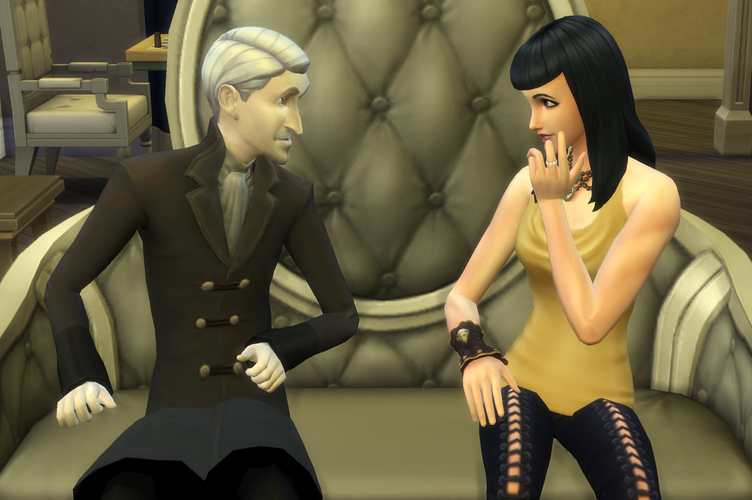 First up, was Lilith. 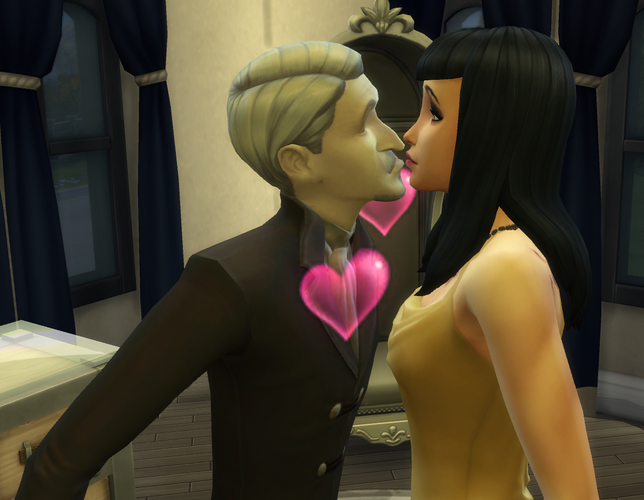 After only a little flirting – BAM – first kiss. Vlad then sealed the deal by making her his girlfriend (he’s trying to complete the Serial Romantic aspiration currently, so he’s going to end up with quite a few girlfriends and boyfriends…) 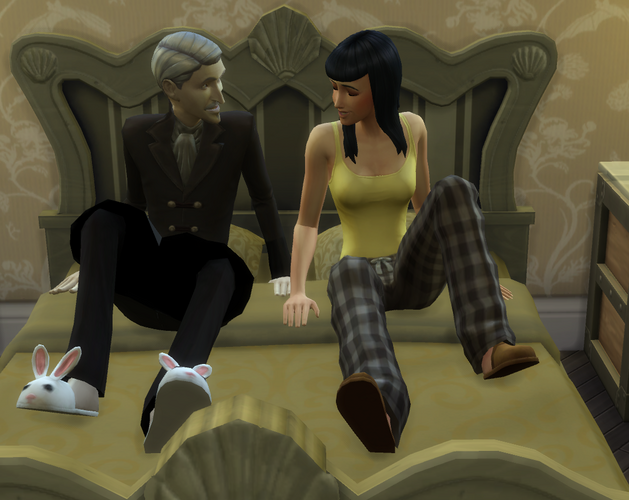 Then they got right down to making baby number one. 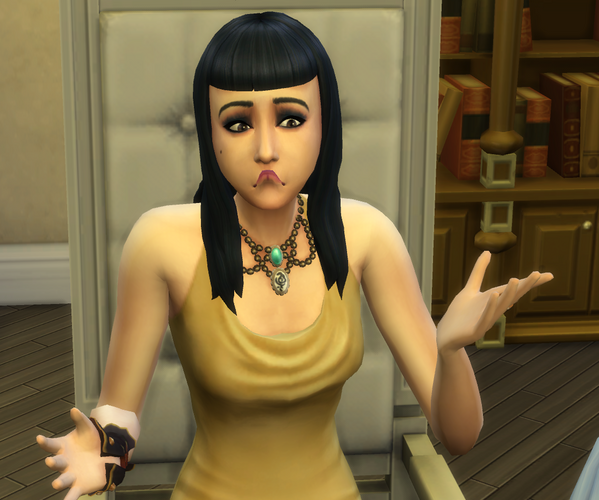 Lilith didn’t look thrilled at the news that she was about to become a parent. Perhaps she has just realised that her child will probably be blessed with Vlad’s good looks. 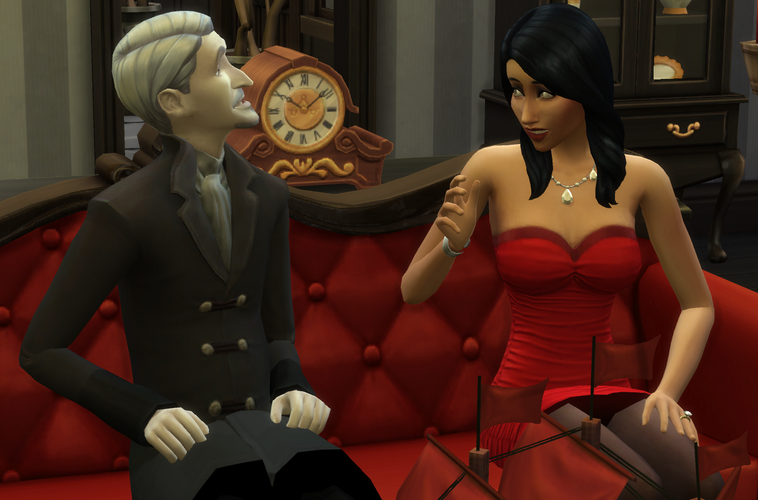 Despite being pregnant, Vlad lost no time in moving on to his next target: Bella Goth. I was expecting her to be a hard nut to crack since in past games for me she has always taken forever to seduce away from her husband. 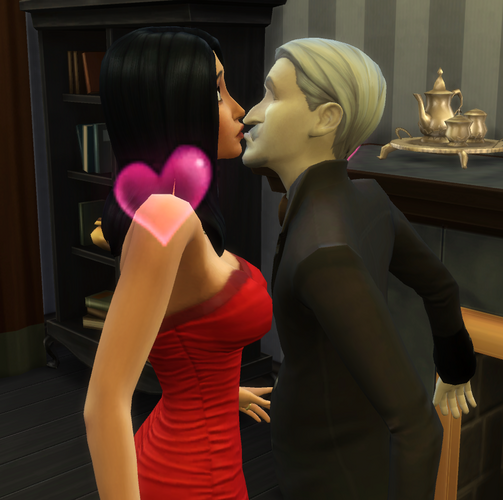 But not this time! I guess she must really dig long noses? Bella became Vlad’s second girlfriend. 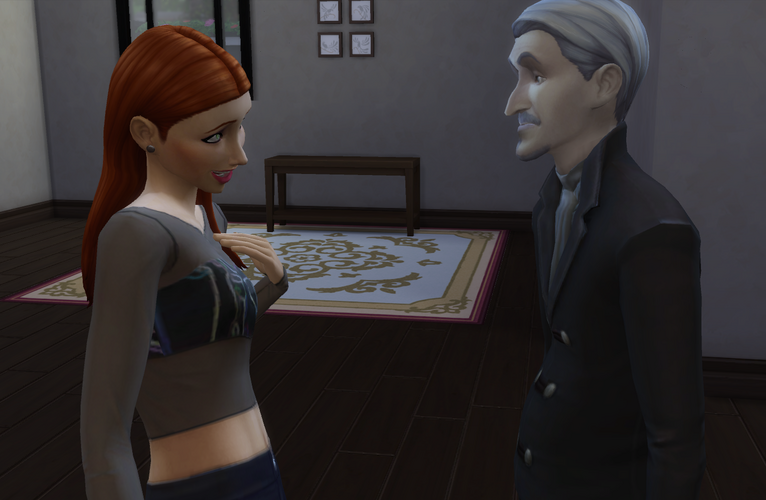 Next, Vlad managed to seduce Morgan Fyres (I did age her up to a YA first though). 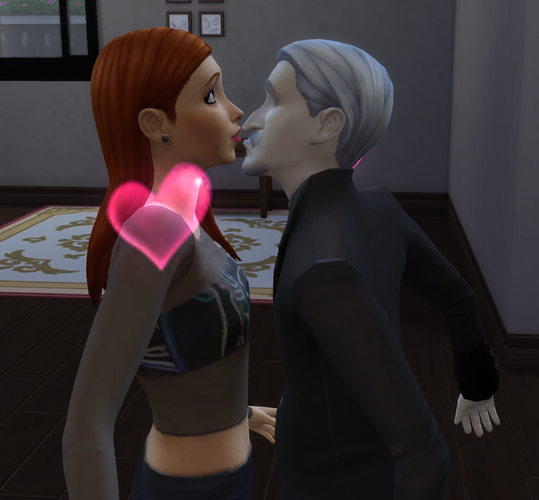 Again, the first kiss was achieved within minutes and she agreed to be his girlfriend. 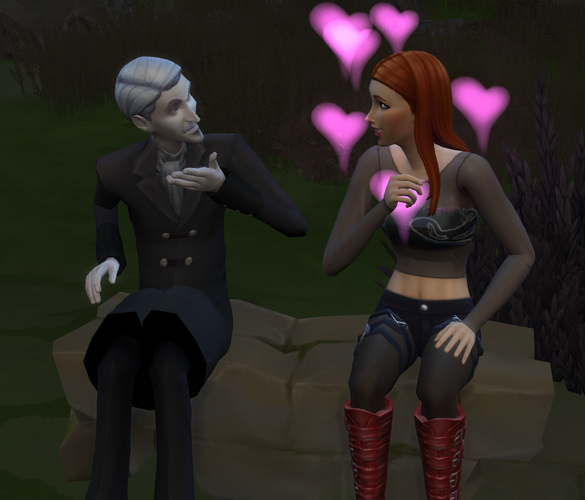 Since he had to go on two dates for his aspiration, Vlad took Morgan out to the Bluffs (where I was sure that neither Lilith nor Bella would stumble upon them). 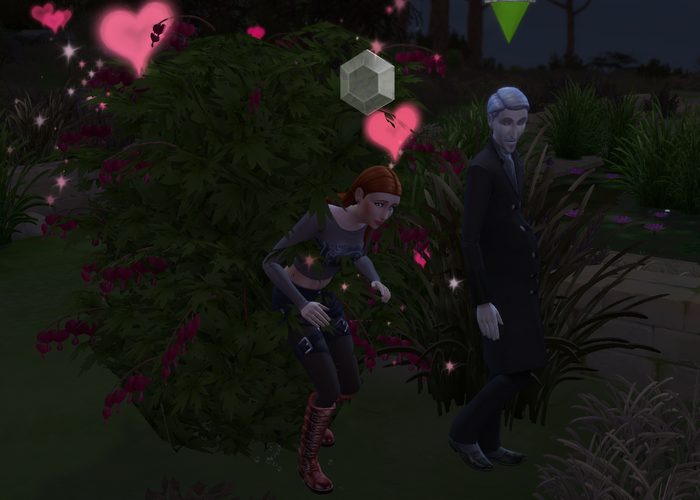 And yes, they did woohoo in a bush. 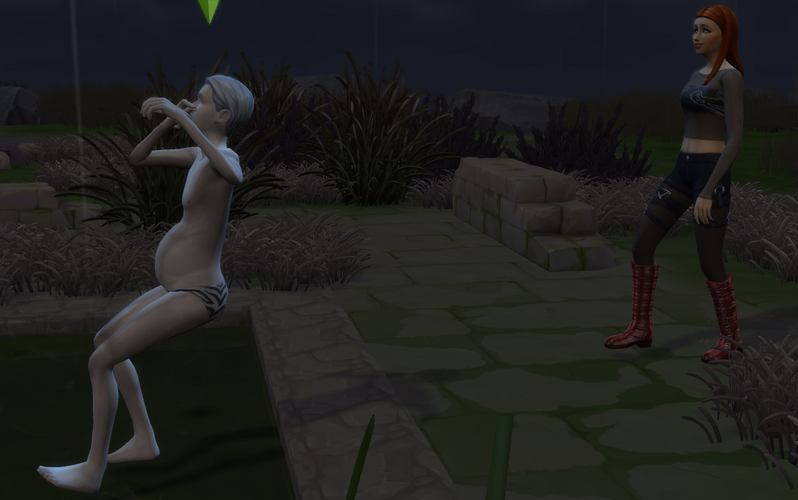 Ah pregnant Vlad in speedos. The sight you never knew you never wanted to see… Until now. Honestly, I don’t see why all these ladies have been falling for him. 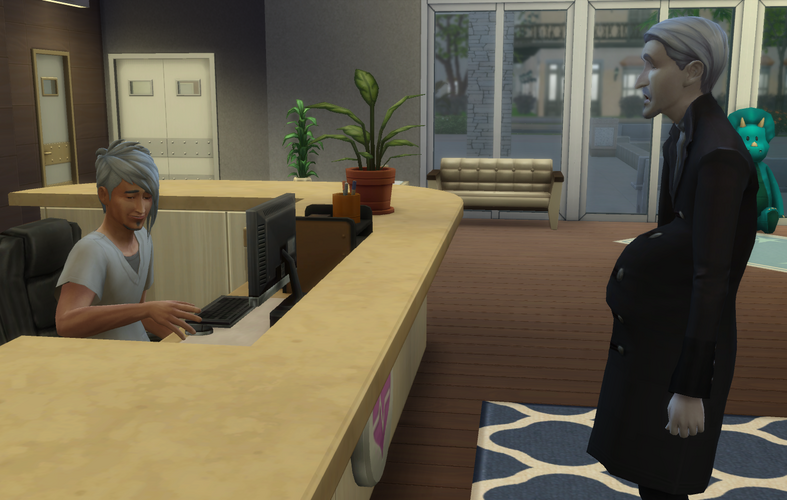 Vlad went into labour, so I took him to the hospital and he checked in at the front desk.

So, doctor, do you treat many pregnant male vampires? 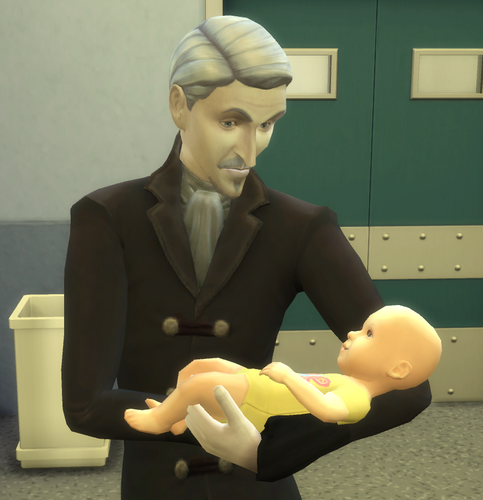 And Kiera Straud was born!

Vlad: What am I supposed to do with it? 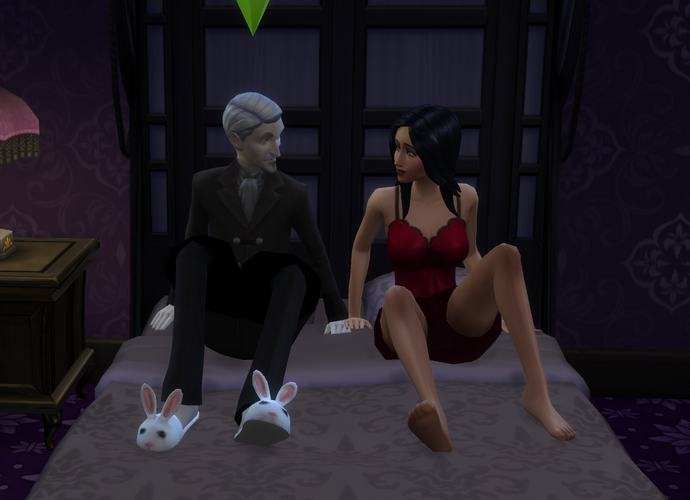 Of course, we had to get started on #2 straight away… So, Vlad is now pregnant with Bella Goth’s child.

I have to admit I’m really surprised by how lucky Vlad has been in love so far. He does have the loner trait so I thought that would make things more difficult but so far the tense negative moodlet has been swamped by positive moodlets. Also, he has the uncontrollable hissing weakness but I have a mod which stops that bringing down relationships.