Our story begins in a gloomy mansion in Forgotten Hollow… 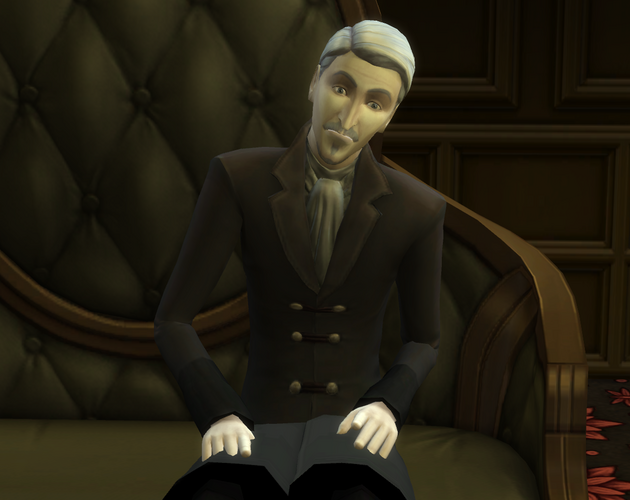 Vlad: Sigh. Eternity is so boring.

Vlad had attempted to start a coven on numerous occasions, but the sims he turned were, inexplicably, never grateful to him for the gift of immortality which they had (involuntarily) received. They never stuck around long. 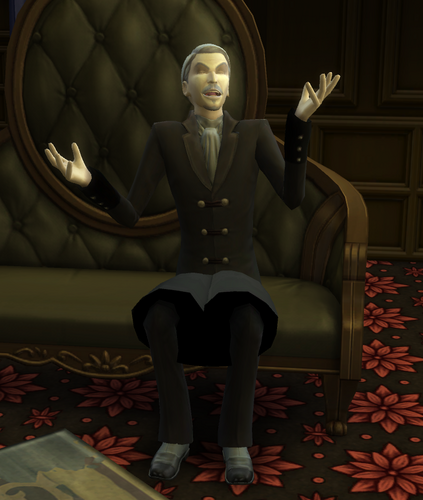 Vlad: Eureka! I will raise my own army of vampires from  birth. That way I can brainwash – I mean educate – them while they’re still young. Now, where can I get my hands on some suitable specimens?

This will be a 100 baby challenge, so I will be following the official rules except for the one which says your matriarch can’t be a vampire – and of course also the rule that you must have a matriarch at all! Vlad will be filling the role of matriarch as I have male pregnancy enabled and he will be birthing and raising all the kids himself (so we will see a lot of pregnant Vlad which is um interesting). I also won’t limit myself to a particular gender when choosing the other parent – both male and female sims are fair play.

We are going to end up with some very interesting kids!