And we’re back again for day 7 of the challenge. Only four contestants left now, so the house suddenly feels weirdly empty to me. 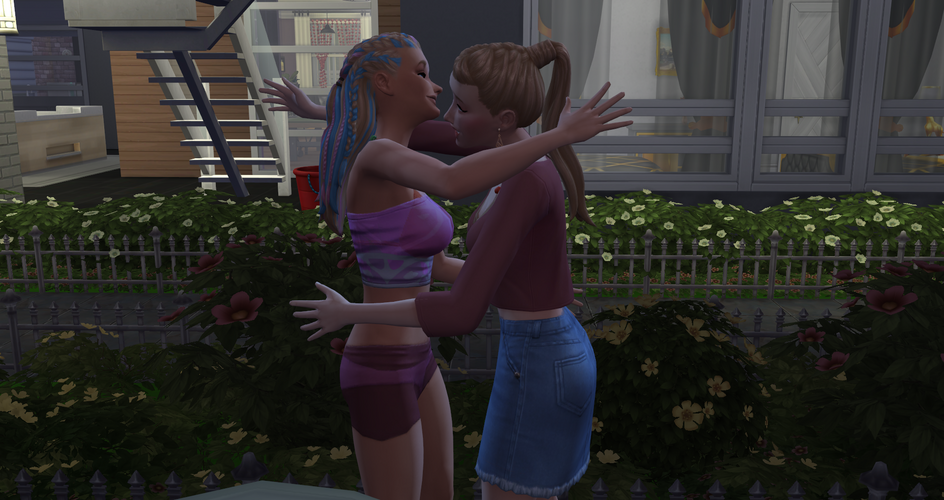 Candy: As the final two girls left in the competition, we’ve got to stick together.

Caly: Of course! I’ve got your back. 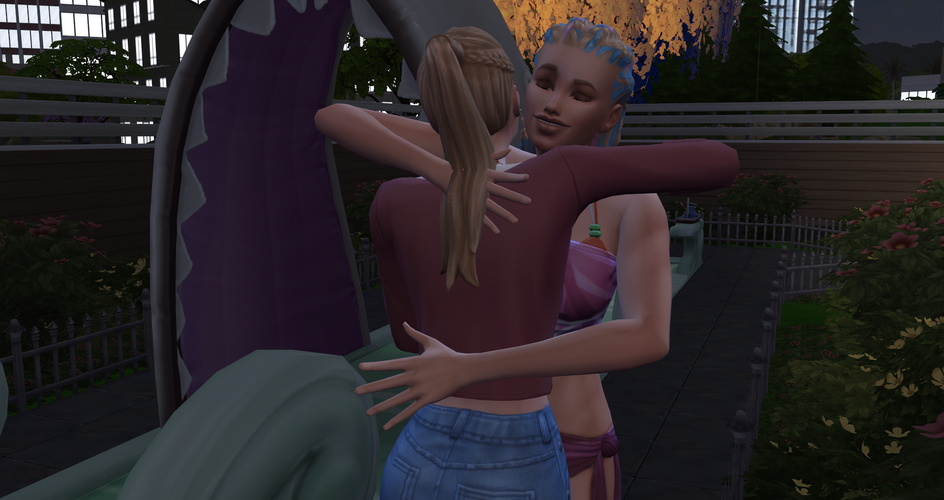 Candy *thinking*: I will tear this mer-bitch down. 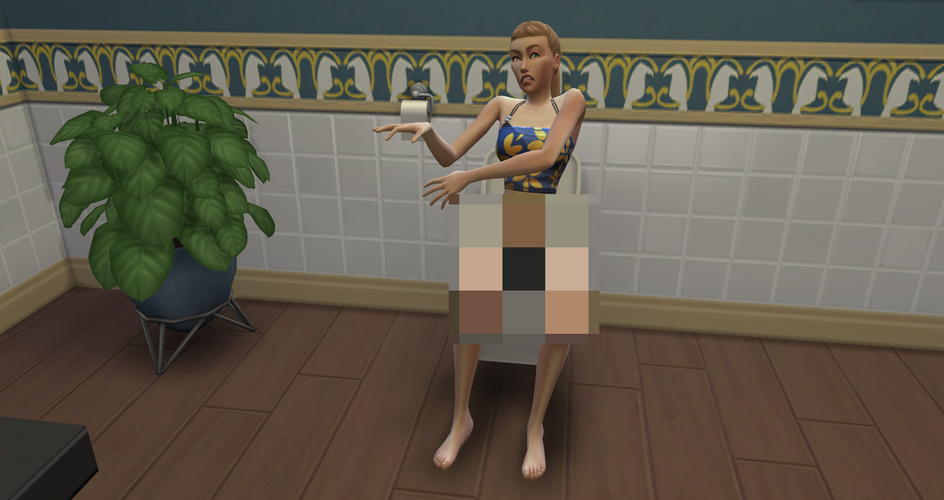 Caly decided that the toilet was the appropriate place to hold a conversation with her father.

Caly: That Candy girl thinks she’s so clever with all her smiles and fake friendliness… Well, I’m onto her. Do you think we should kill her, Dad? 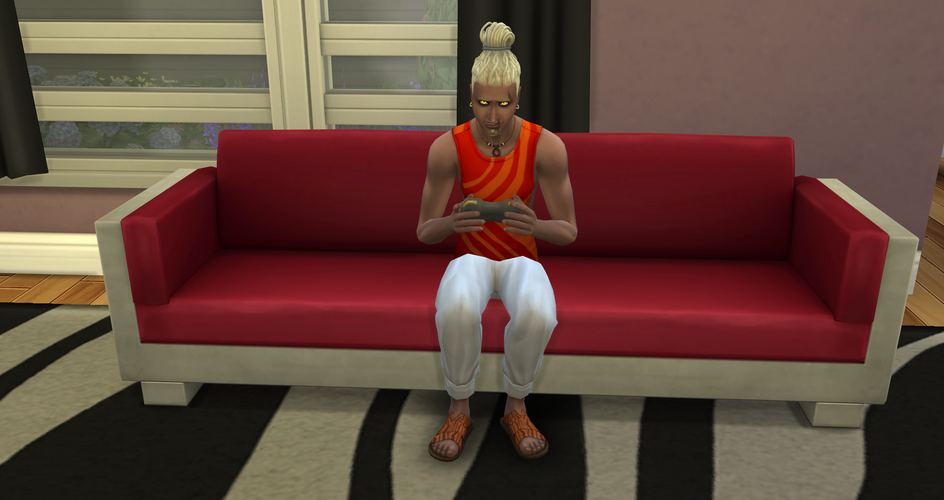 I did say that Keoni loves his video games! 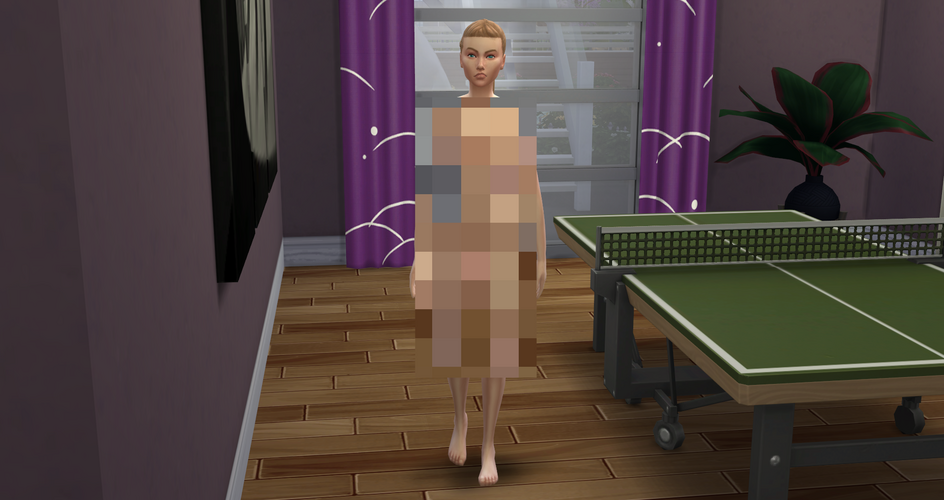 Caly stripped off again. Is this a mermaid thing?

Caly: I’ve told you, it’s a nymph thing. We don’t like to wear clothes! 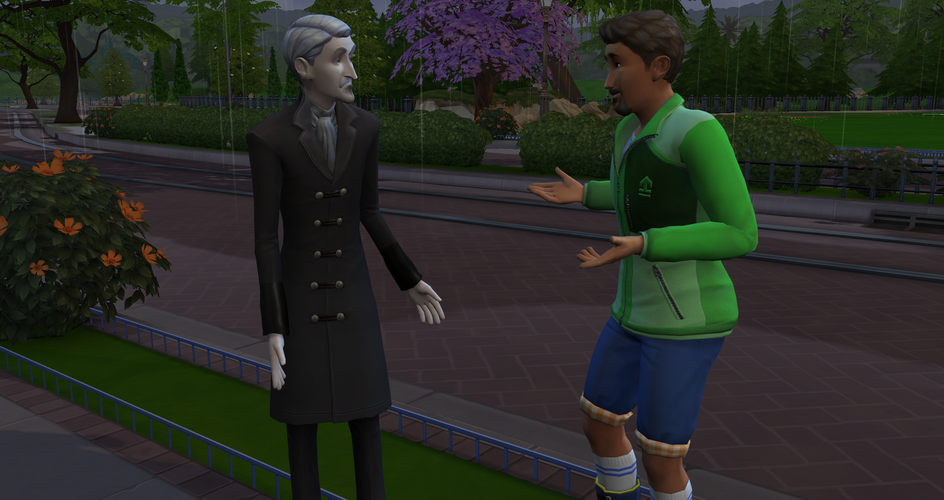 What’s this? A new contestant?

Arthur: Hello, Vlad! What’s all this I hear about you getting married – finally settling down, eh? I must confess I am surprised, but happy for you!

Vlad: Arthur? What are you doing here?

Arthur: I got a letter asking me to come and help you choose your new spouse – I assumed it was from you. 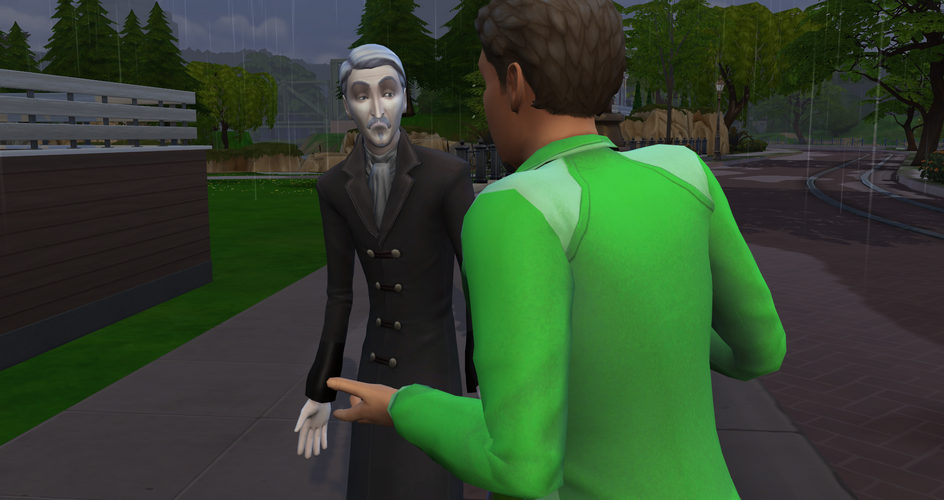 Vlad: I can’t believe you invited my weird cousin! It’s already bad enough that you’re making me marry at all and now he gets a say in who I end up with?

First, Arthur is not the weird cousin in this scenario. Secondly, I like the ‘meet the family’ chapter in Queenarella’s bachelor/bachelorette challenges and he’s the only family you have (yes, it’s canon that Arthur Climate is Vlad’s cousin – though I assume only a really distant cousin), so deal with it! 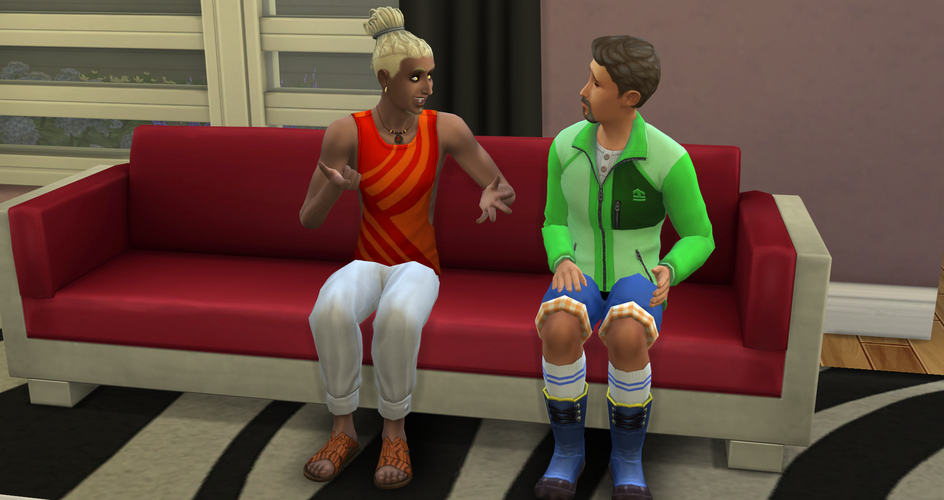 Arthur: So, Keoni, you’re a vampire, like my cousin.

Arthur: The glowing yellow eyes sort of give it away.

Keoni: Oh. Right. Yes, I’m a vampire, but I don’t like to drink human blood. I get my plasma from plasma packs or plasma fruit.

Arthur: Sounds like either you would be a good influence on Vlad or you’d end up being totally incompatible.

Keoni: I hope it’d be the former. I’ve talked to him a lot about my way of life and I think he’s becoming more receptive. 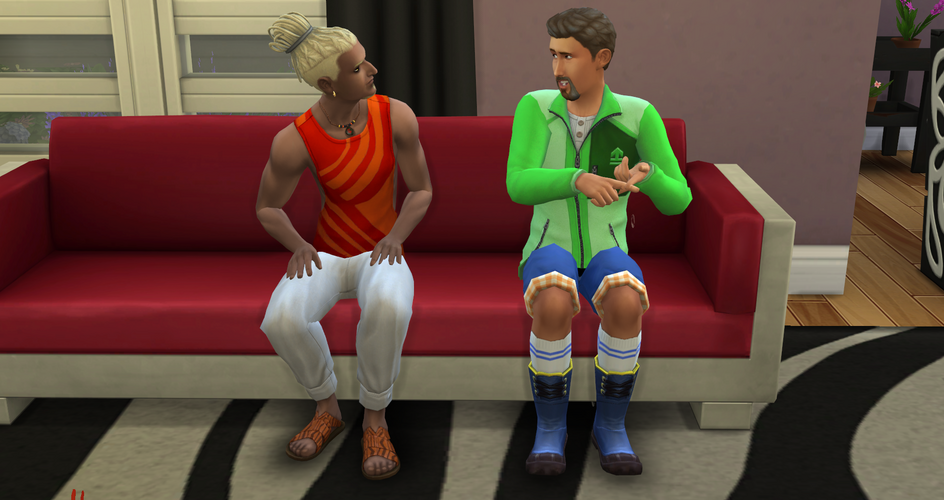 Arthur: My main purpose here is to help Vlad find a partner. What are your thoughts on marriage?

Keoni: I anticipate only good things from marriage. My parents love each other dearly and I think love like that should be at the center of any marriage.

Arthur: Hmm sounds like you have high expectations. Vlad can be a very difficult person to be around. Thankfully I only have to see him once a year at Harvestfest but living with him for eternity… *shudder* – well, good luck, that’s all. 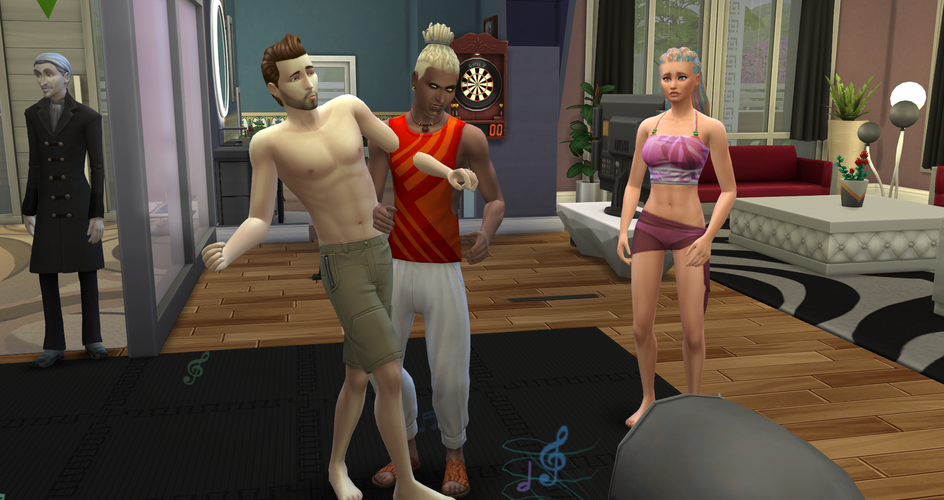 After his conversation with Arthur, Keoni joined Turner and Candy dancing to the stereo… And was promptly impaled on Turner’s arm. I wonder if that counts as putting a stake through his heart?

Candy: I hope so. One less competitor for me to eliminate! 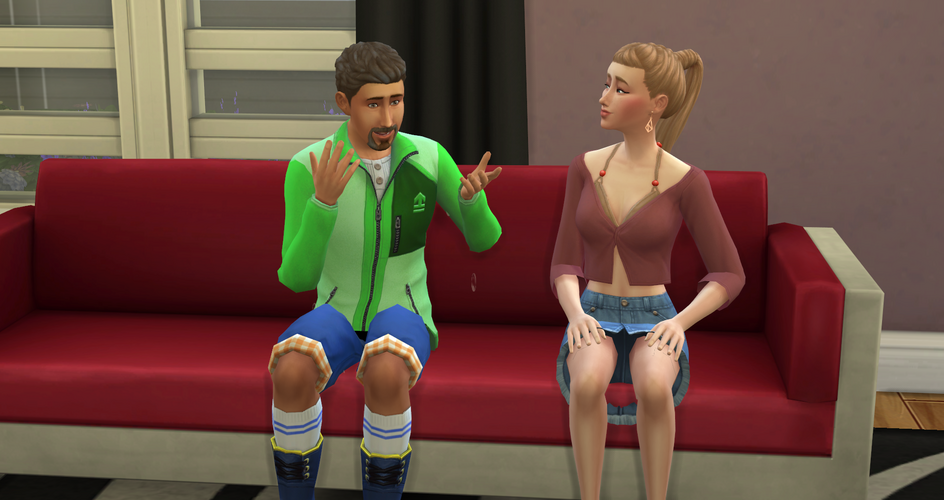 Next to talk to Arthur was Caly. Thank goodness she put some clothes on first!

Arthur: Well Caly, you’re hoping to marry my cousin, Vlad. You do realize it’s not too late to back out now, right?

Caly: Why would I do a thing like that?

Arthur: You might want to be with someone a bit less, you know, weird.

Vlad: I can hear you!

Caly: I don’t think it matters if Vlad is a little different, people say I’m weird too. 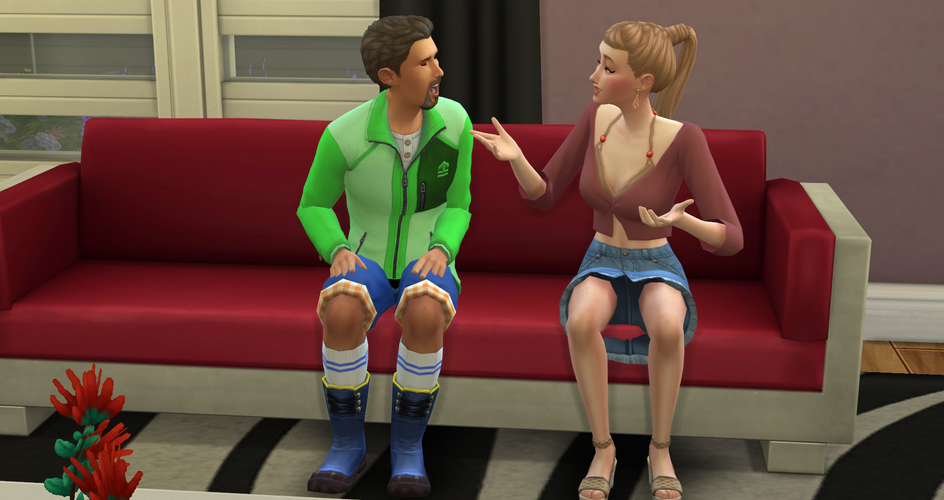 Arthur: Why would they say a thing like that? You seem like such a nice normal girl.

Caly: Normal? I’m not normal, I’m special! I’m a nymph and my father is the god Atlas! 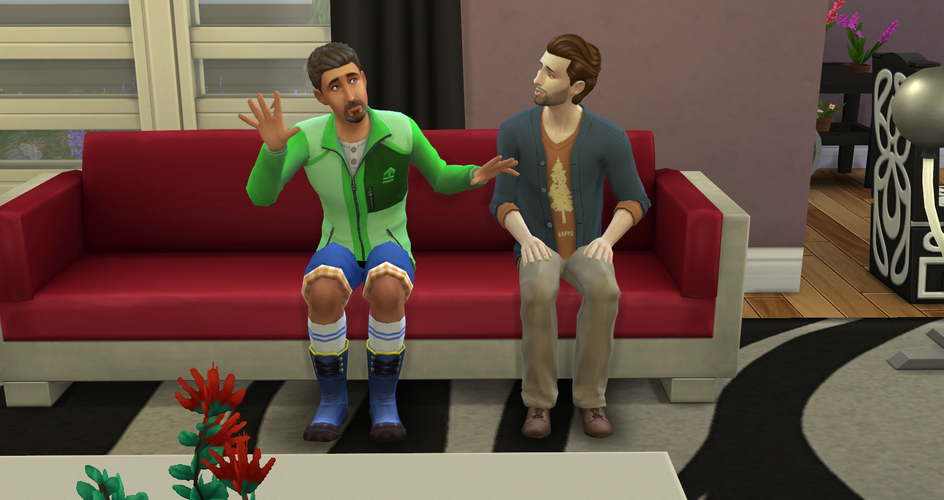 Arthur: Turner, as a human do you know what you’re getting yourself into?

Turner: What do you mean?

Arthur: Let me give you an example. Vlad comes over to my place every Harvestfest and one time we tried to set him up with one of my wife’s friends. He was alone with her for all of five minutes and, well, let’s just say that she left in a hurry and now refuses ever to visit ever again. My cousin tends to think of us humans as plasma packs on legs.

Vlad: Don’t be preposterous, I never drink from plasma packs if I can help it! 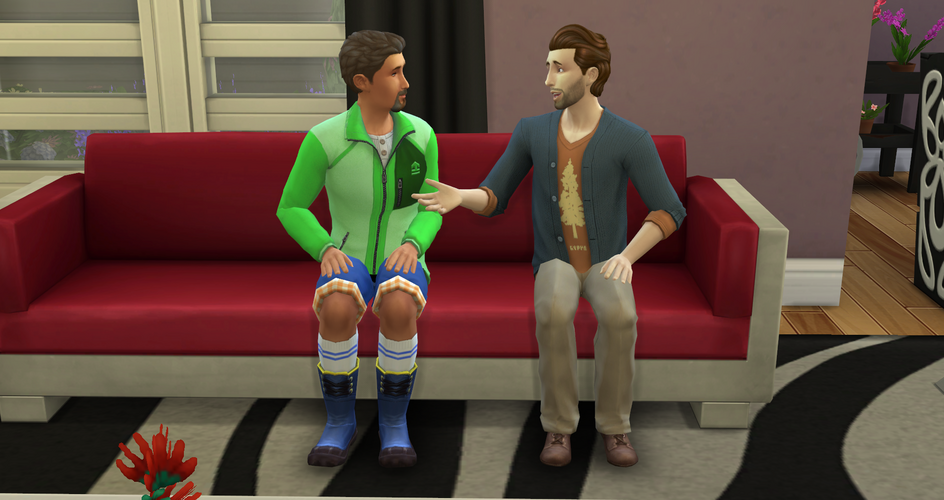 Turner: I see what you’re getting at and you’re right, marriage with a vampire would have its challenges but Vlad has never tried to drink from me…

Vlad: Huh! I’ve never been allowed to drink from him, he means.

Turner: … And besides, I suppose that Vlad could always turn me into a vampire.

Turner: It would mean that I’d look good forever so sure, why the hell not? 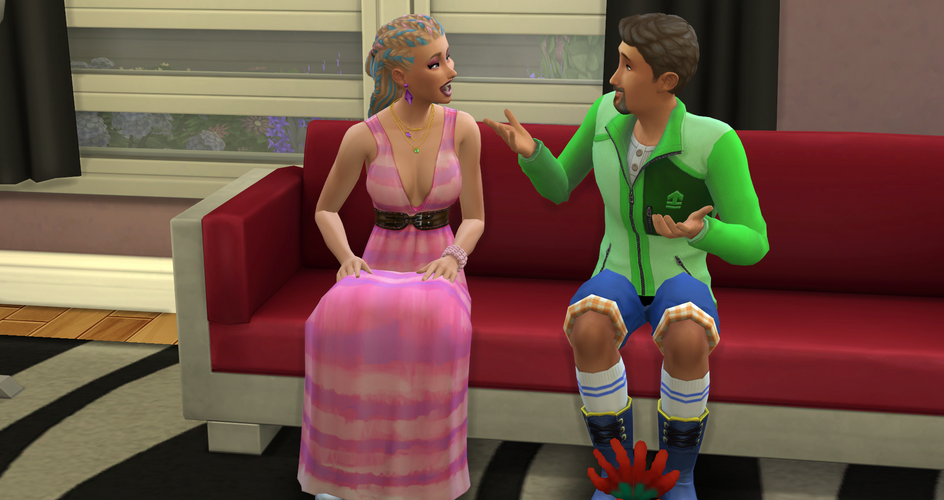 Arthur: Forgive my impertinence Candy but what would a gorgeous lady like you want with an ugly old bloke like Vlad?

Arthur, you have a wife…

Candy: Gorgeous? Me? Oh, you’re too kind. I did win ‘Miss Forgotten Hollow’ five years running but I don’t see it myself.

Arthur: Really though, don’t you think you could do better? Seems like you’d be throwing yourself away on Vlad.

Again, you have a wife, Arthur! 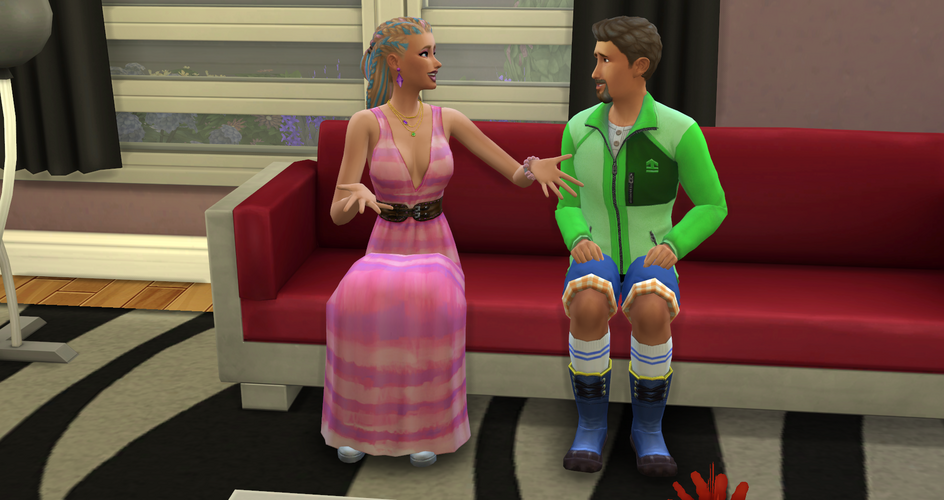 Candy: Vlad can be a bit grumpy at times perhaps but I still want to win – er sorry did I say win? – I meant I still want to be with him – if he chooses me, of course. He might be a little rough around the edges but I have a feeling that deep down under it all he has the makings of a good unlife partner.

Arthur: Well, I can only hope you’re right. 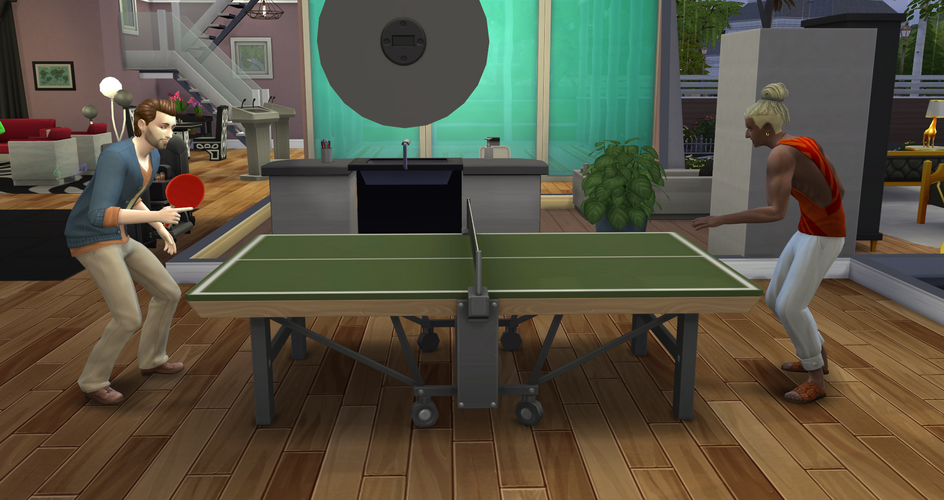 After their ‘interviews’,  Turner and Keoni played ping pong. 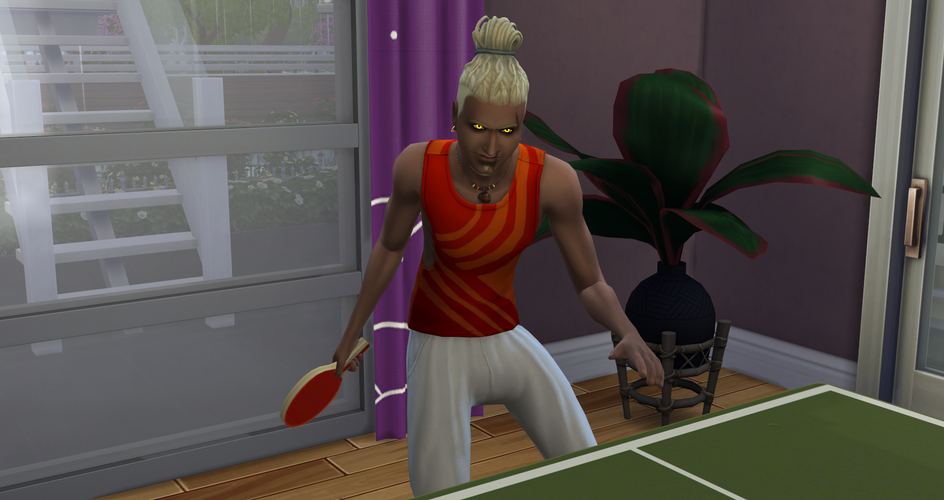 I know that Keoni is the good vampire but his expression is a little scary here (in a good way). I guess ping pong brings out his competitive side. 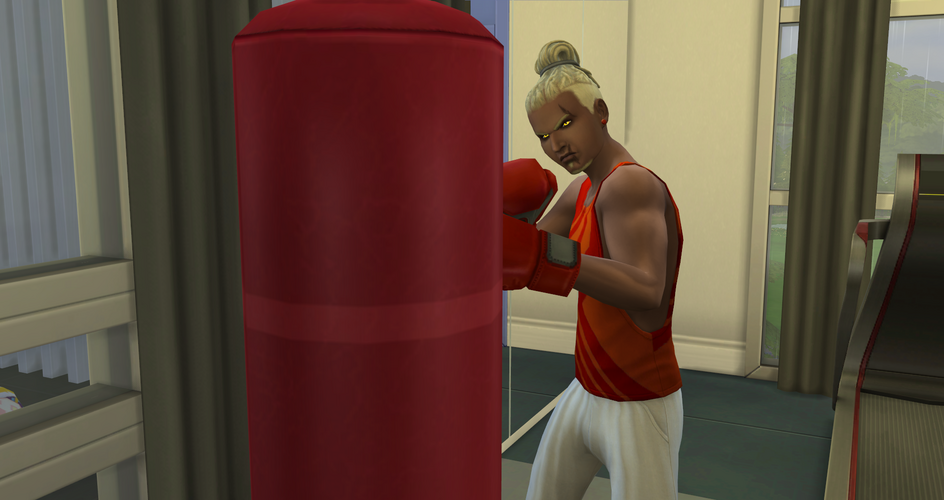 I haven’t posted enough shots of Keoni with the punching bag. I swear it’s his favourite object in the whole house. And he looks good using it too. 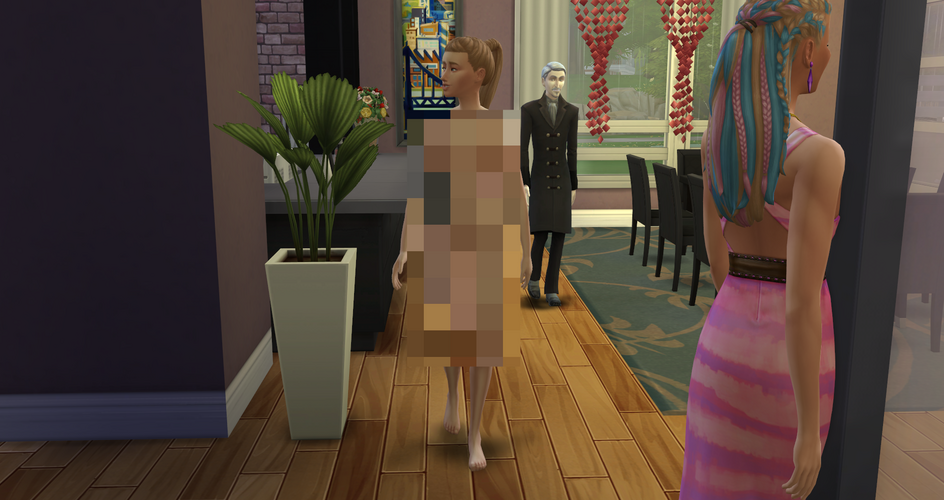 Ok but why is it always Caly who gets naked? This is the third time! None of the other contestants (or, I hasten to add, Vlad) have done it so far.

Um wait a moment. Is Vlad… Checking out Caly?

Vlad: I was doing no such thing! I was just er admiring the pot plant.

Candy: Maybe I should walk around naked too. Don’t want nymph girl getting all the attention…

NO Candy! Please, no more nudity! 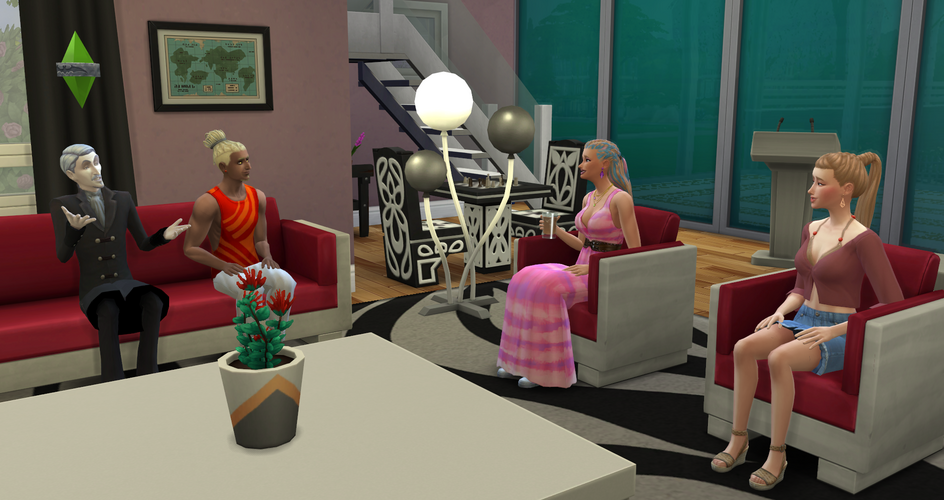 In the evening, everyone bar Turner (who was otherwise occupied on the slide) autonomously sat down for a chat.

Vlad: So I guess I get to kick someone out again tomorrow!

You could at least pretend not to be so happy about it in front of the contestants, Vlad. 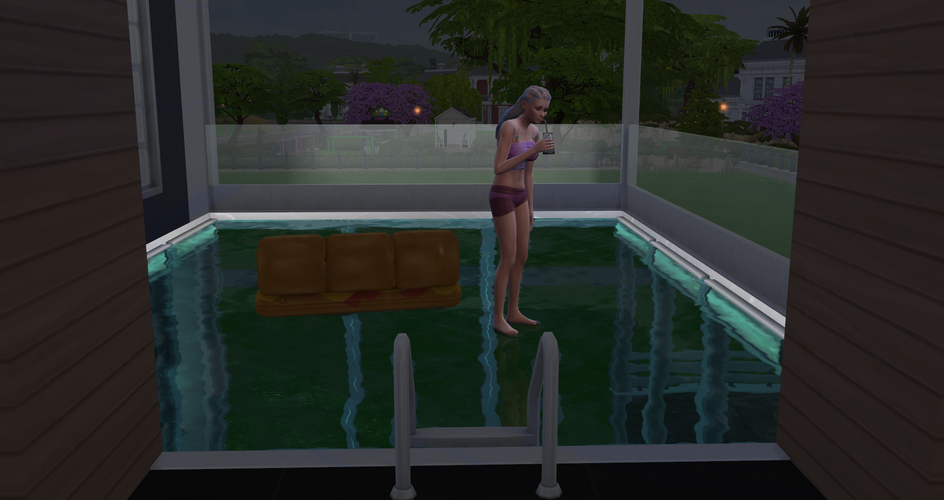 Candy: Nymph-girl may be able to swim through the ground, but I can stand on water!

And that brings us to the end of this chapter. Next chapter we will find out who was Arthur’s favourite candidate.

I am going to use the relationsip rankings with Arthur in some way but I haven’t decided how yet.

Having a solo date for the winner isn’t really an option since I have played the next day already (except for the rose ceremony) and the activity that I thought would only take up a few hours ended up taking waaaayyyy longer than I had expected (you will see why) and there isn’t time for a date before the rose ceremony.

I also thought it might be nice to mix things up a bit and do something other than a solo date anyway. Here are the others possibilities that I have come up with:

– Send the contestant with the worst relationship with Arthur home (seems a bit mean but is a twist).

Thoughts on which approach I should take are welcome!