So nowadays I play with this on my lap: 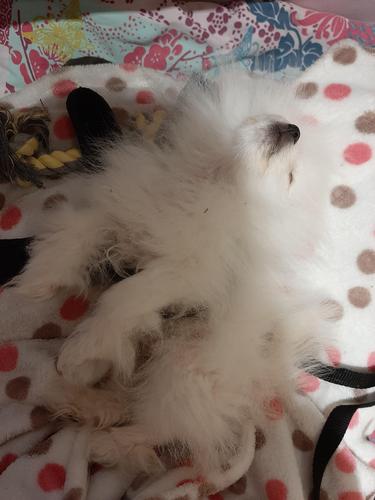 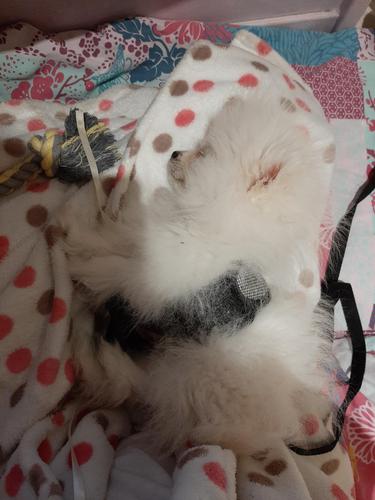 I will make a Simmer of him yet!

Anyways, back to the game! 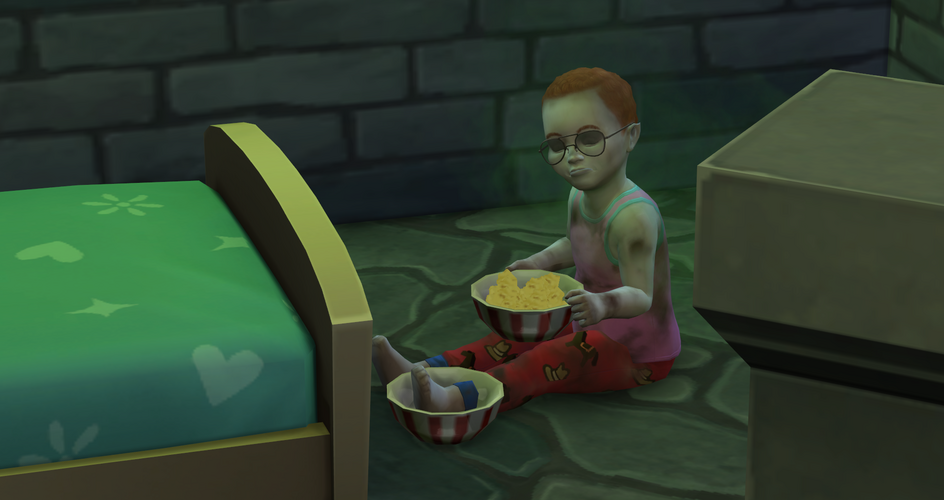 Devonte wore a used popcorn bowl as a shoe… Or perhaps he was contemplating eating his foot since he has been sadly deprived of protein. 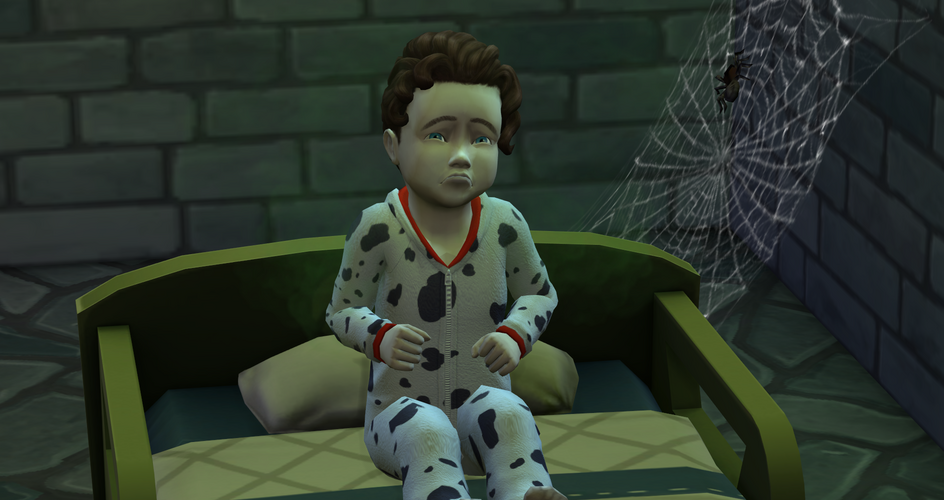 I think the dungeon broke Kailani. 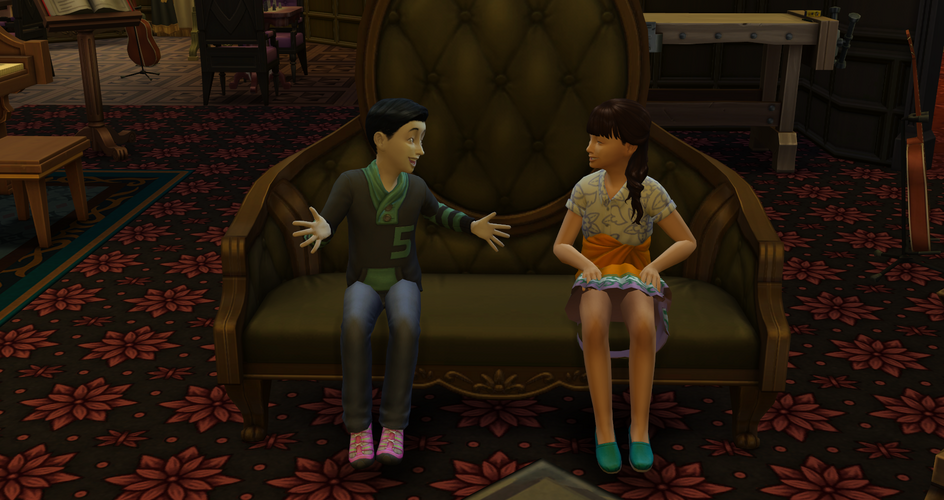 Evangeline and Bradley look so cute together, supporting one another through such a difficult childhood. 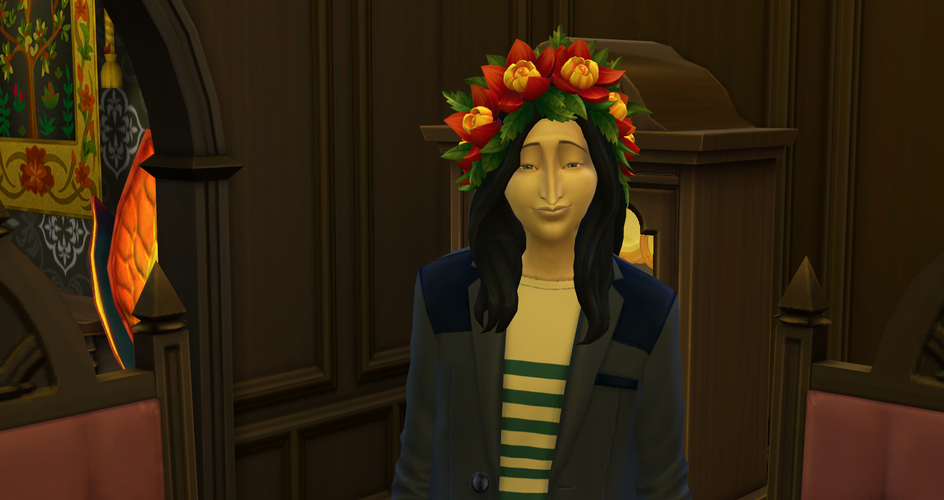 Bradley became a teenager. Interesting head attire for everyday, Bradley. I’m sure the other kids at school don’t bully you at all… 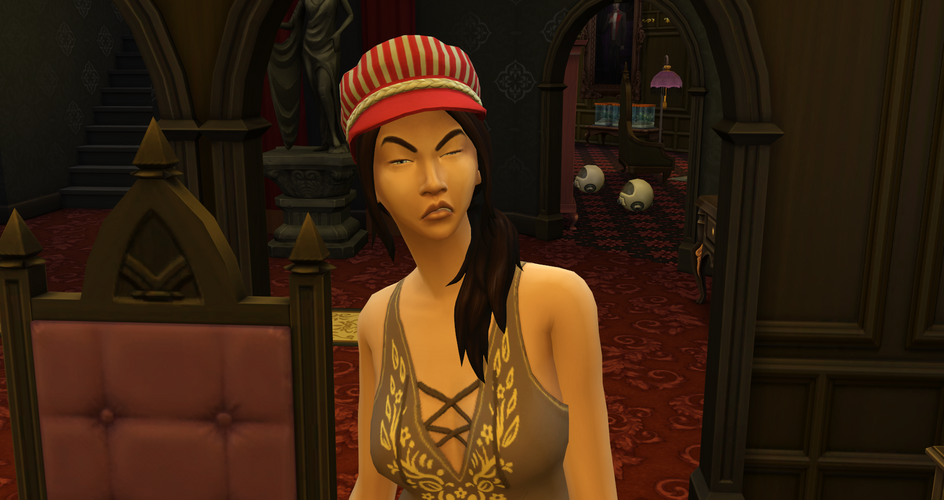 Evangeline also became a teen – hey, that rhymes! At this point, I think the expression on her face says it all: she is DONE with this shit! 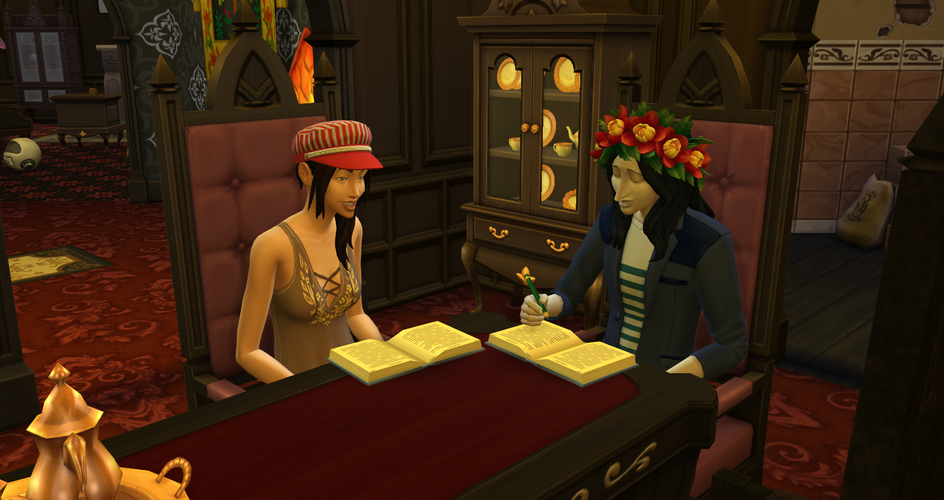 Bradley and Evangeline worked on their homework and looked way too happy about it. Actually, that makes sense since good grades are their ticket to freedom. 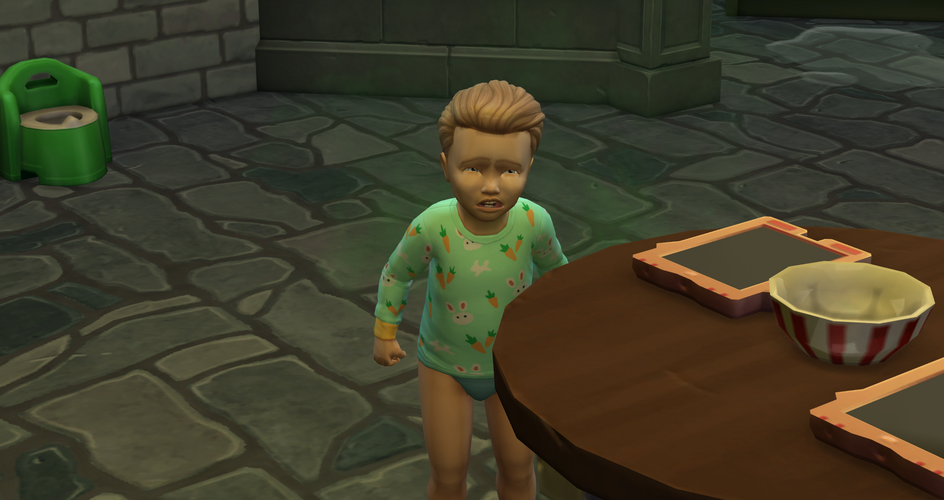 Keaton was miserable, nothing new there. 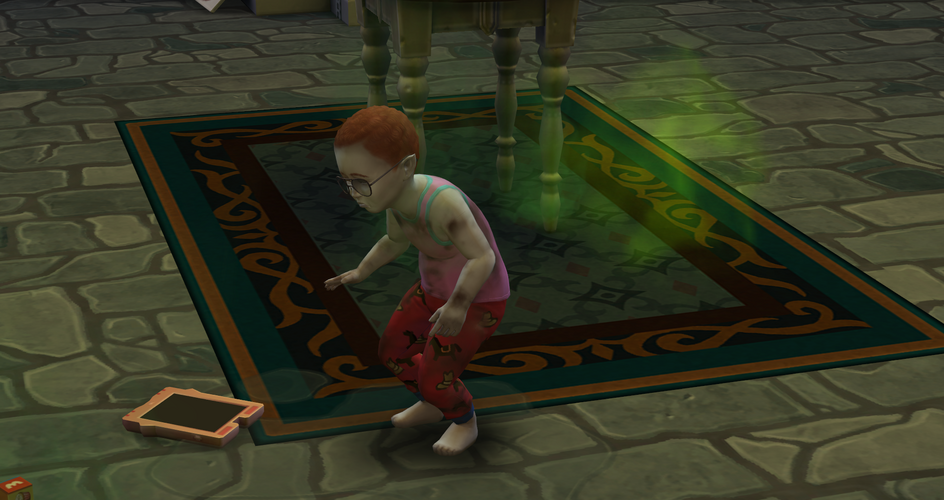 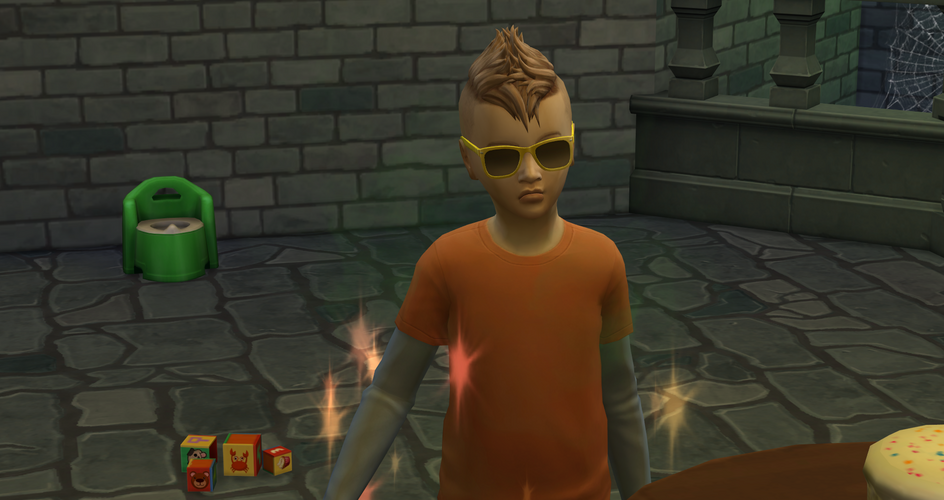 Keaton aged up into a child complete with mohawk and sunglasses. 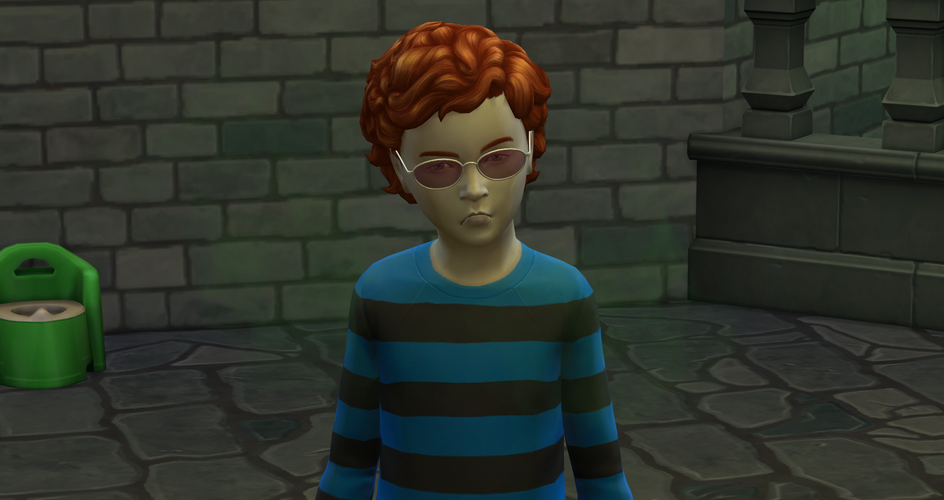 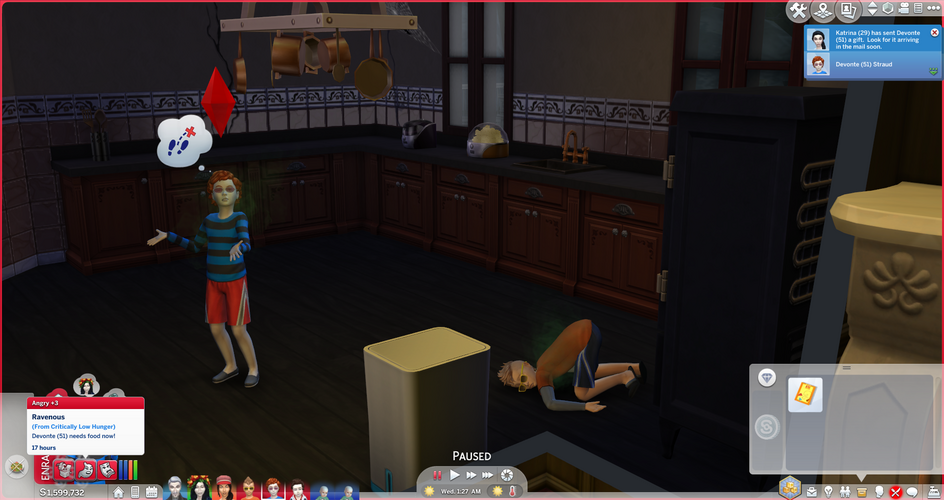 When Keaton became a child, I noticed he was starving so I sent him straight to the fridge to grab some food. Unfortunately, he was also exhausted so he passed out straight in front of the fridge. At this point, Devonte, also starving, objected that his way to the fridge was obstructed. I don’t know why, I just found this way too funny. 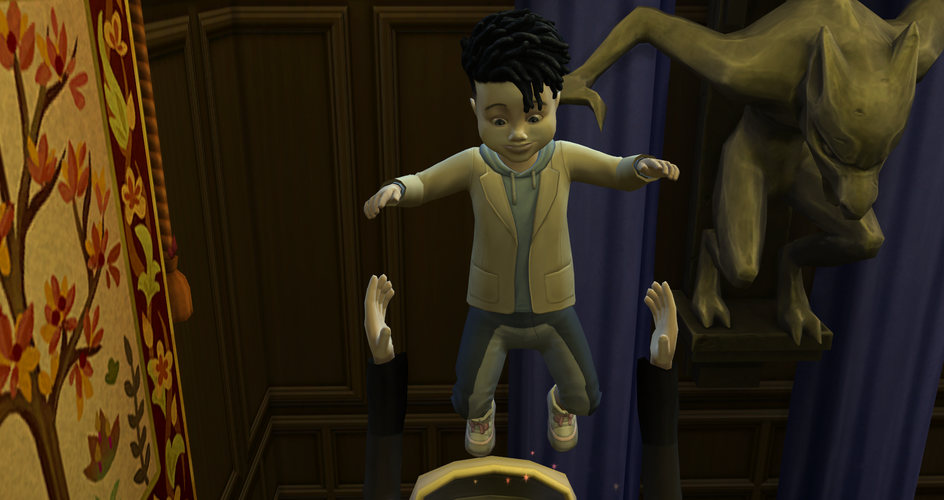 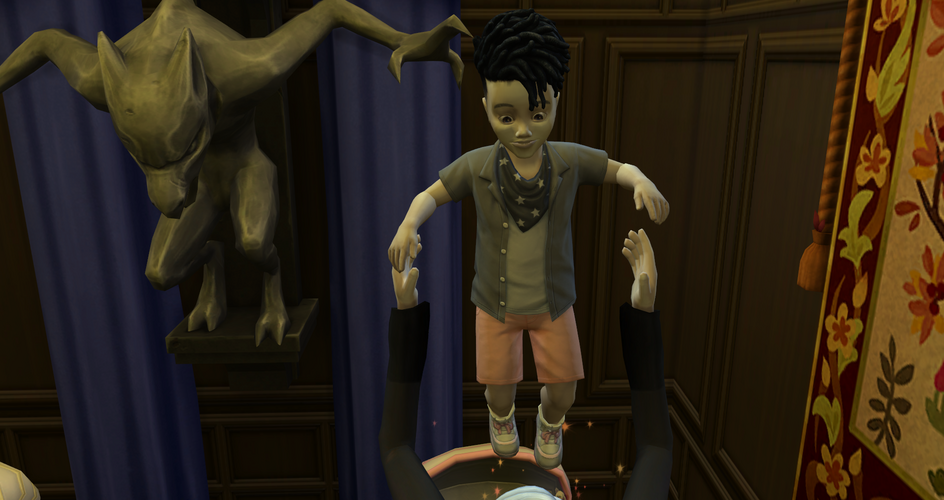 I love how the game gave them both the same hair style! 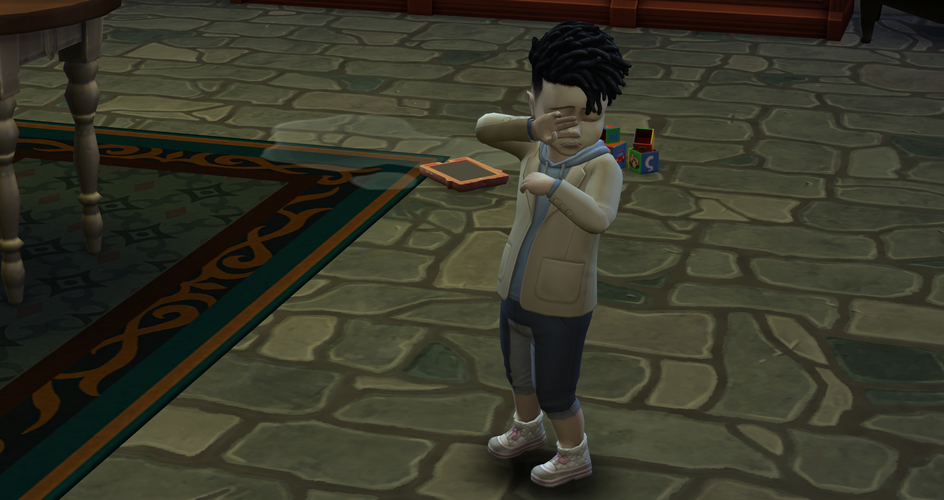 Nicholas burst into tears immediately upon being incarcerated in the dungeon. Can’t say I blame him. 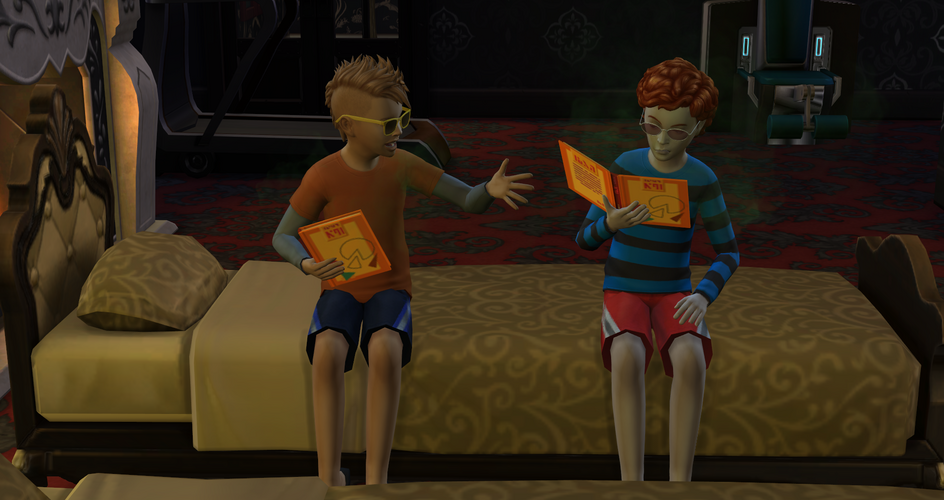 After recovering a bit from their ordeal in the dungeon (i.e. eating and sleeping to the point that they were no longer starving or collapsing), I set Keaton and Devonte to work on their homework. 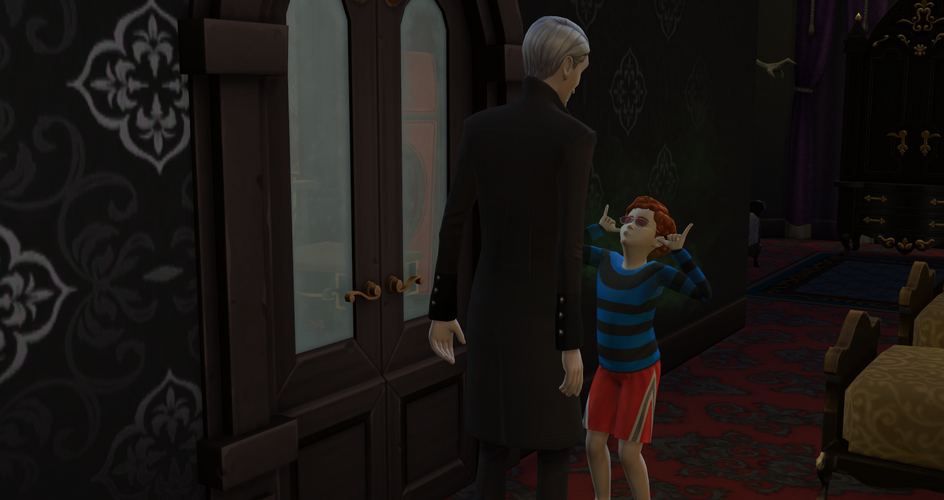 Devonte made a face at Vlad. Somehow I don’t feel as though he is the sort of father to tolerate such ‘insubordination’…

Bradley and Evangeline both got A grades at school the day after becoming teens (most of Vlad’s kids spend only one day as teens unless they become a teen on a Friday evening since they get an A grade very quickly) so I aged them up to young adults and moved them out. 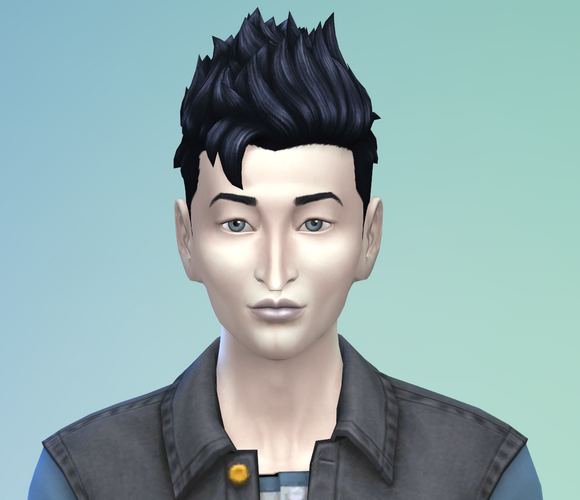 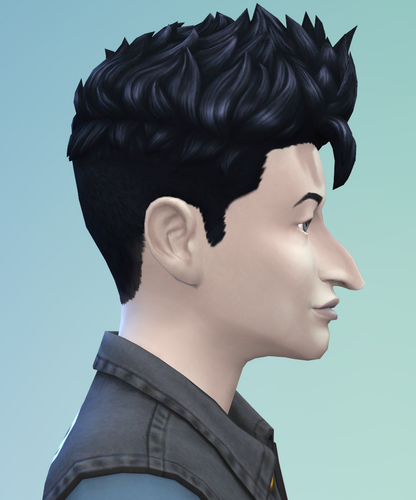 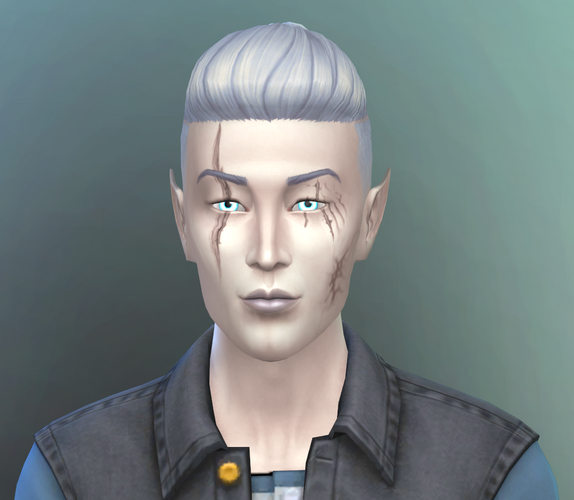 I have to say, Bradley’s dark form is quite attractive (except it has that squished face which many of Vlad’s children get but you can only see that from the side). It’s weird how often the genetics in a vampire’s dark form are so different to the genetics in their normal form. 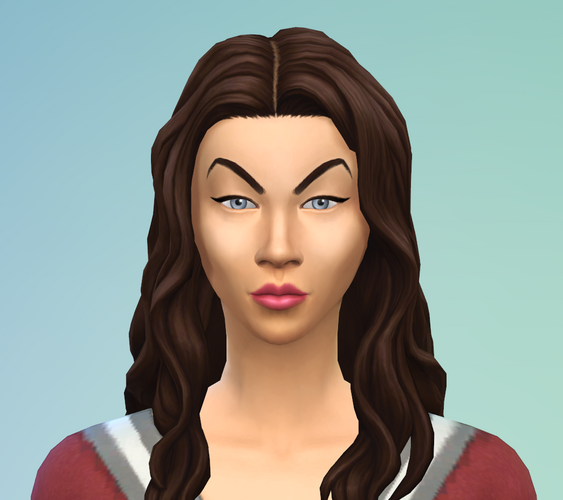 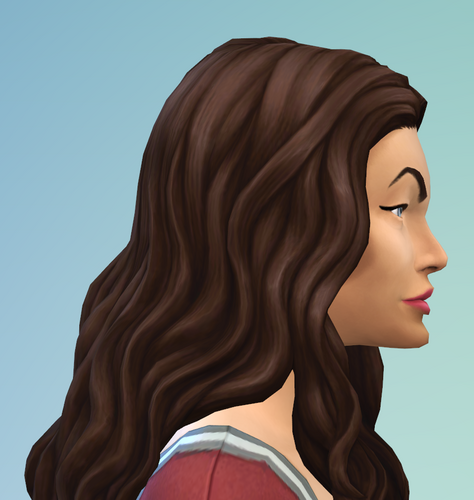 Except for the pointy chin and eyebrows Evangeline isn’t actually too bad! 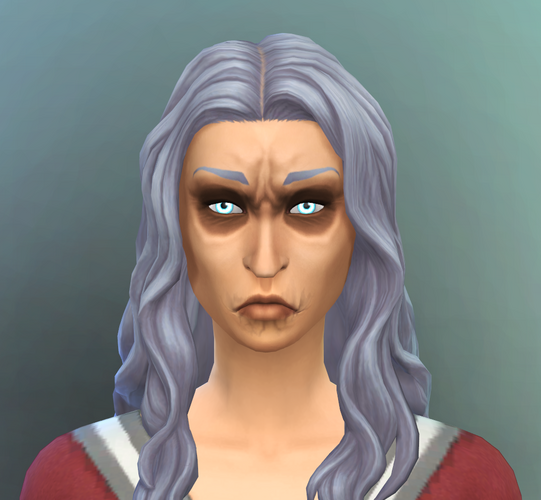 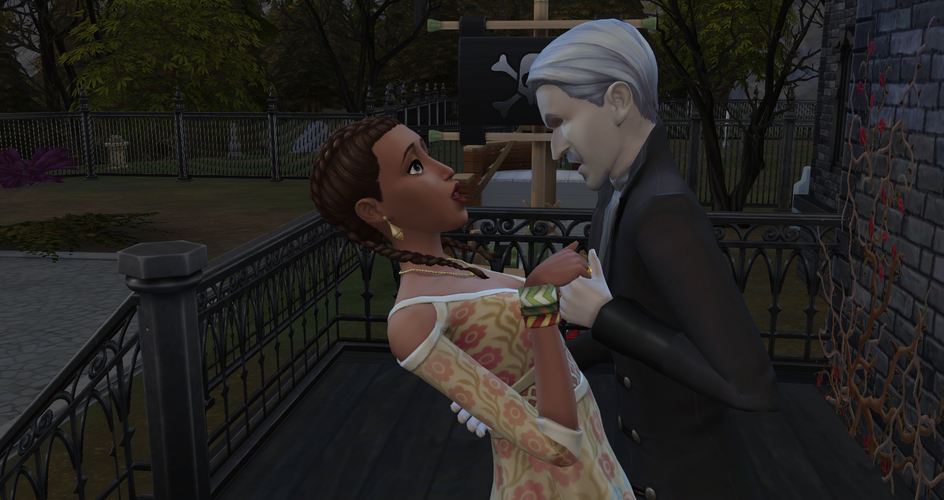 Vlad’s next target was the stunning Alice Martin. This time, I decided to do something a little different.

Lots of screenshots of rocket woohoo incoming because I don’t do this enough and I think it looks so cool. 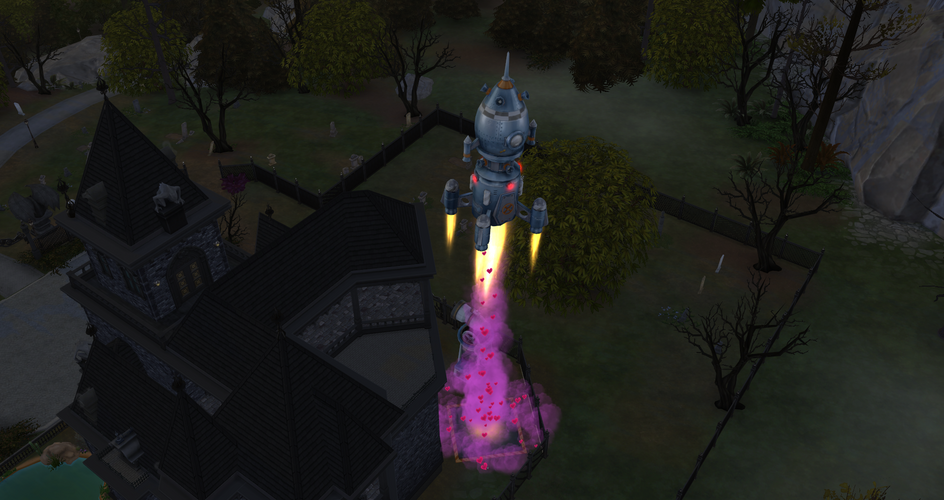 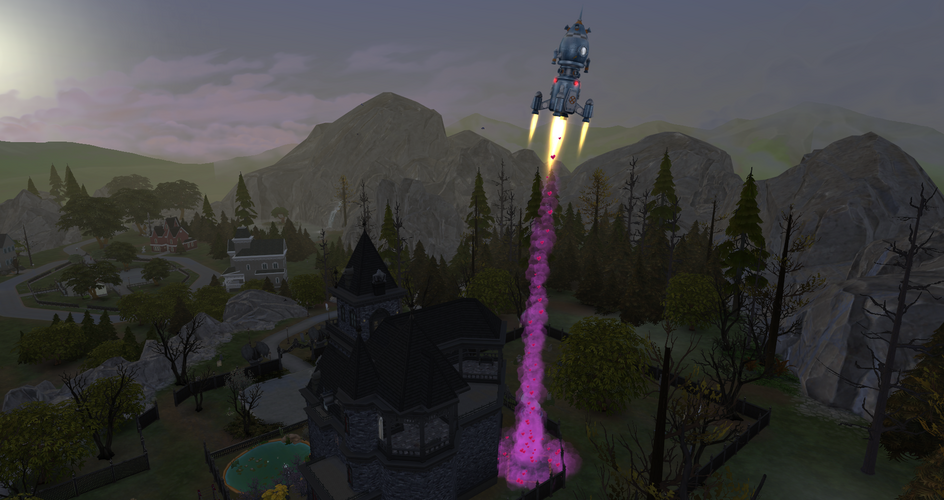 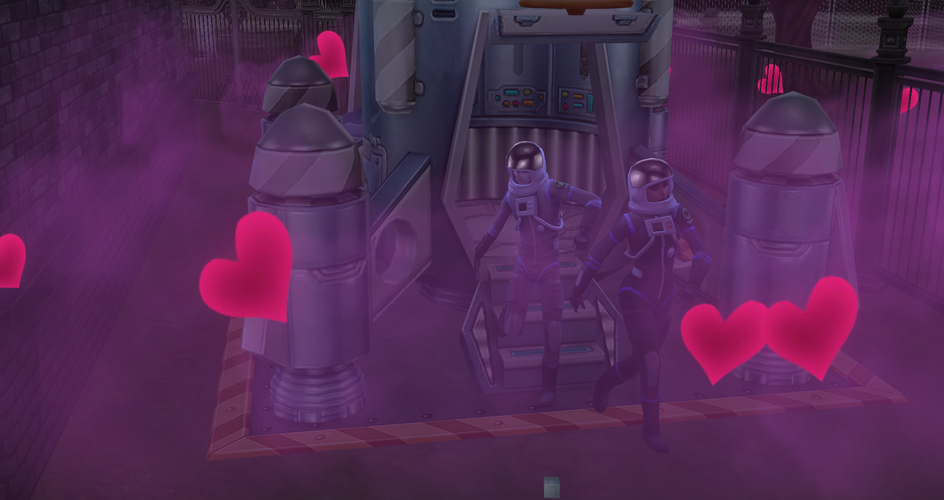 Congrats on joining the fifty-mile-high club, Vlad! Oh yeah and congrats on the pregnancy, too.