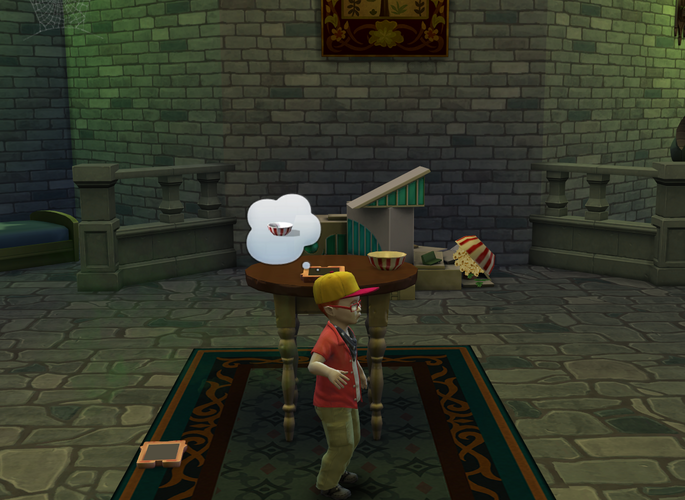 Devonte pondered the problem of the gravity-defying popcorn bowl. If the Sims team don’t fix this glitch soon, the sims may figure out they’re  living in a simulation (a buggy simulation at that). 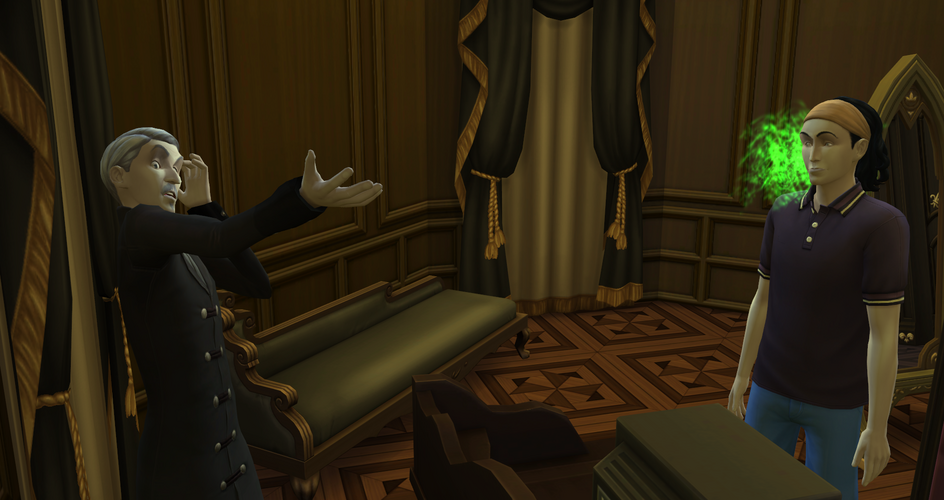 Then, both Carlton and Bryce managed to get an A at school so I went ahead and aged them up to YA. 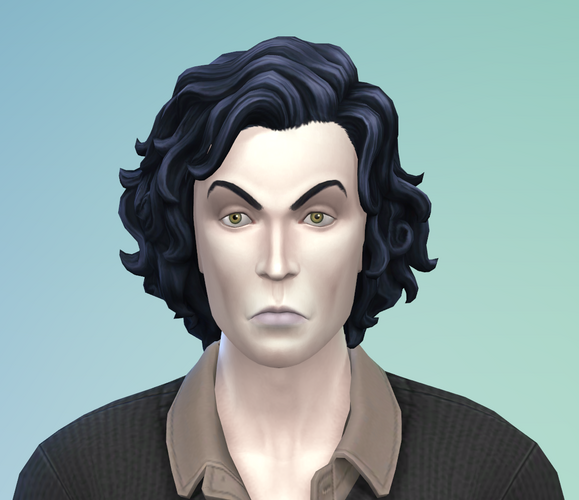 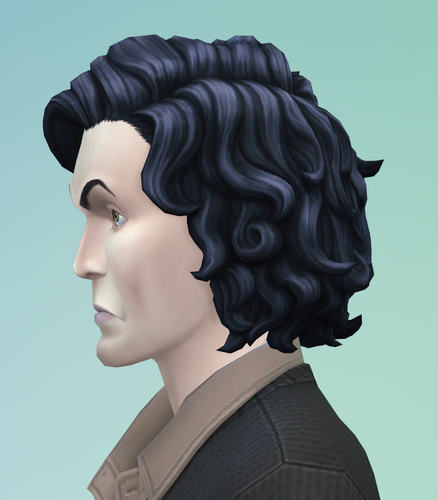 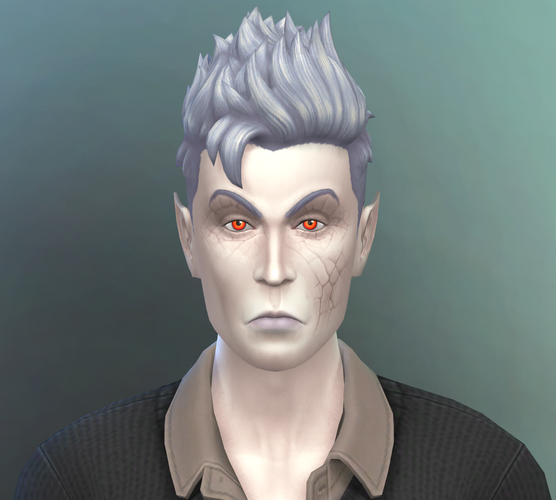 You know, I think that Bryce is kind of cute in a weird miserable-looking way. I can definitely see a lot of Don in him.

Carlton’s normal form (at this stage he wasn’t yet a vampire but there is a picture of his dark form later on): 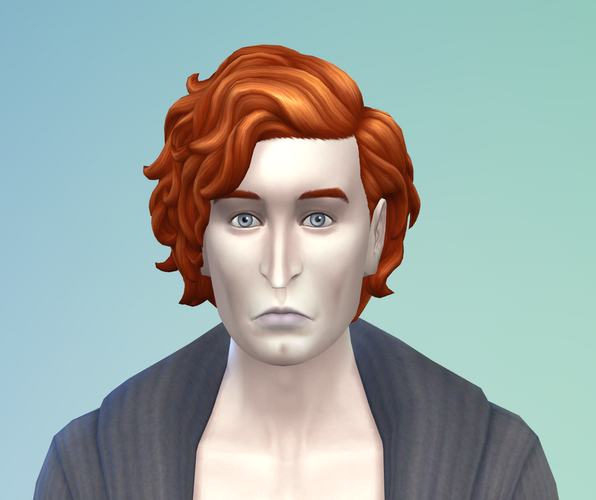 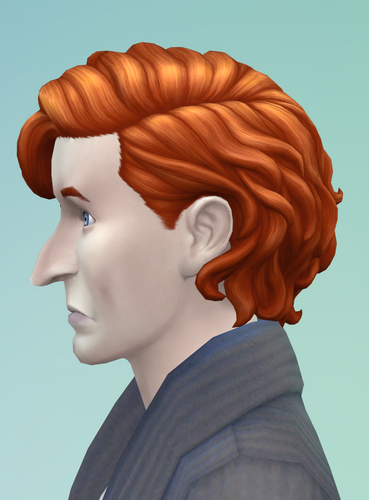 Carlton ended up looking almost exactly like Bryce except for his nose and hair colour. 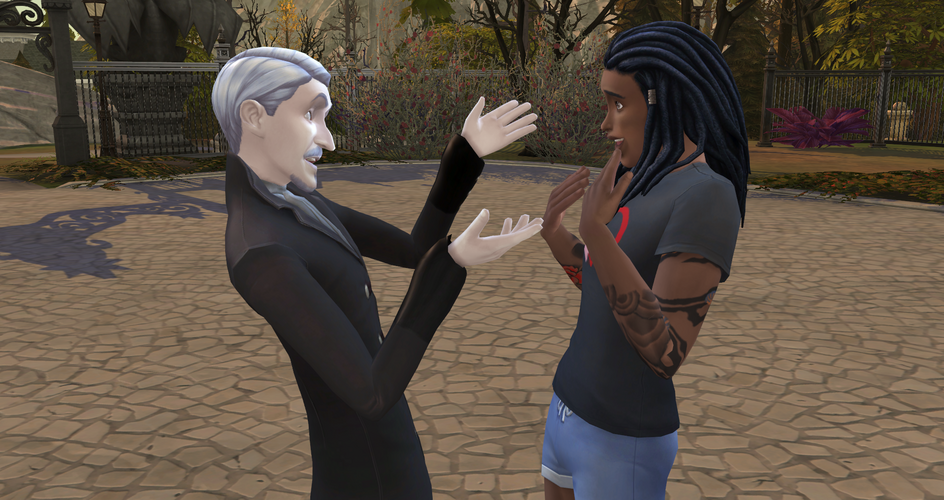 Having kicked out Carlton and Bryce, Vlad wasted no time in inviting over Mark Eggleston to fill the now vacant spaces in the household.

Vlad: I love your genes, Mark.

Mark: I’m not wearing any jeans but er… Thanks. 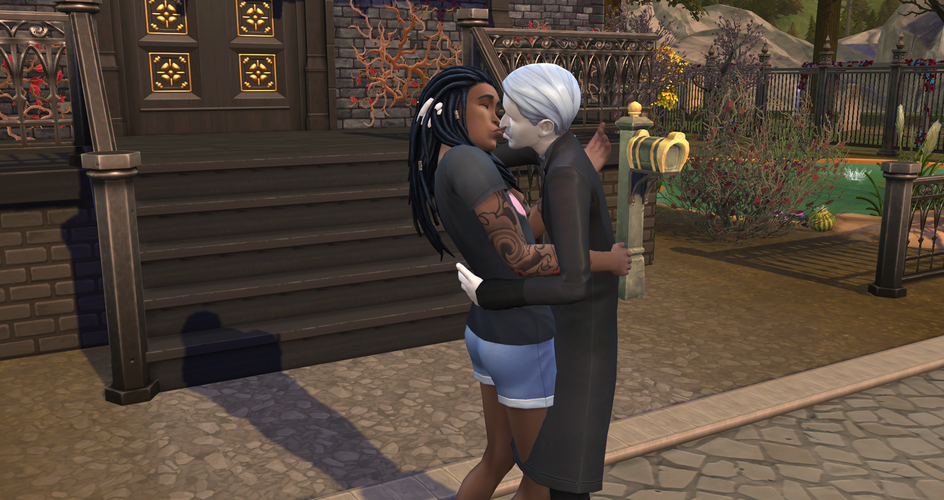 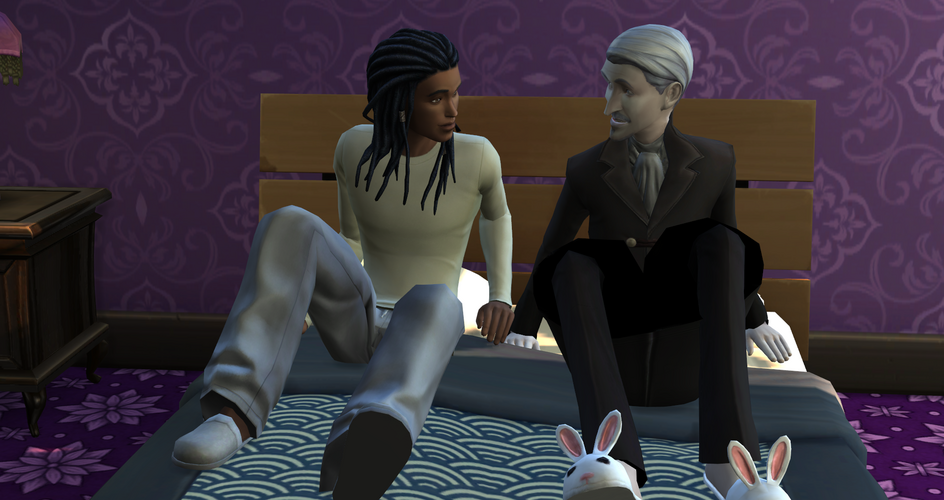 Well, they successfully tried for a baby so Vlad embarked on yet another pregnancy. 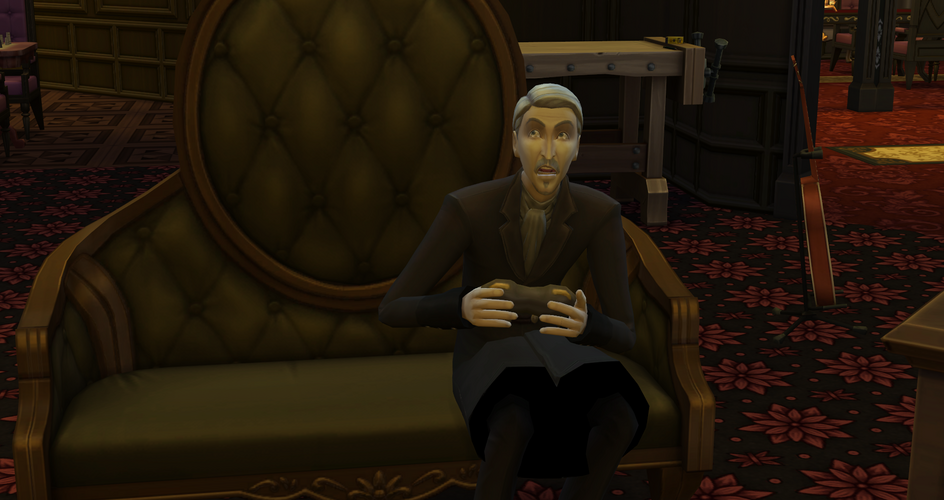 Then Vlad kicked back and relaxed playing video games.

Um Vlad, don’t you have responsibilities to be attending to?

How about these starving-toddler-shaped responsibilities: 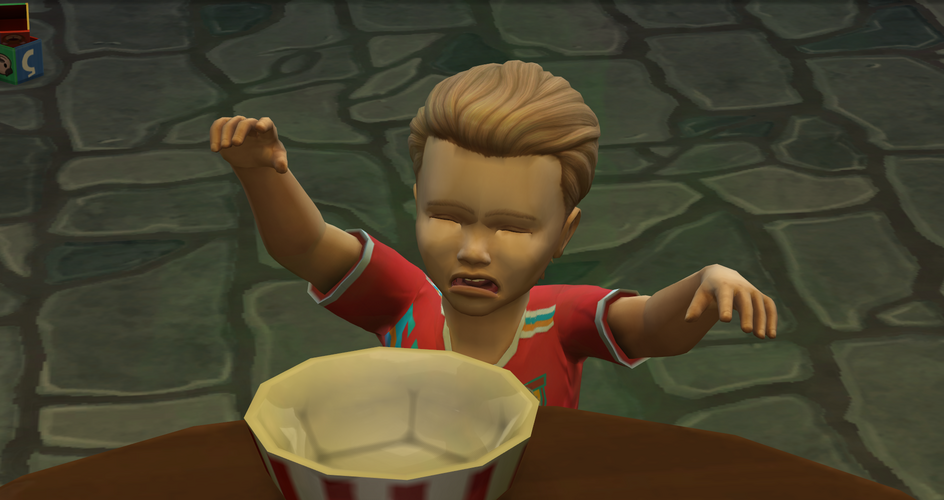 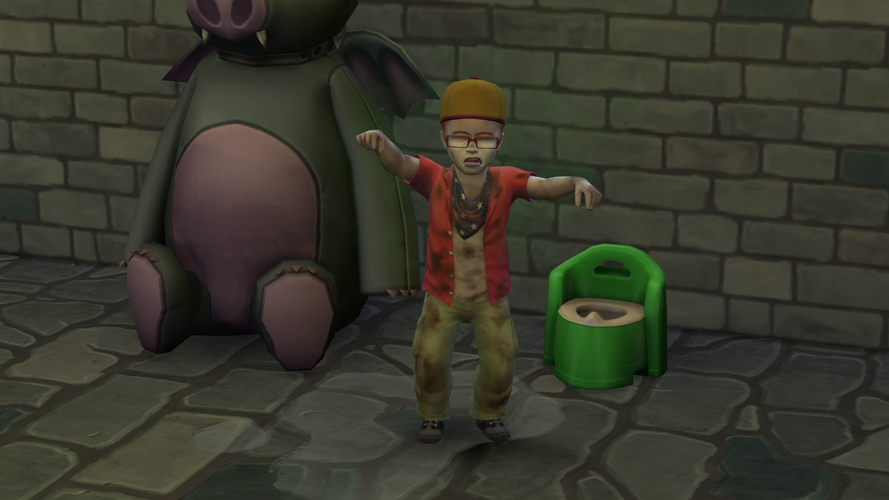 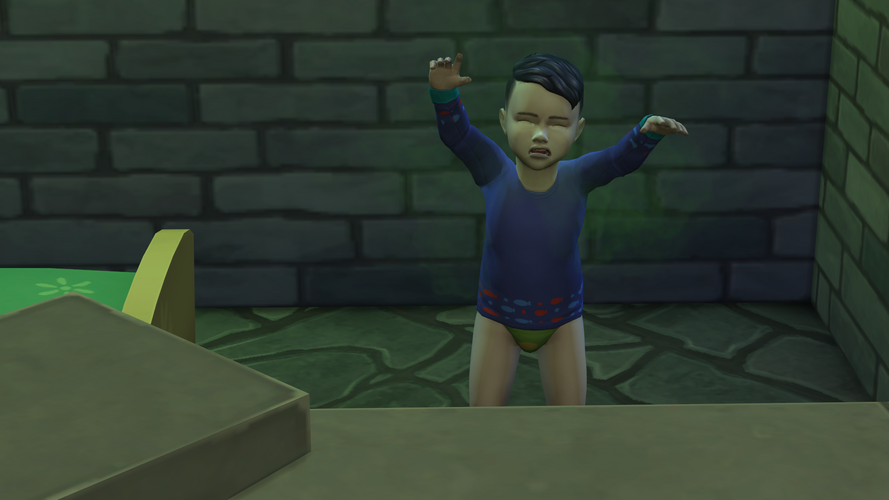 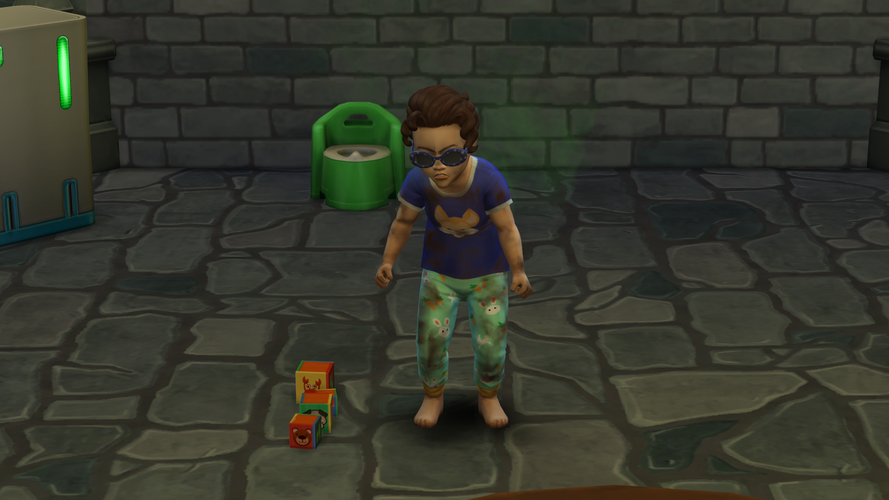 Vlad: Oh pshh they’re fine! They have beds and popcorn don’t they? What more could they possibly need? 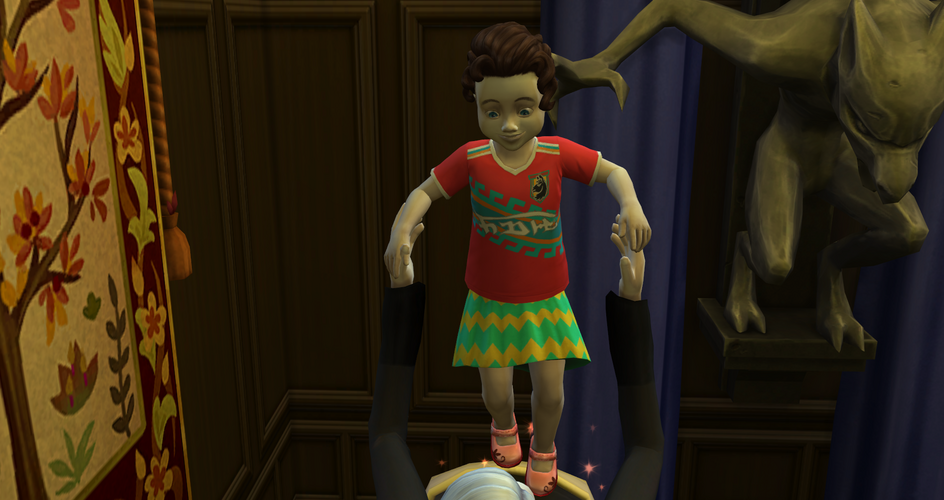 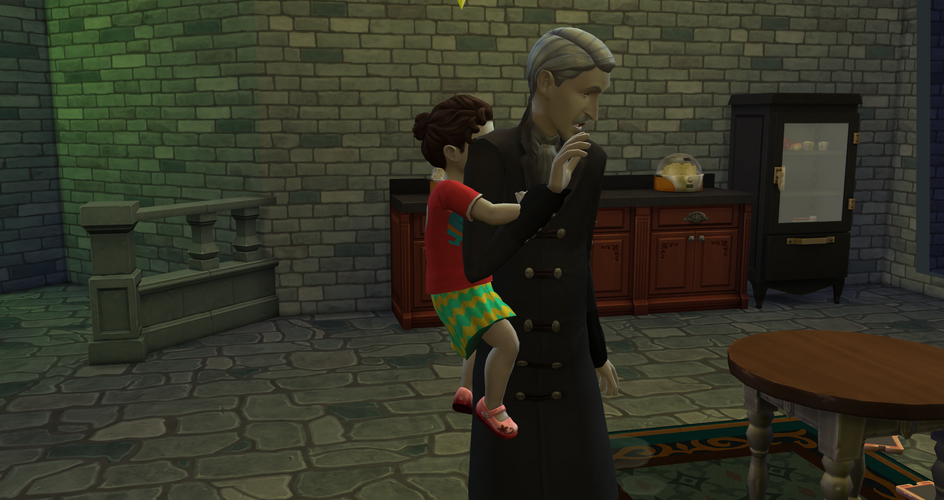 When Vlad tried to deposit her in the dungeon she clung on for dear life. Vlad looks so disgusted. 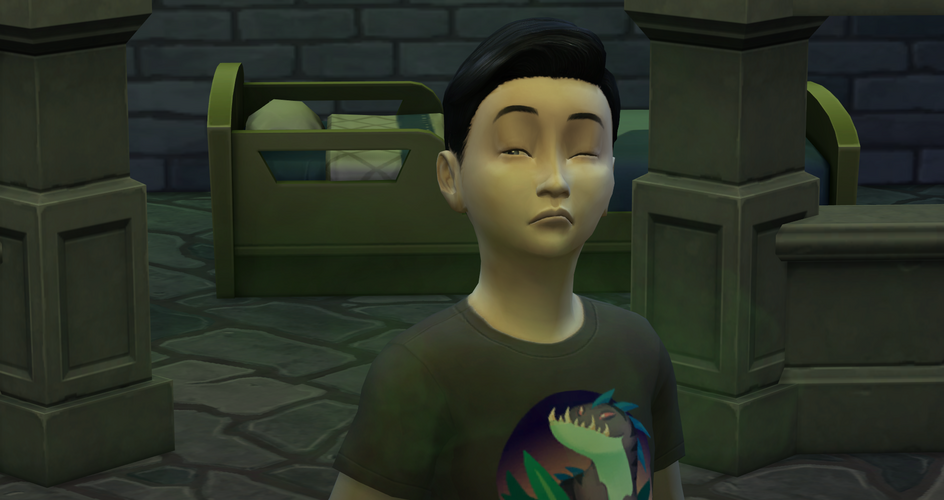 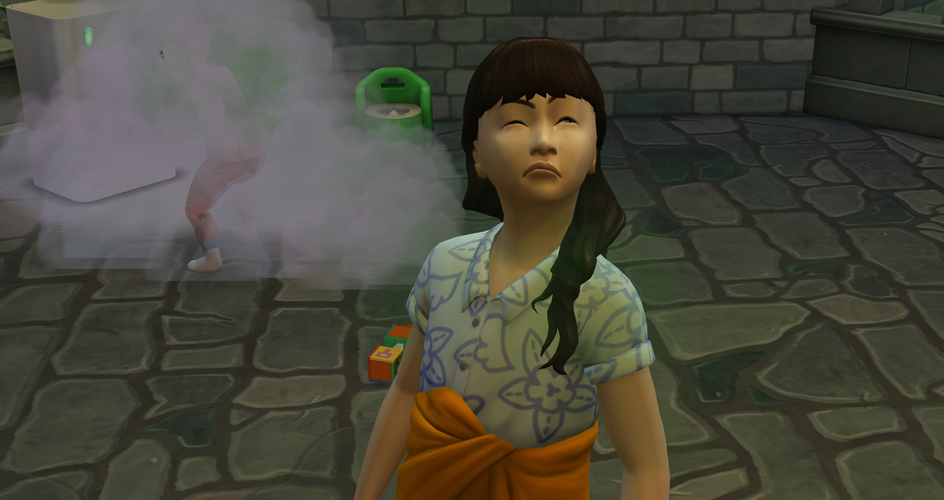 His twin, Evangeline, also became a child. They both look so angry with me, can’t say I blame them. 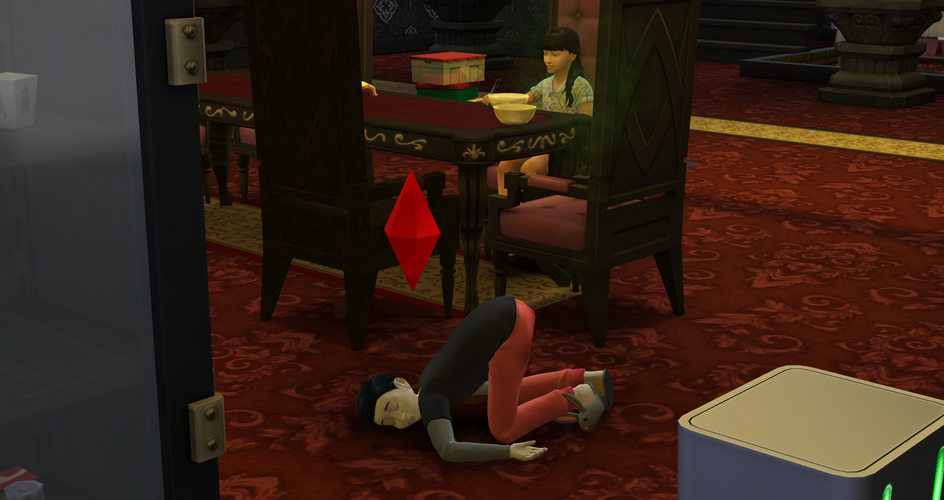 Upon his release, Bradley promptly passed out from exhaustion – either that or the bright lights overwhelmed him. 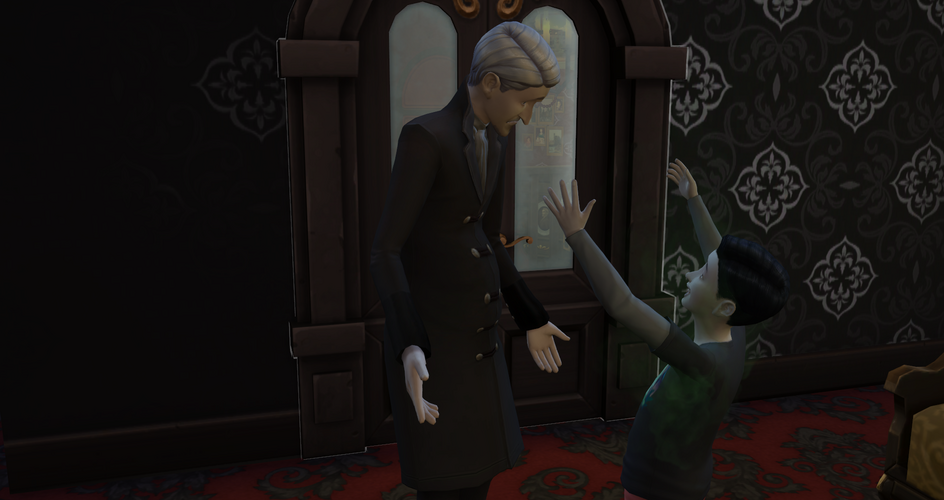 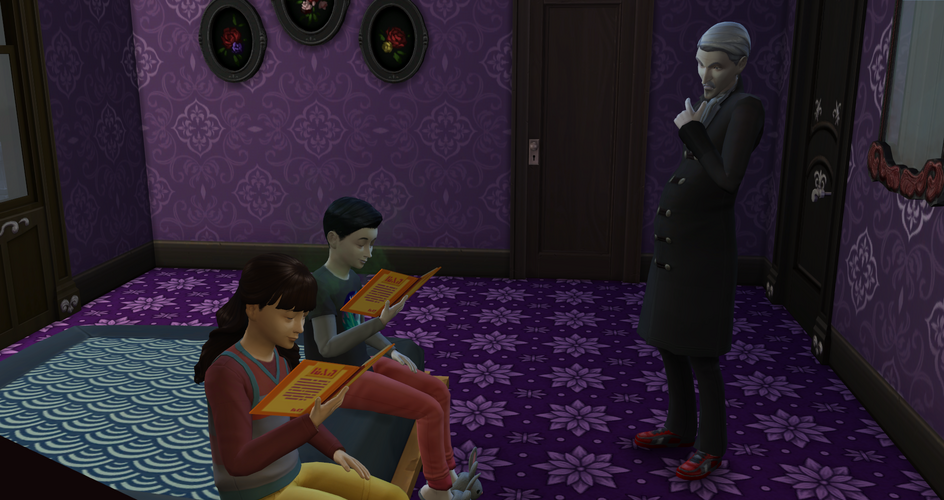 Bradley and Evangeline worked on their homework.

Vlad: Hmmm yes these two new recruits – ahem children – will do nicely in my army – I mean family. 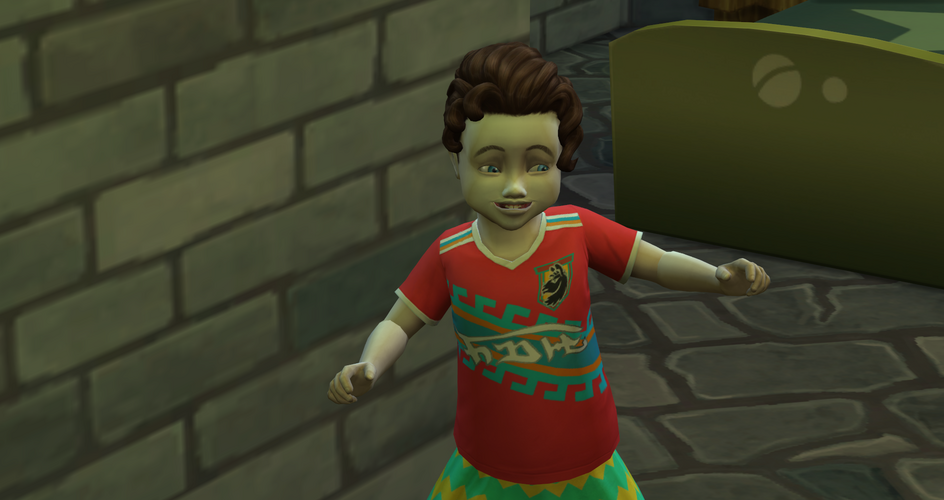 Aww look at Kailani: all cute and shiny and new, not yet broken by the dungeon. It won’t last. 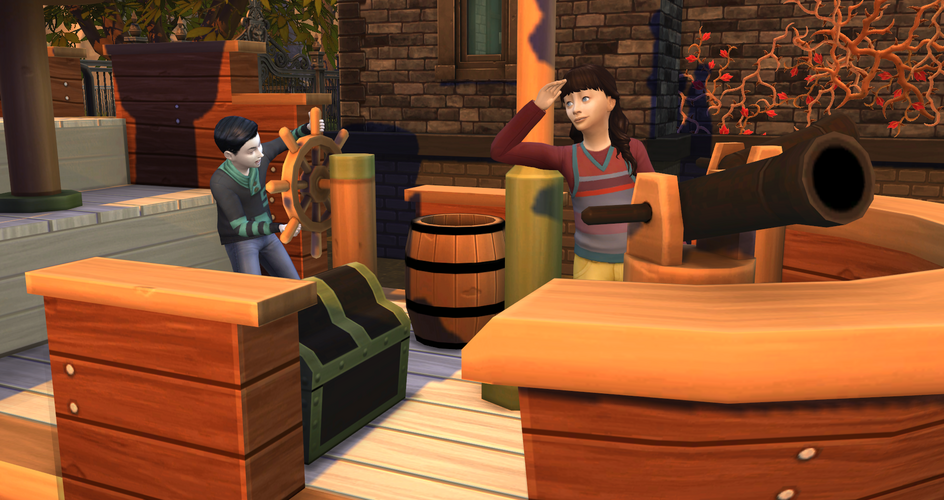 Once their homework and school projects were done and their vampire lore skill leveled up to 4, I let Bradley and Evangeline play outside. This is probably the most fun they have ever had in their lives so far. 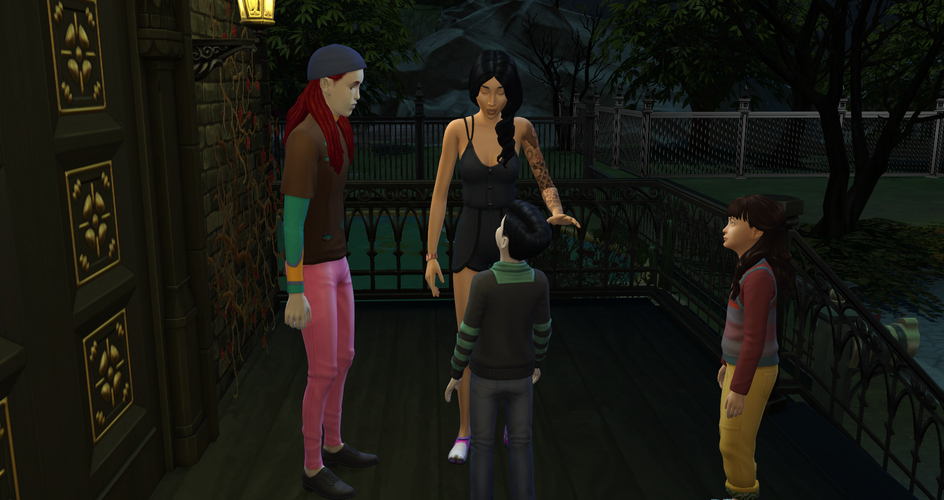 Both Shane and Alice Lewis dropped by to visit. So, Bradley and Evangeline got to meet their brother and their mother.

Alice: Now children you shouldn’t make up such stories. You can’t expect me to believe that your father has been keeping you locked in a dungeon for the past five years! 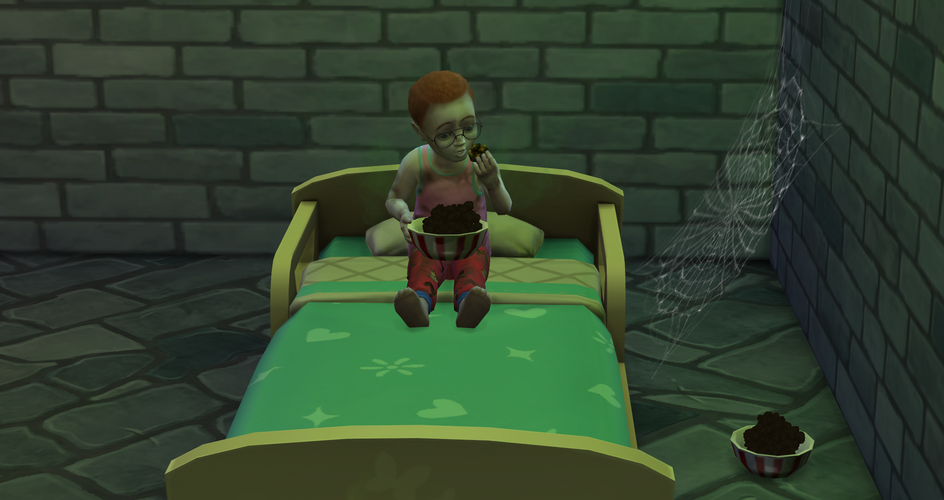 More burnt popcorn was served up in the dungeon. 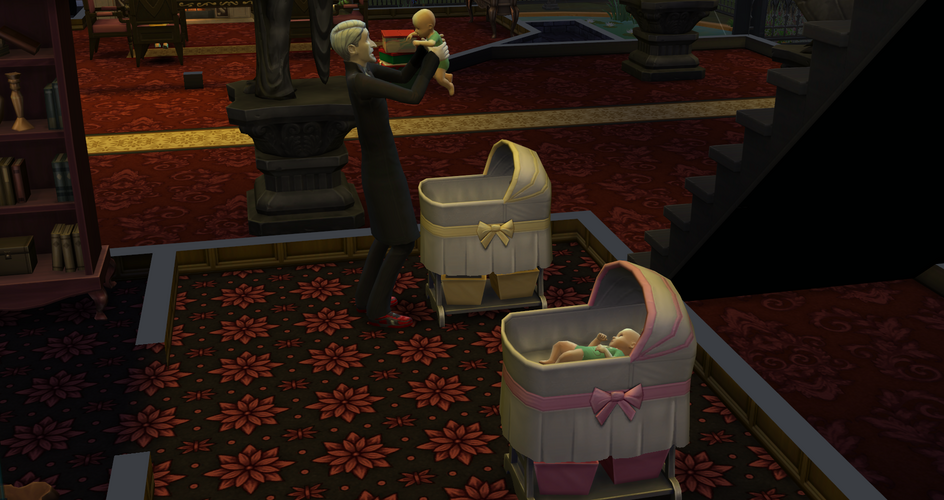 Babies 53 and 54, twin boys, were born. Welcome Nicholas and Chadwick! 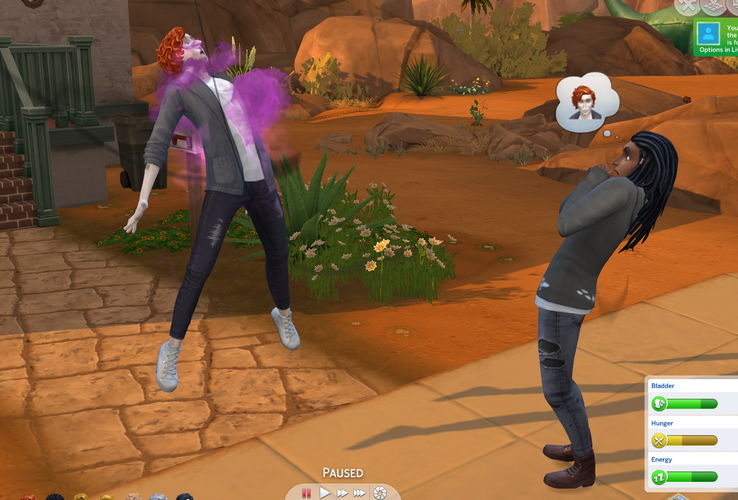 I dropped by to check on Carlton and sure enough he was turning into a vampire. I don’t know why you looked so shocked Westley, you were raised by a vampire with many mANY vampire siblings and live in a house full of vampires! 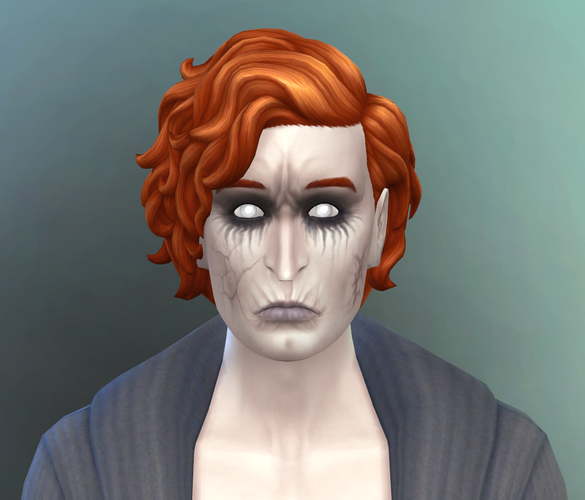 This is Carlton’s dark form.

2 thoughts on “Chapter 28: What Responsibilities?”