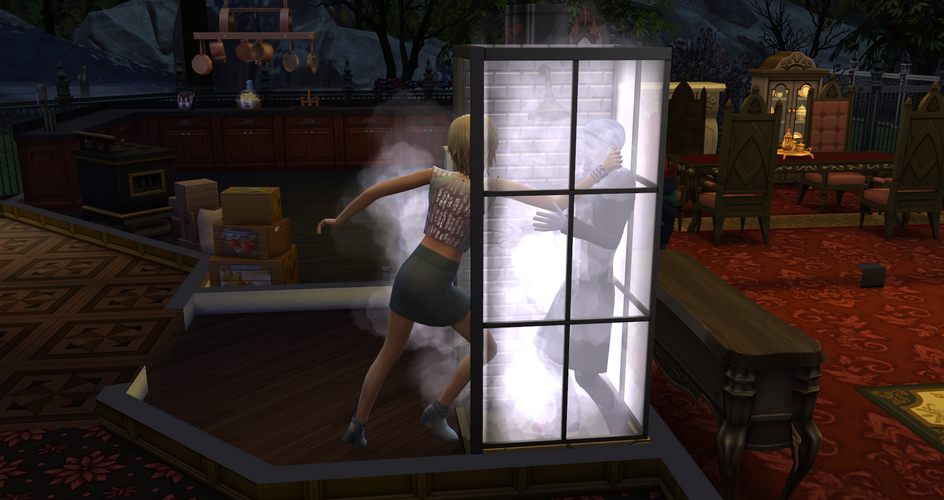 It was time to try for another baby. This time the lucky sim to contribute to Vlad’s growing family was Sofia Bjergsen. Not sure why they chose to woohoo in the shower whilst fully clothed but that’s sims for you. 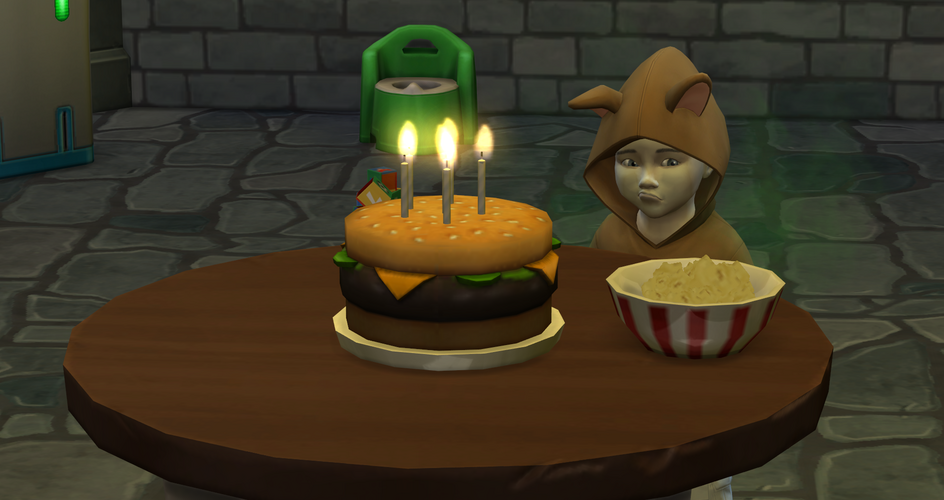 A birthday cake appeared in the dungeon and Bradley wondered whether he could get away with blowing out the candles early and making his escape. Not today bud! 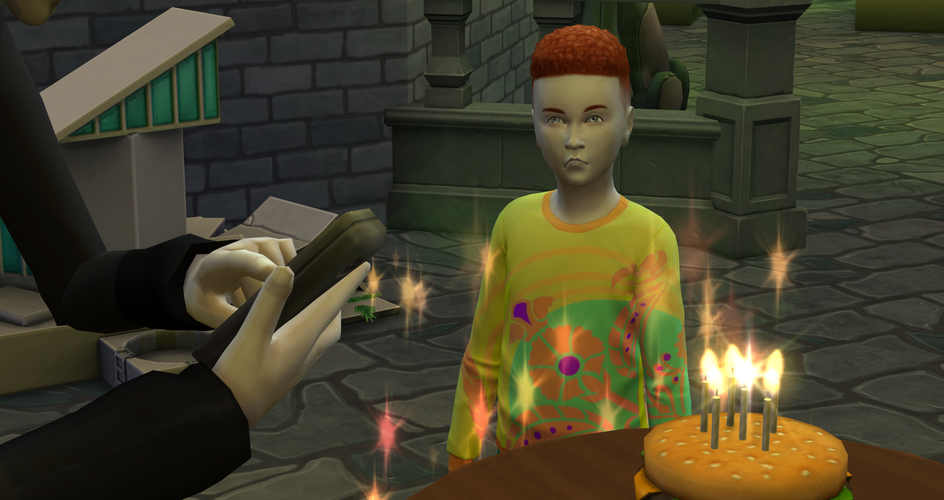 Carlton became a child and took the opportunity to glare at his father. I’d say he hasn’t forgiven you for locking him in a dungeon with only popcorn to eat for all these years, Vlad. I wonder why. Children can sure bear a grudge! 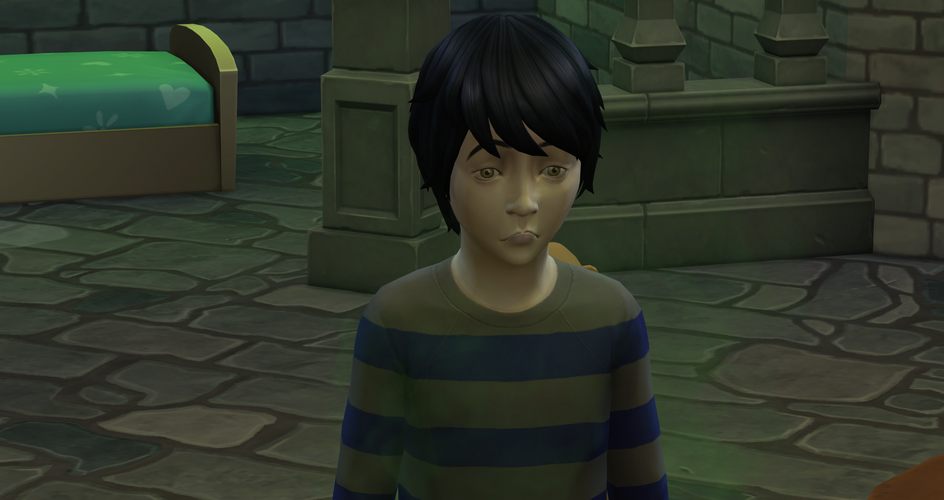 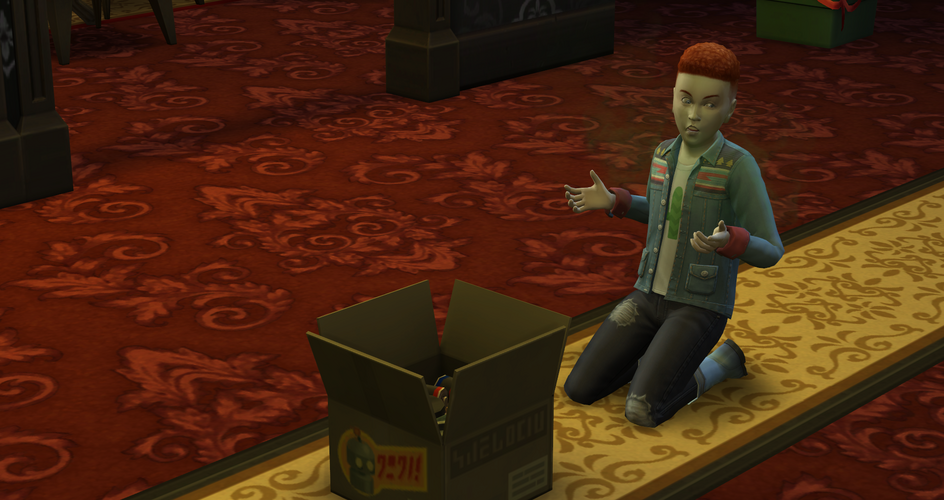 Carlton: “But it’s my birthday and I haven’t even started school yet. Why do I have to do a stupid school project?”

Careful Carlton, an attitude like that with get you a life sentence in the dungeon. 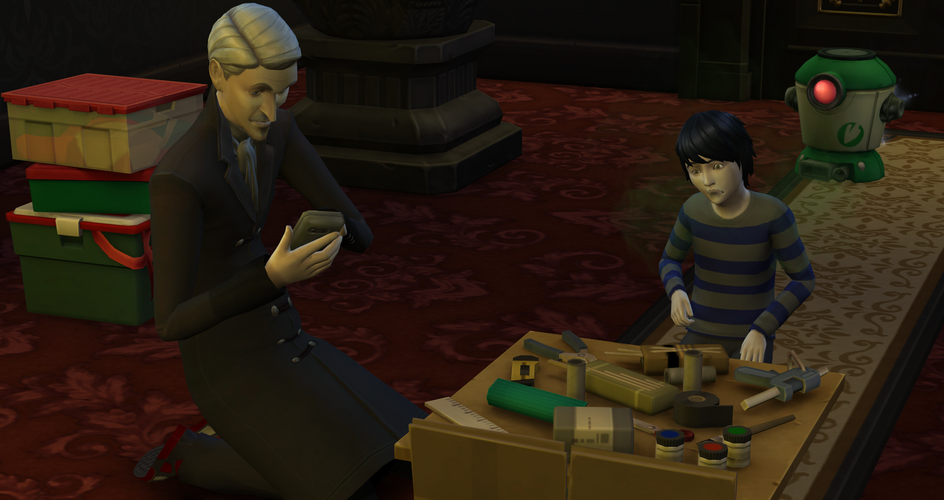 Bryce: “Dad, can you help me with this project?”

Vlad: “I am helping”

Bryce: “You’re playing with your phone…”

Vlad: “Oh for crying out loud, I’m here aren’t I? How much more can you children demand of me?” 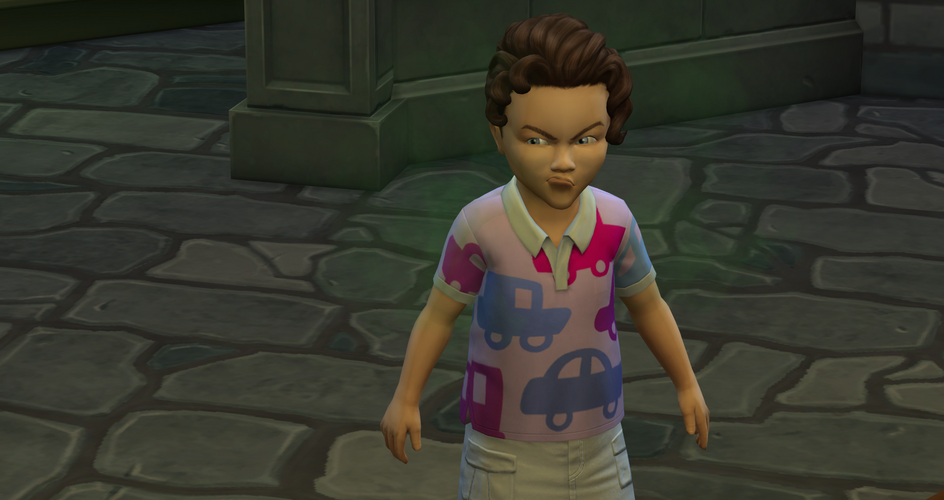 I think Evangeline may have murderous intentions. That face was made for scowling. 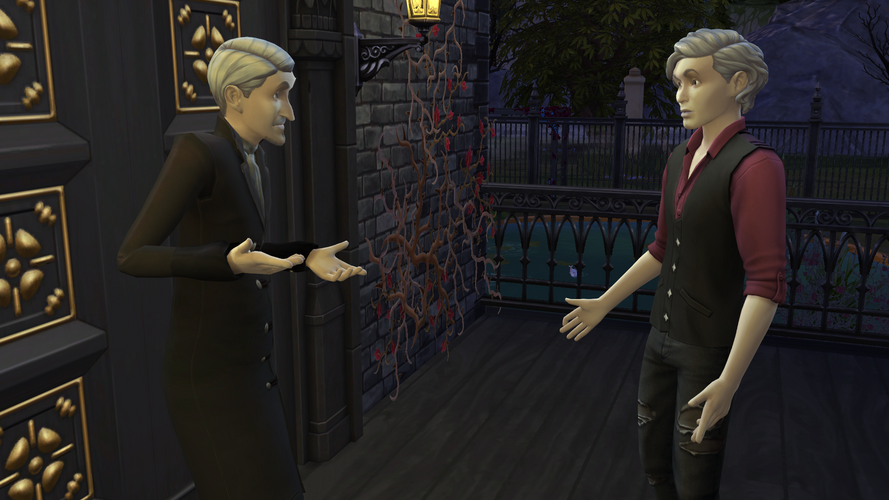 Bernardo dropped by for a visit. Honestly I don’t know why, after what he went through in this house he should be running for the hills. Maybe his therapist told him it was important for him to talk things out with his father.

Bernardo: So about your parenting strategies…

Bernardo: Don’t you ever think locking toddlers all alone in a dungeon might be bad for their long term mental health?

So, that glitch where a sim gets stuck in a conversation with another sim happened so I had to have Vlad leave the house in order to end the conversation. While he was out he had his first kiss with both Leslie Holland and Mark Eggleston. 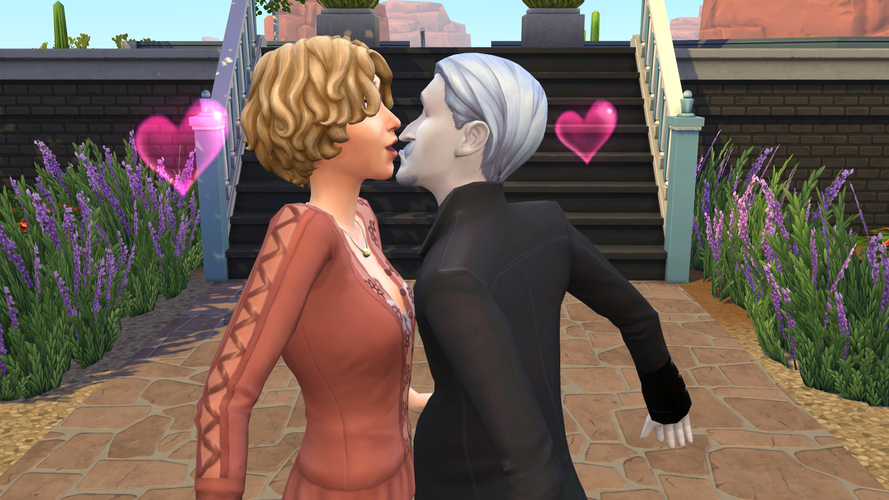 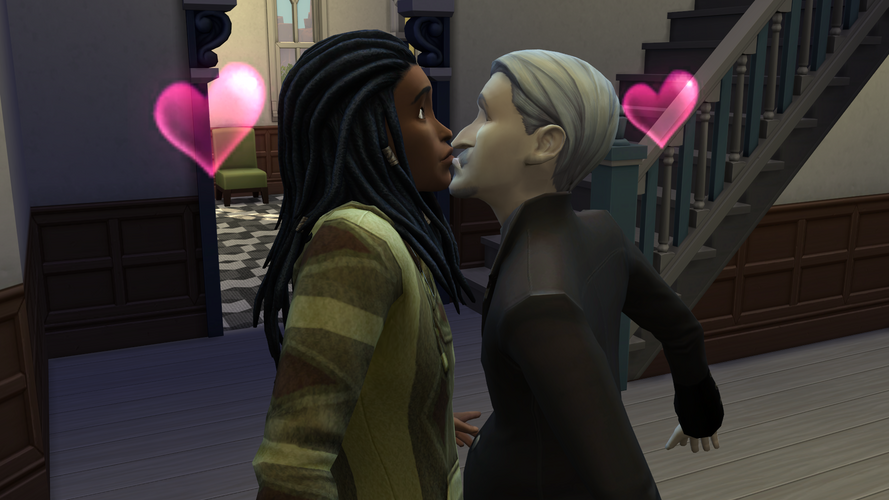 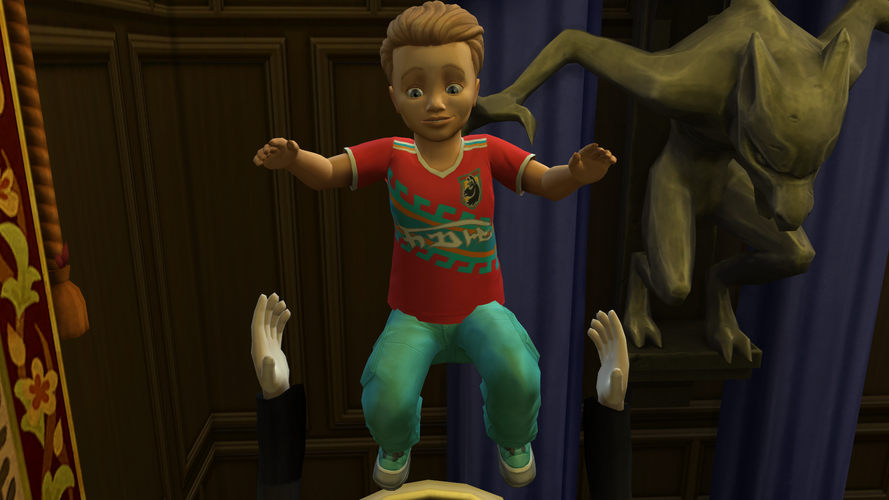 Keaton became a toddler. I know it’s early days but for one of Vlad’s kids he is looking pretty good. Maybe Angelica Pleasant does have good genes as I suspected. 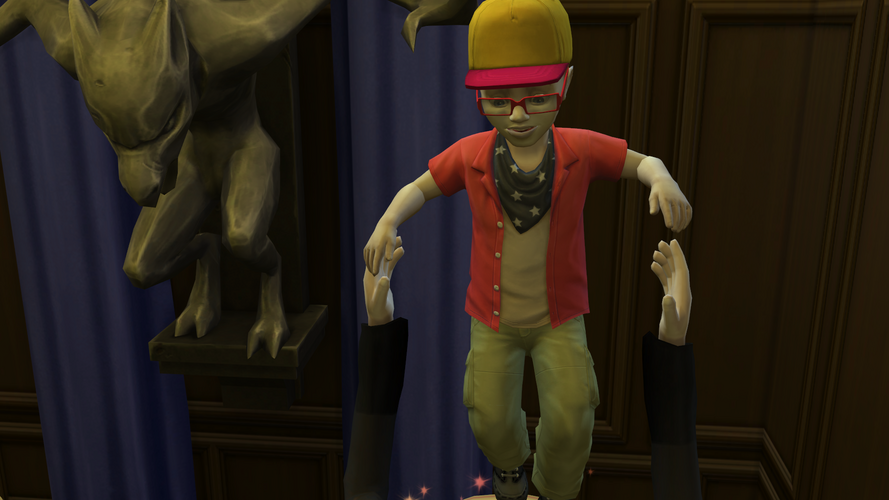 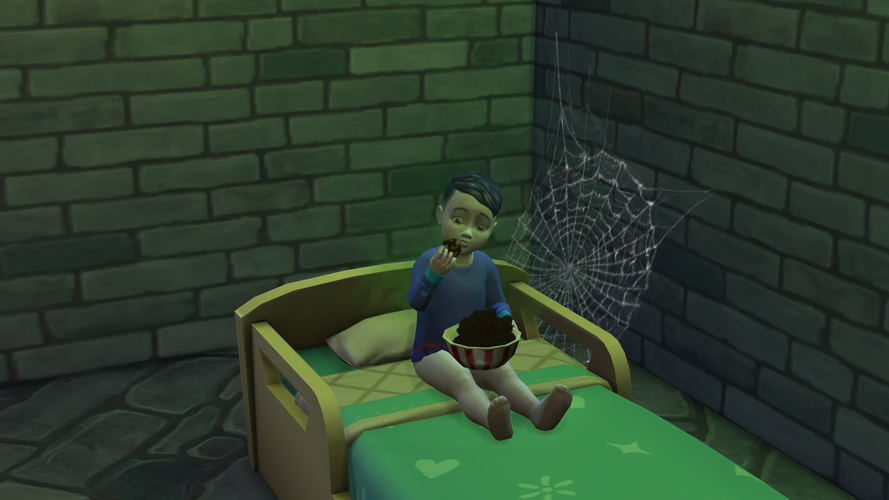 Bryce chowed down on burnt popcorn, by now apparently insensitive to its charcoal-like taste and consistency. 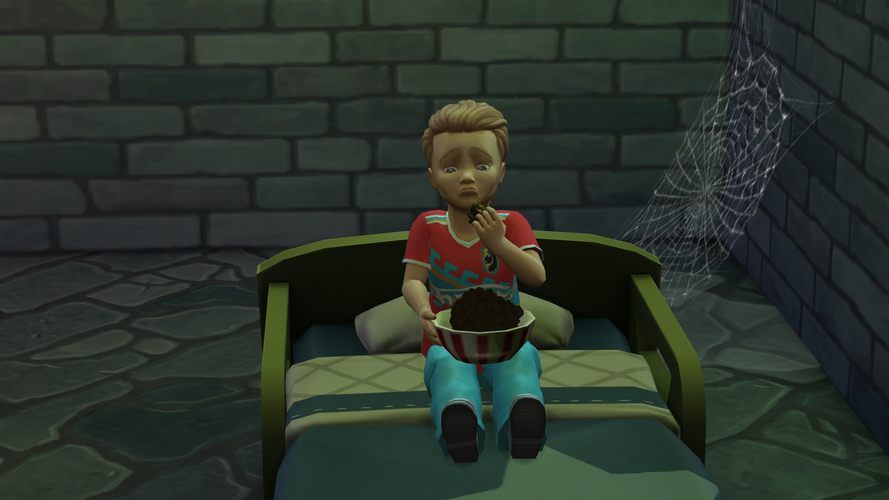 It appears that Keaton is still adjusting to prison food. 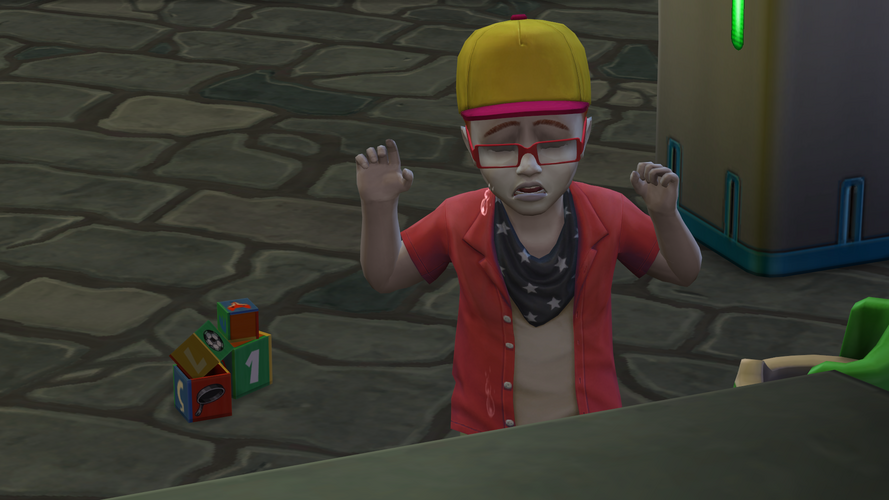 After mere moments in the dungeon, Devonte was bawling his eyes out. Surely those are happy tears – no one could wish to grow up anywhere else! 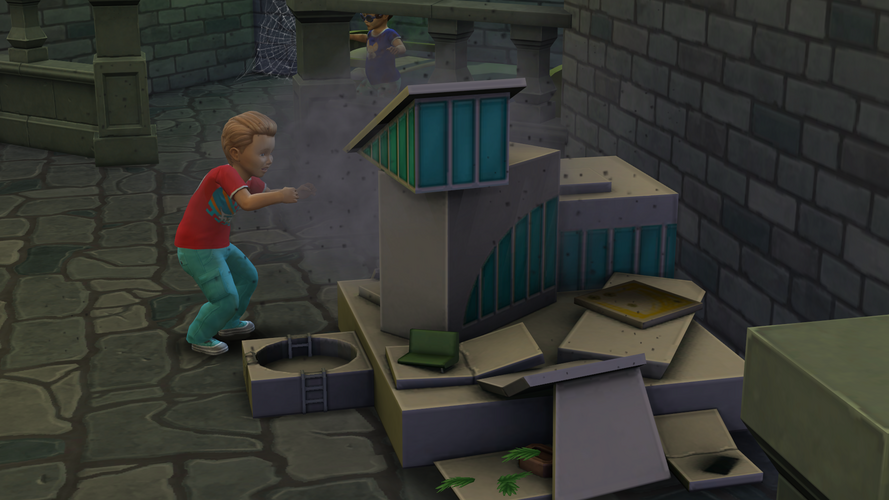 Keaton tore down the doll house practically straight after Vlad had mended it. Now I remember why we don’t bother fixing it anymore. 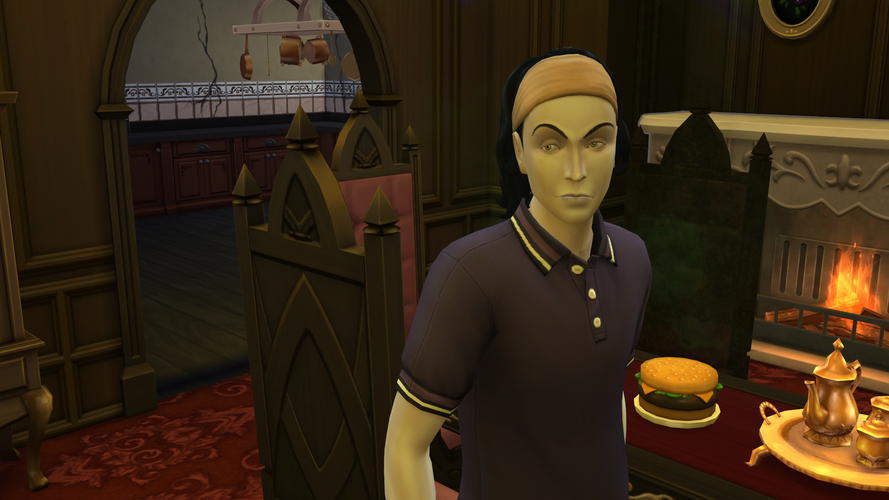 Bryce got an A at school and became a teenager… 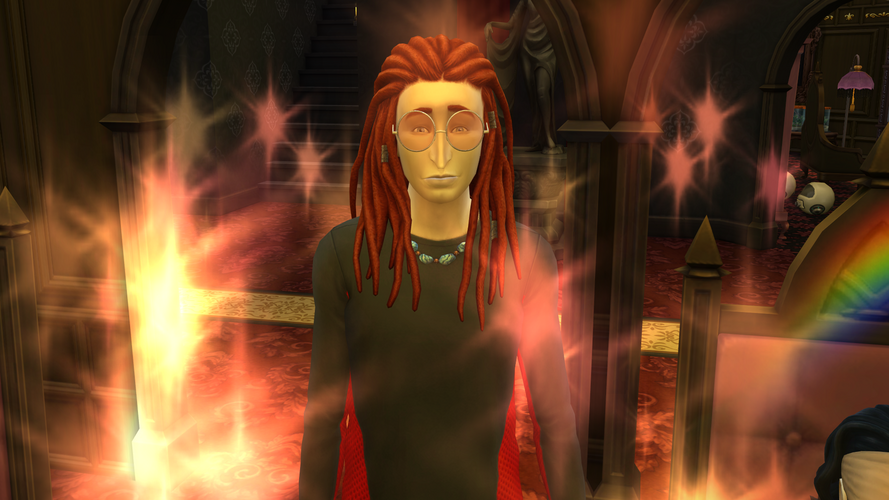 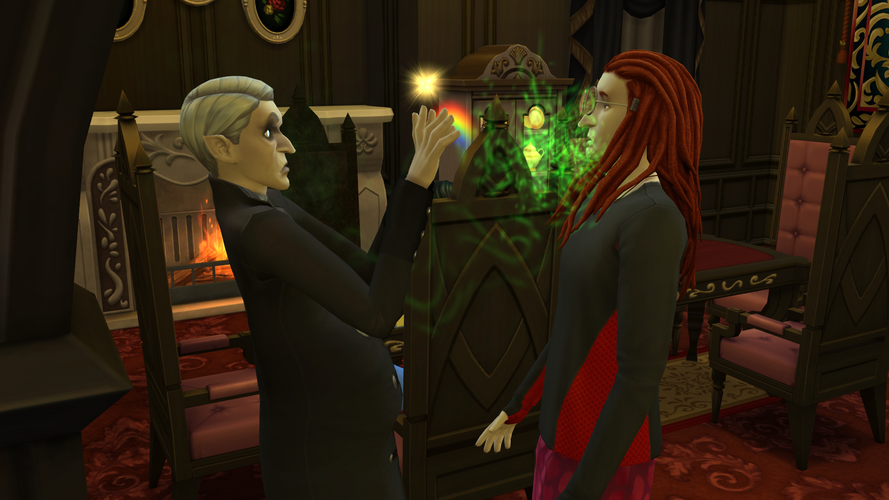 Since Carlton wasn’t born a vampire, Vlad had to turn him. 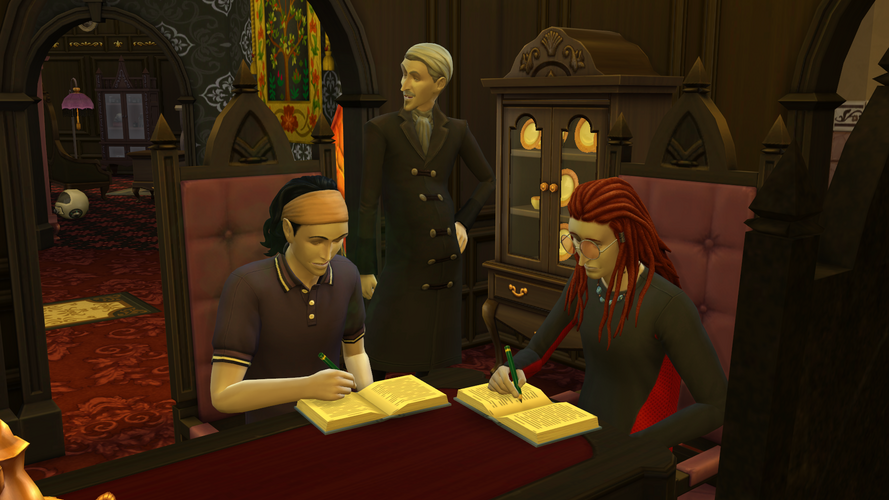 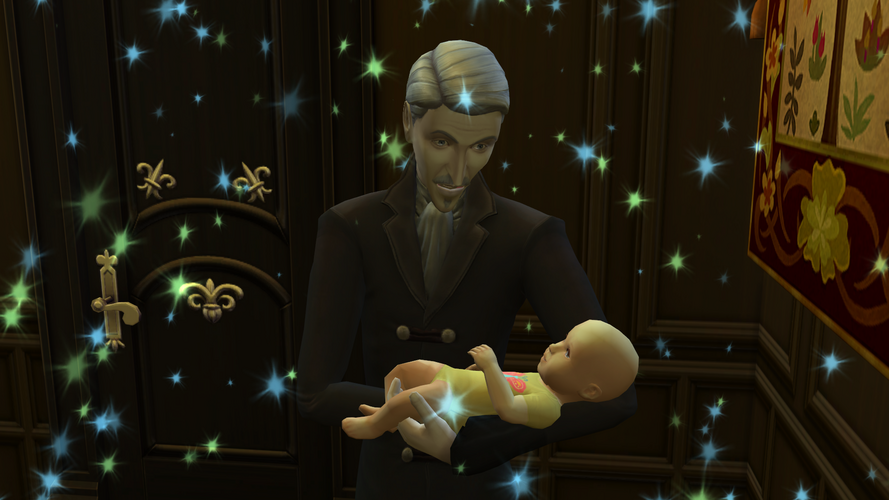 Baby #52 was born: A girl called Kailani. I’ve never heard that name before but it’s pretty. Why do I get the feeling that she won’t fit her name in that way? Oh yeah, because she’s Vlad’s daughter.