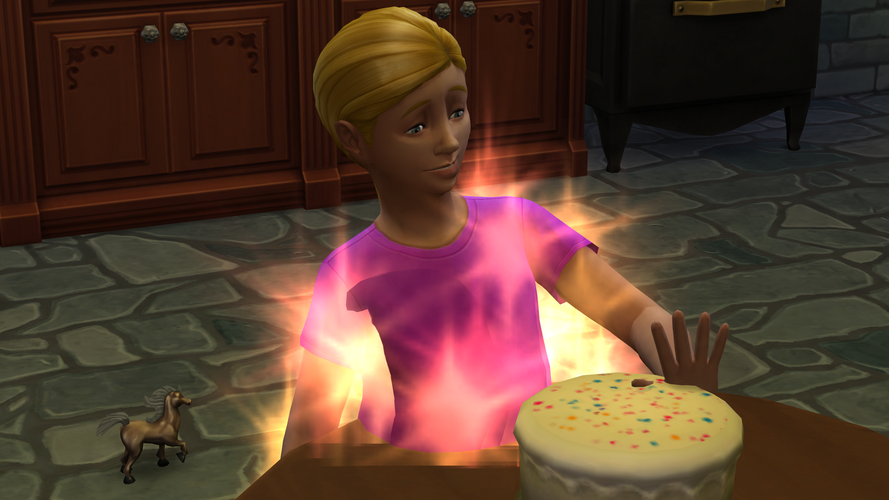 We begin this chapter with Tia becoming a child. 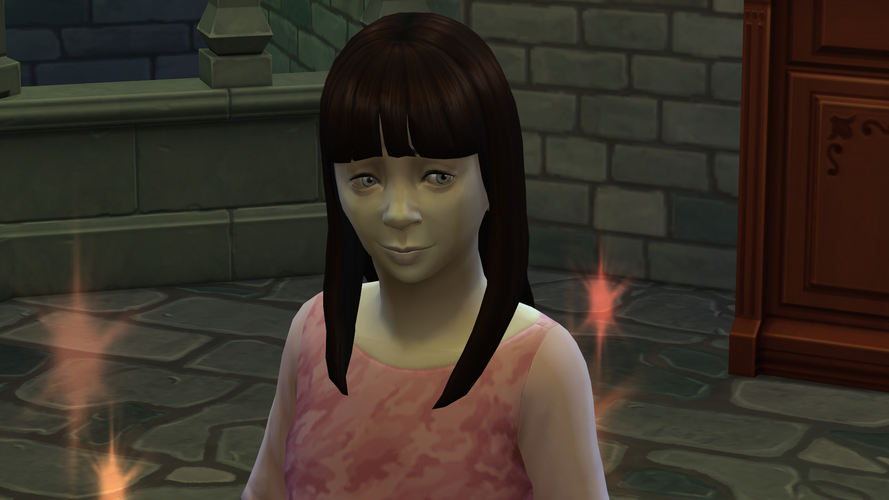 She was followed shortly by Lillie. 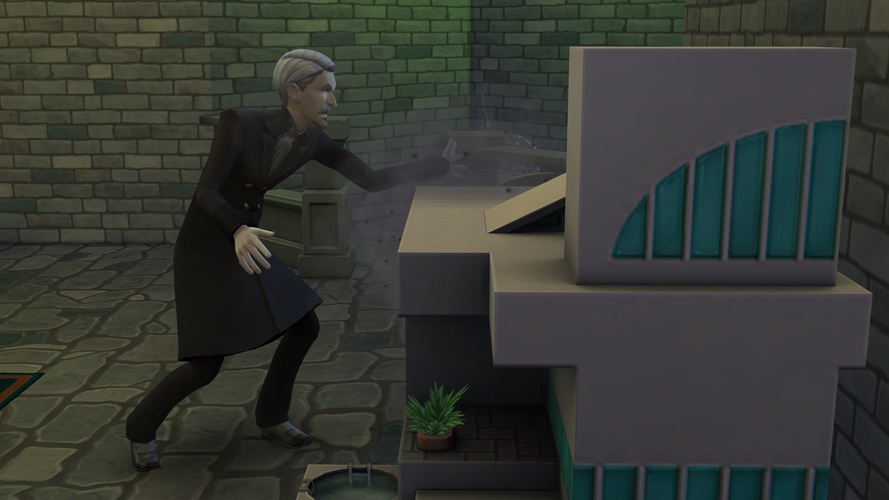 The dungeon was empty… Until Vlad dashed down there to destroy the dollhouse. He really went for it too – I can see true hate in his eyes. I think this challenge might be sending him a little loopy. Popping out 40 babies is probably enough to make anyone crazy. 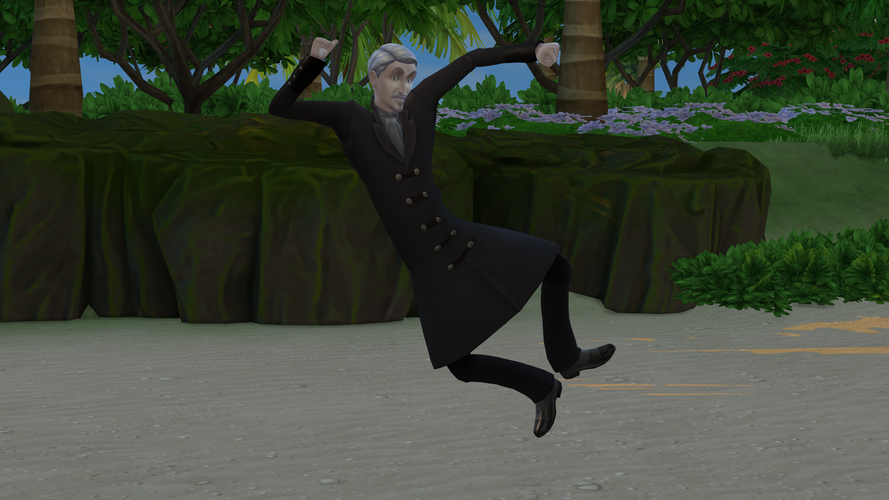 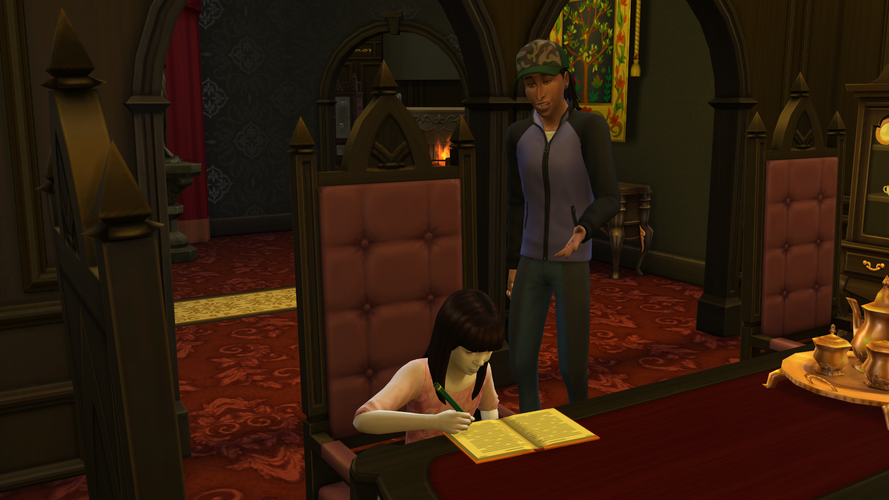 With Tre now a teen, he became an unpaid tutor and nanny for Vlad. Here he is helping Lillie with her homework. 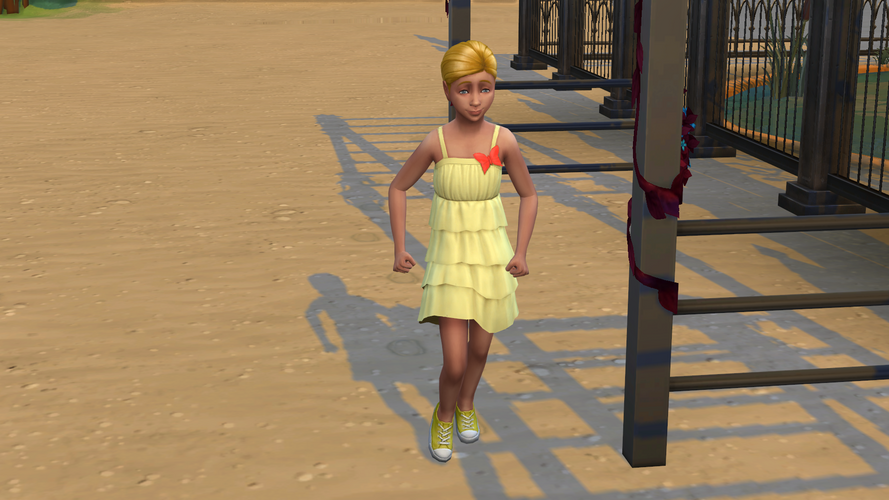 I noticed that the game had actually managed to dress Tia in a nice outfit. Those shoes match her dress so well! 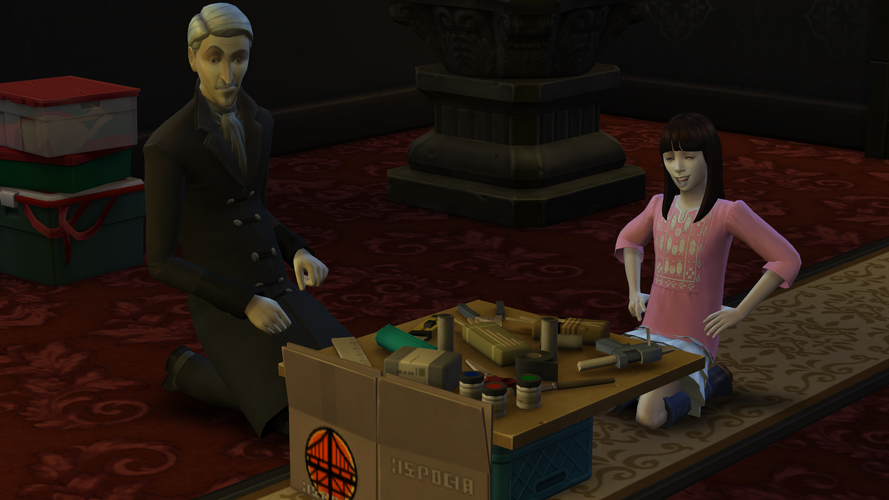 Vlad helped Lillie with a school project. He looks so bored and no wonder. He must have worked on hundreds of those by now. 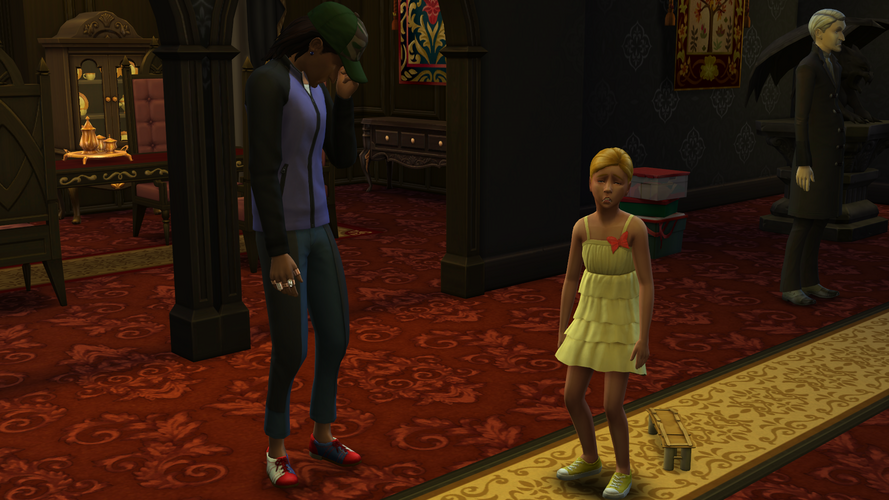 Tre helped Tia with her school project but it turned out badly and they both looked so sad. 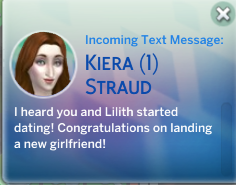 Kiera called for about the millionth time to congratulate Vlad on starting to date Lilith (her mother), who Vlad hasn’t seen since using her as a donor – actually he may have seen her when he used Caleb but that somehow makes it even worse. Either this is a bug or Kiera is just really keen to remind Vlad of Lilith’s existence in the (vain) hope that they can be a happy family. 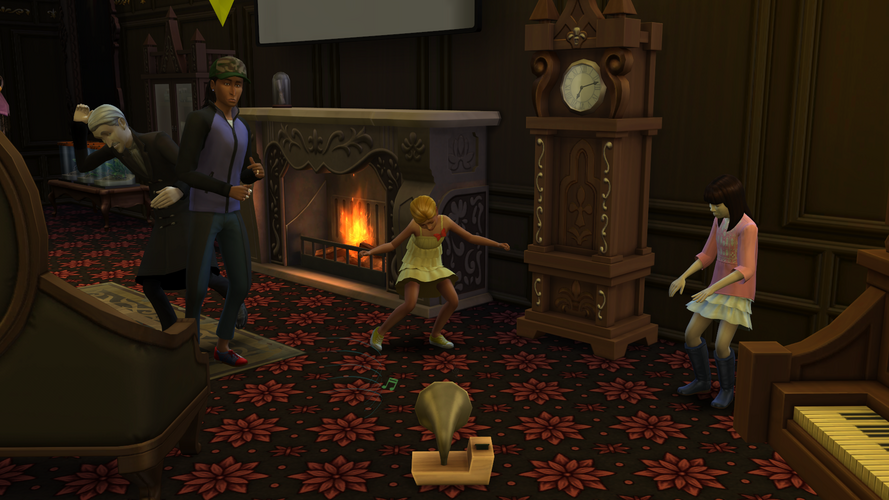 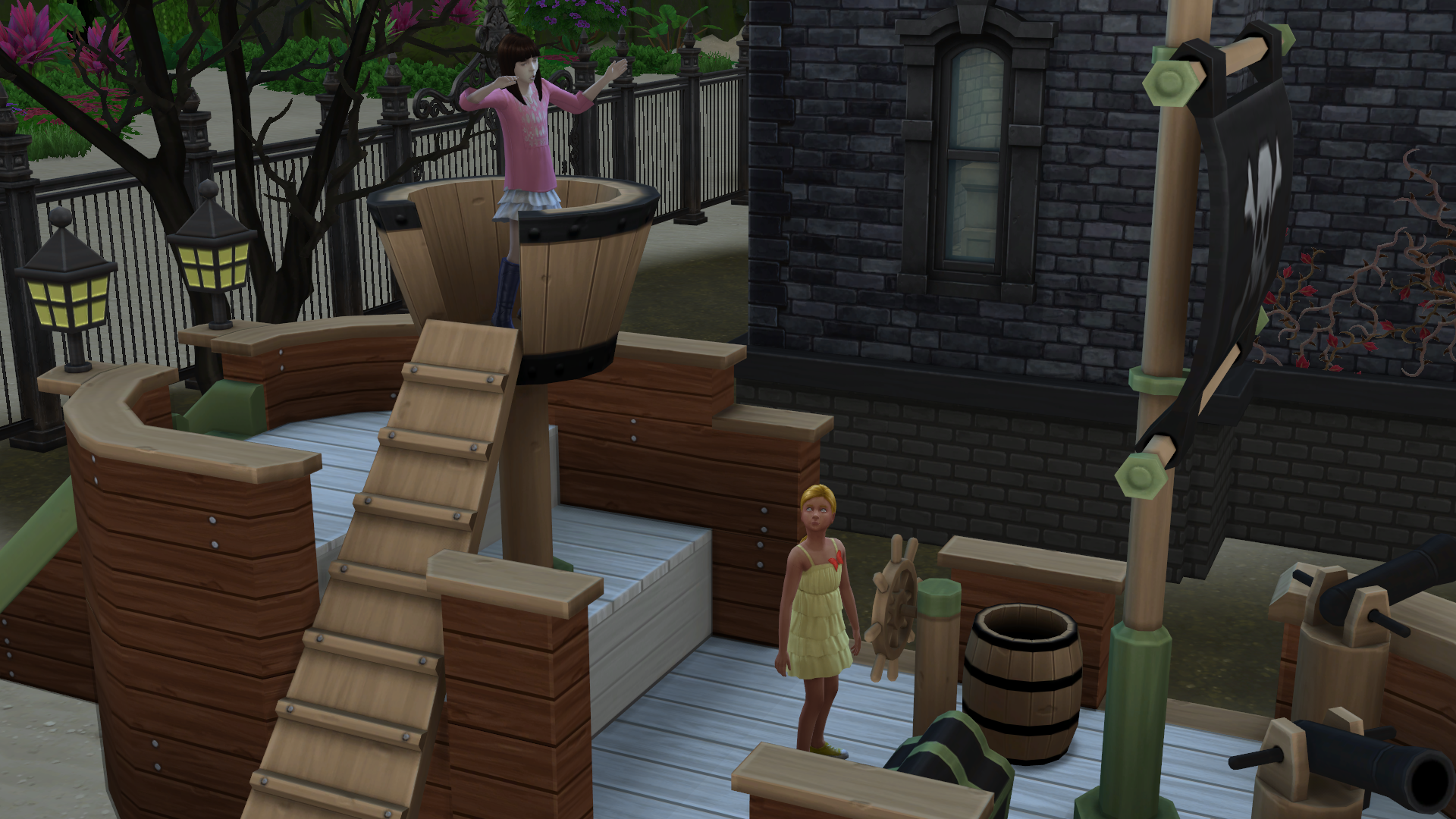 Tia and Lillie playing pirate (see? Things do get better for Vlad’s kids once toddlerhood is over). 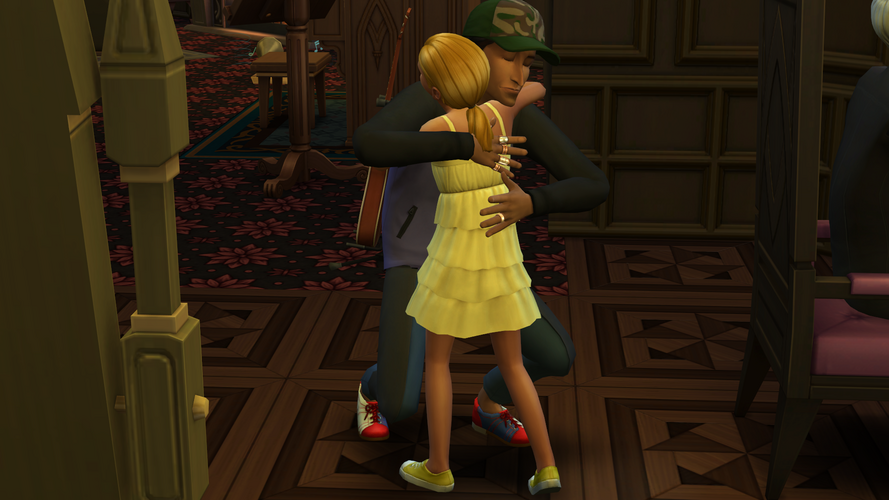 Tre and Tia autonomously hugged which was cute. The kids have to stick together since Vlad pretty much only interacts with them in order to help them with homework or school projects. He is not what you might call a loving father. 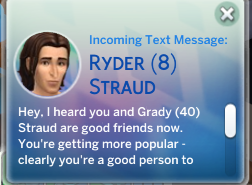 Vlad: Well yes Ryder, I am friends with my newborn son who you have never met. Are you trying to  make me feel guilty for neglecting you as a child? If so, it’s not working. 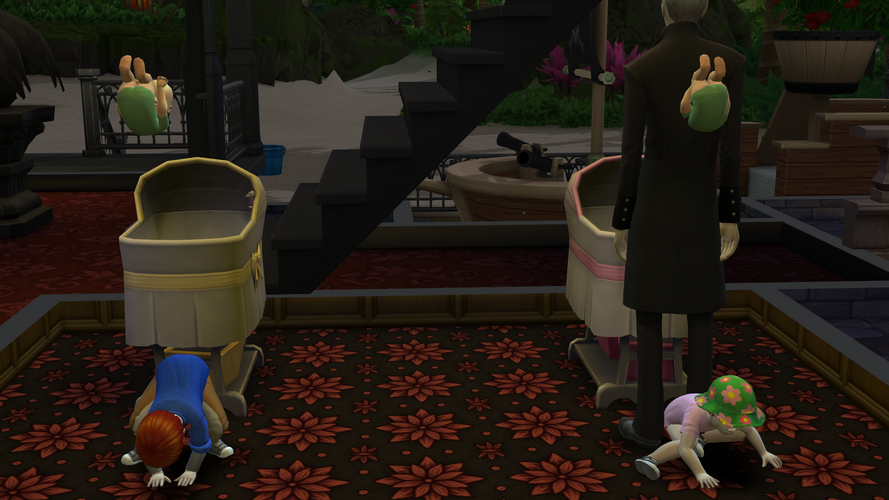 Shane and Grady aged up. Ah this creepy old glitch again. Vlad there’s a baby stuck in your back. 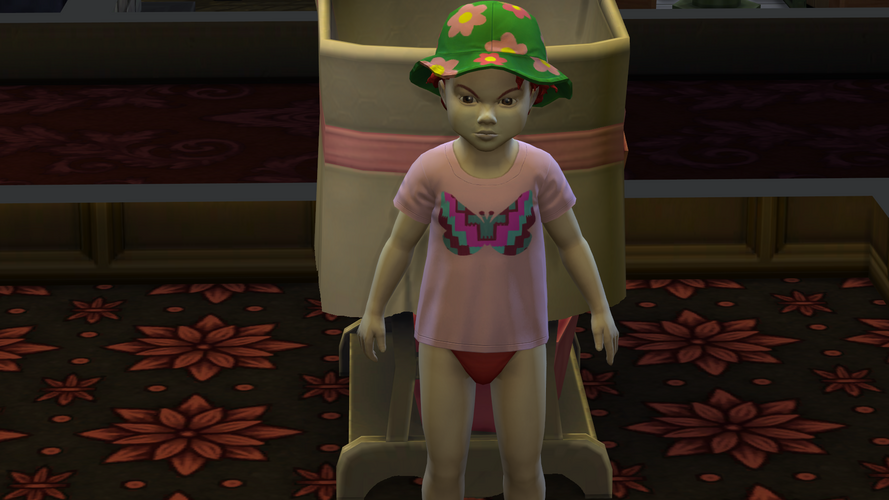 Grady as a toddler (complete with sunhat – won’t need that where you’re going, buddy). 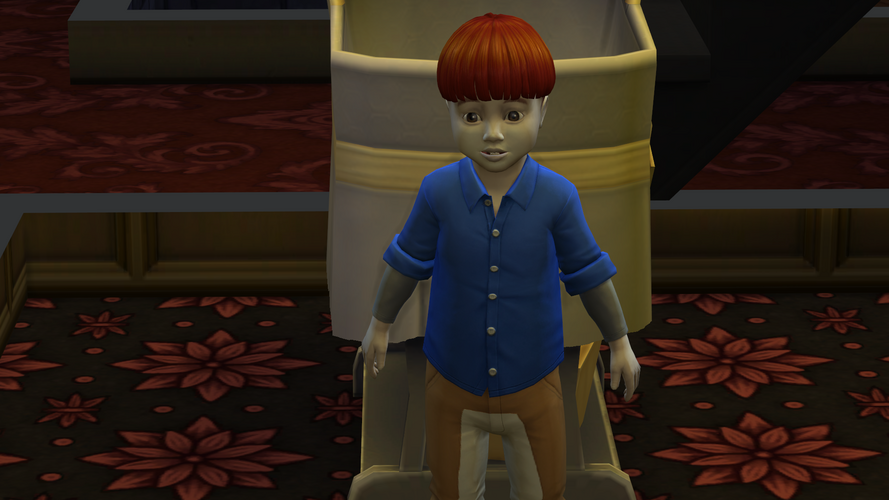 Shane as a toddler. 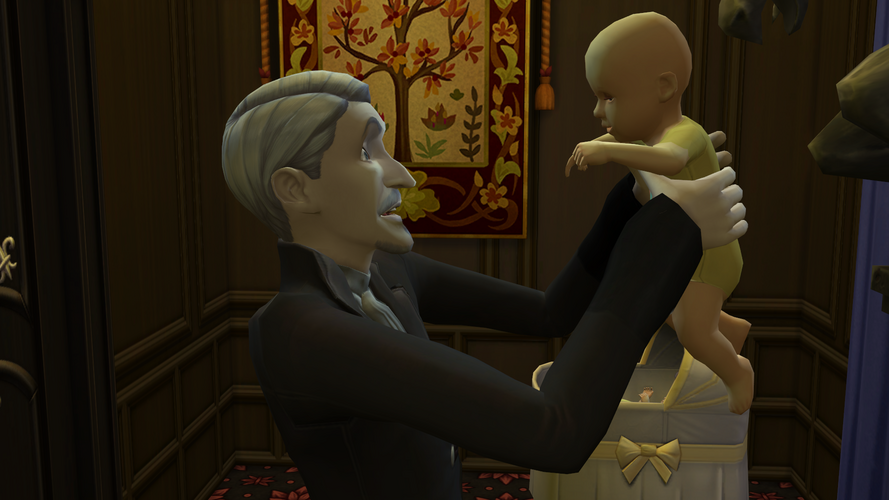 Vlad gave birth to Morgyn’s twin girls: #41, who I (or rather the random name generator) called Angelica and #42: The Answer to The Ultimate Question Of Life, The Universe, and Everything. Unfortunately that was too long for the name box so she is just called The Answer.

Tre got his A and became a YA! 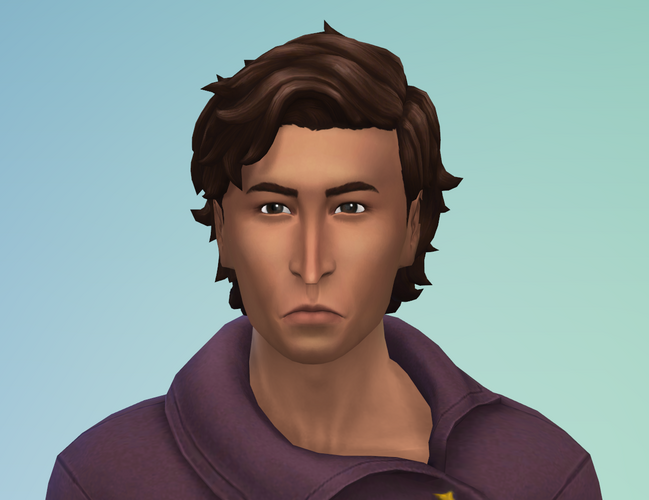 From the front he looks quite attractive (well, comparatively speaking) except for the nose. 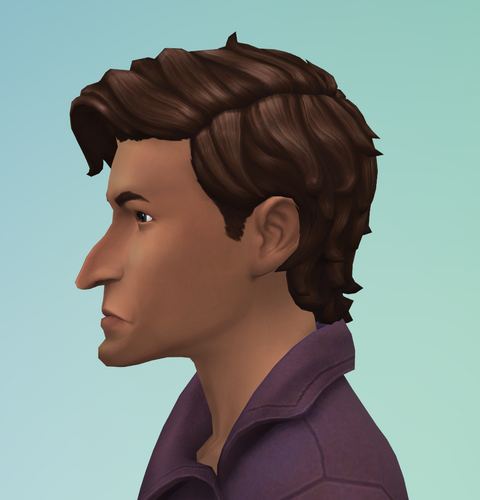 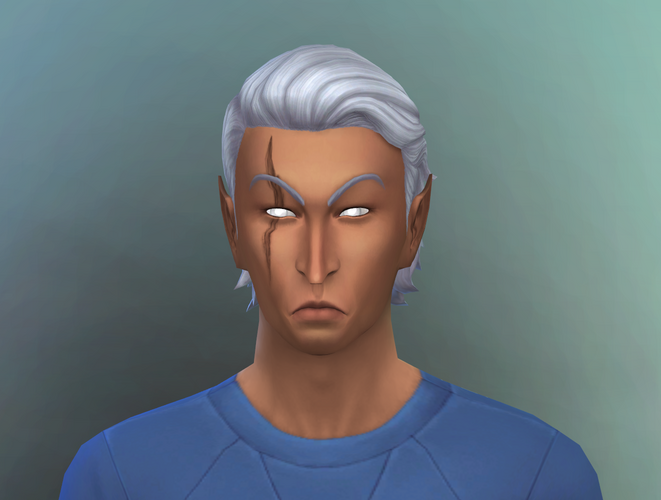 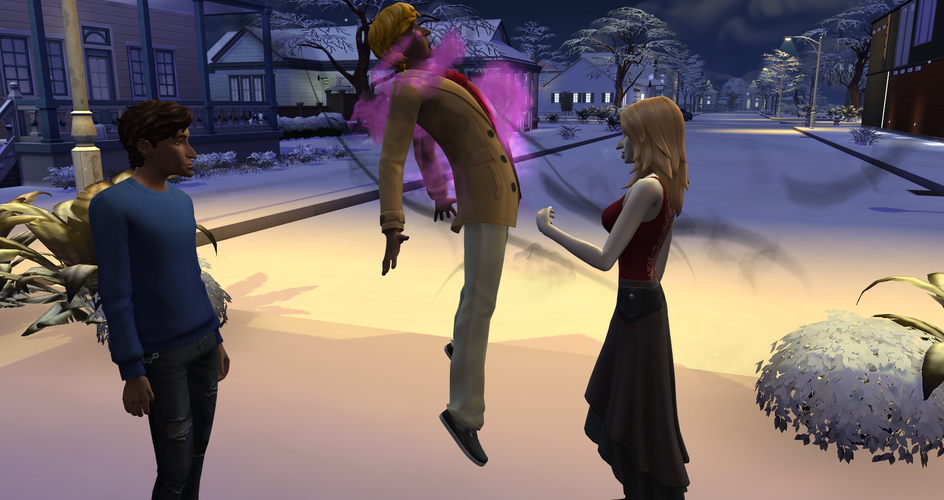 When I checked on Tre in his new home I noticed that Mort, who is one of Tre’s new roomies, was becoming a vampire. It’s really annoying that unplayed sims won’t become vampires even after the 3 days (or however long it takes to turn a sim) have elapsed unless you either play them or have your sim enter the same vicinity as them. Vlad must have bitten Mort then kicked him out before he had finished his transformation. 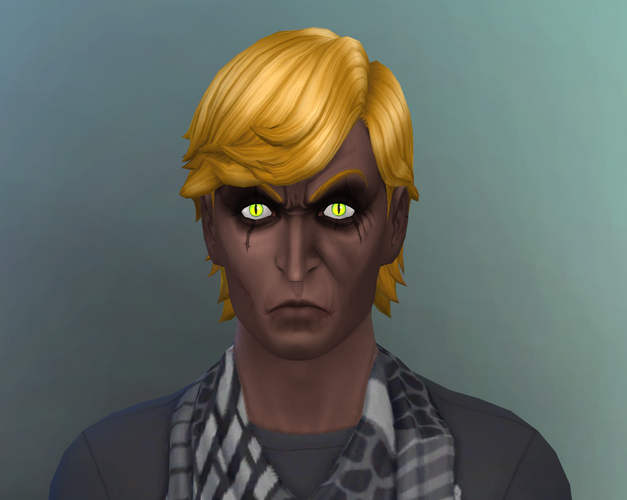