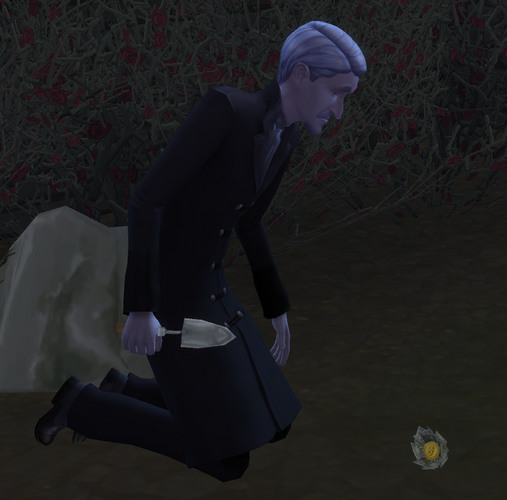 Since Vlad had enough satisfaction points, I went ahead and purchased a money tree. This isn’t technically cheating since there is no actual rule against it and we do need the extra simoleons to pay the bills. Besides, I’m already cheating by swapping round lot traits and playing as a vampire. Rules are made to be broken! 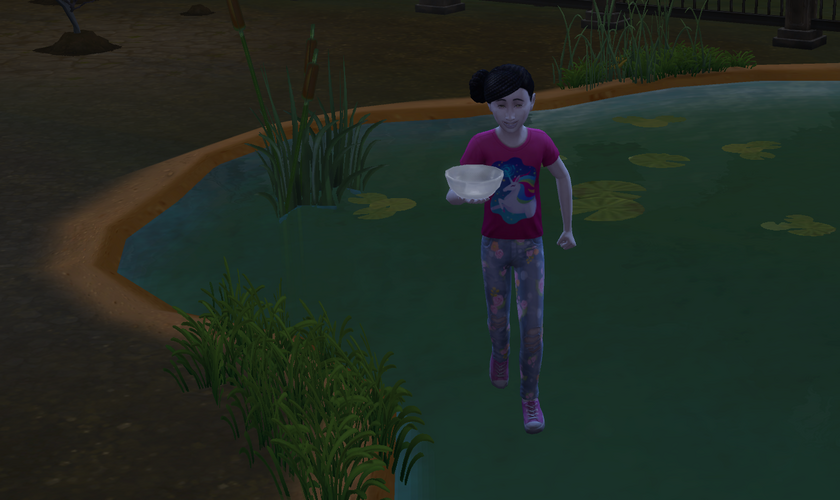 I got the family a fishing pond from buy debug so that they would have a convenient source of plasma pack ingredients. Apparently nobody told Myla that sims cannot walk on water. 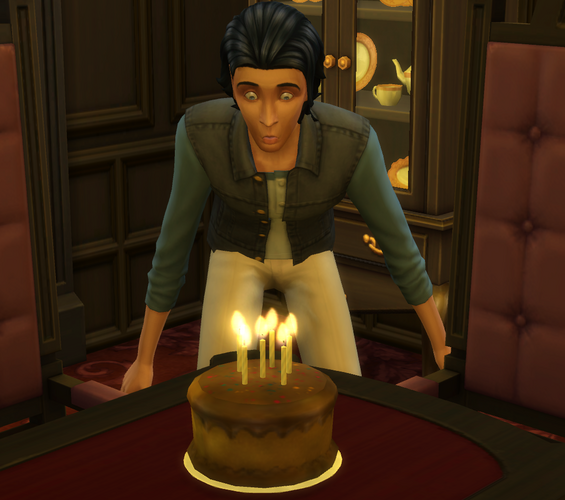 Reginald got an A at school so I was able to age him up to a YA. If you are wondering why his cake is burned… That’s what happens when you let a teen with no cookery skills loose on the kitchen. 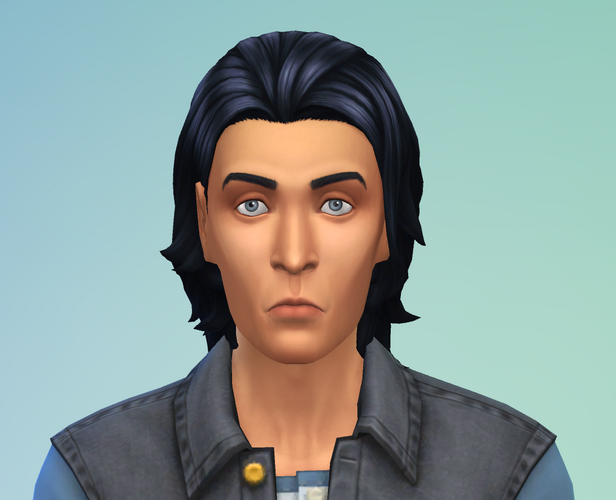 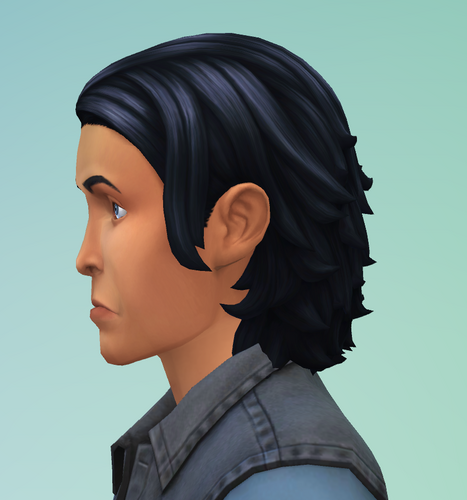 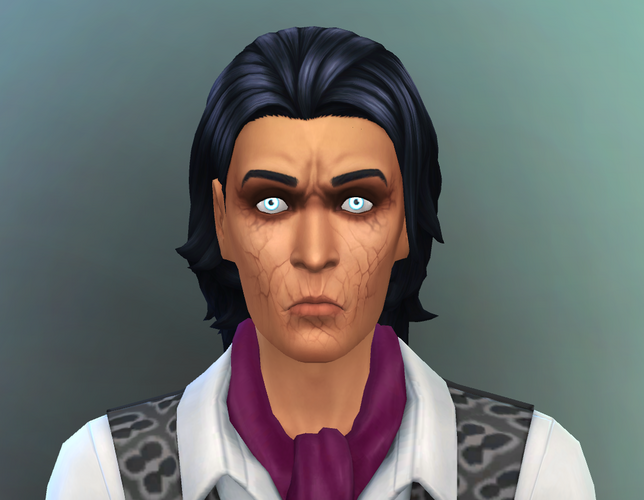 As Straud children go, he’s not too bad appearance wise. 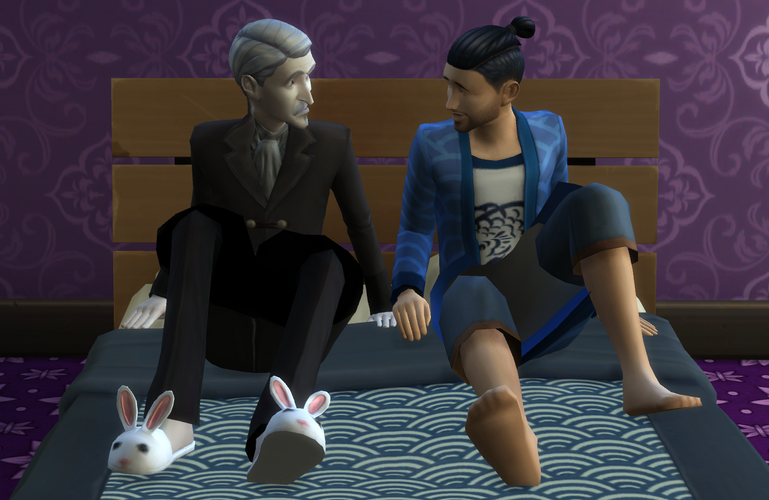 With Reginald unceremoniously evicted from the premises, Vlad invited Akira round to make a new nooboo. 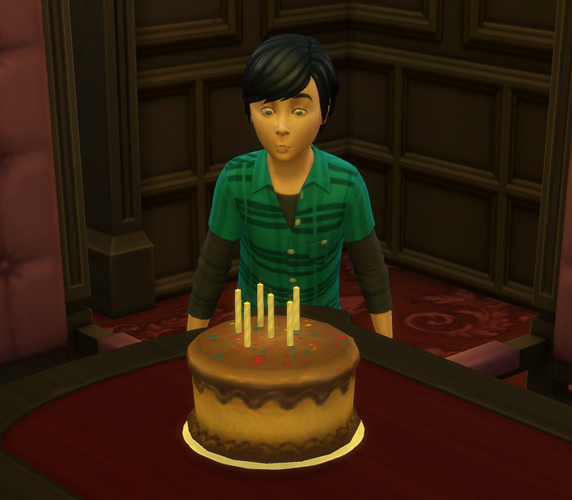 Wilson got an A so I aged him up to a teen. Since I have CAS pictures of him as a YA just coming up, I will share this picture of teenage Wilson working on a school project with Vlad instead: 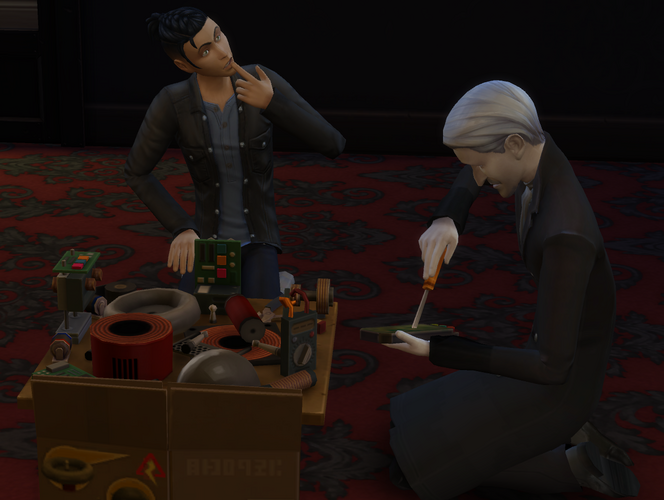 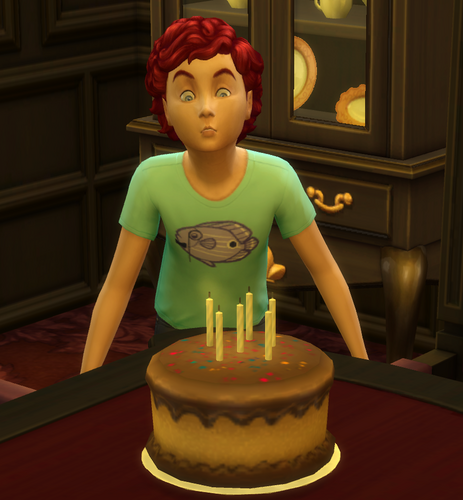 Wilson’s twin, Craig, also got an A, so I aged him up too. Again, there’s YA CAS pics of Craig coming up so here’s a picture of him as a teen in live mode instead: 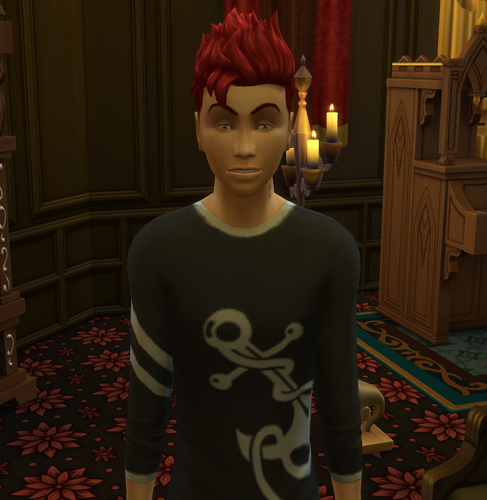 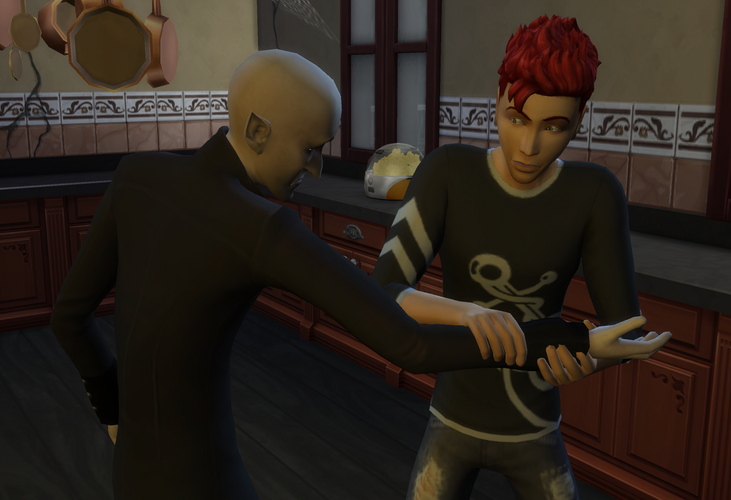 Since Craig was not born a vampire, I had Vlad turn him. 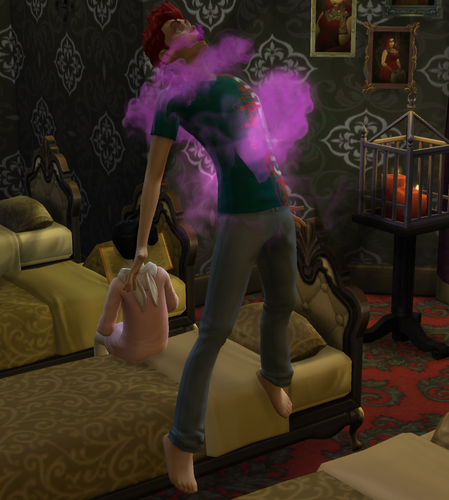 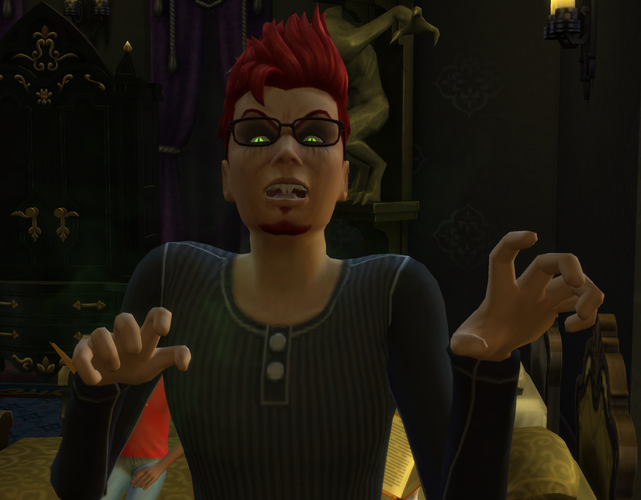 This was Craig’s first appearance as a vampire. Somehow the goatee and glasses destroy any semblance of menace which a vampire should incite.

I wanted to get at least one of Wilson or Craig out of the house before Vlad’s third trimester because then we would have two empty household slots: room enough for twins. So, I worked them extra hard. 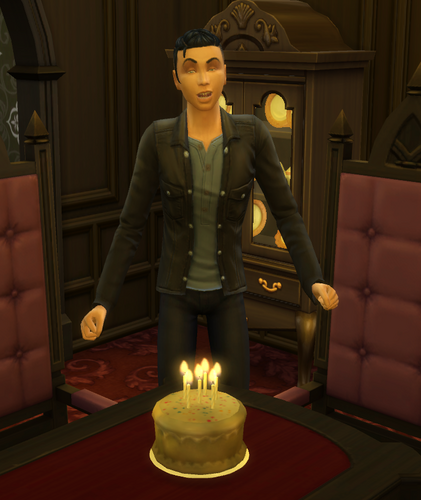 Wilson quickly got an A so I aged him up to a YA. Another burnt birthday cake here. 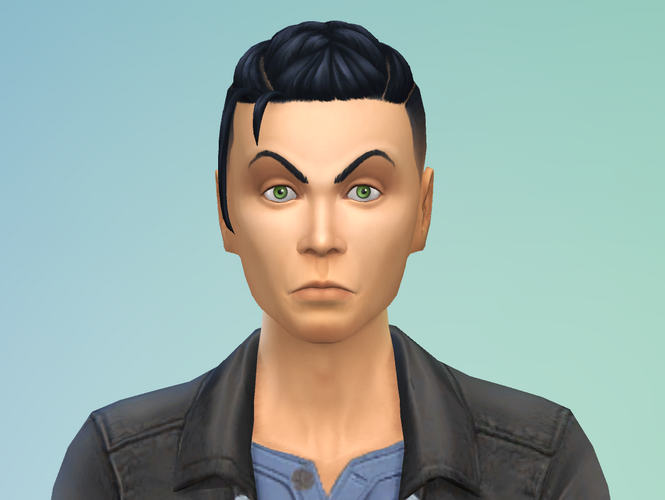 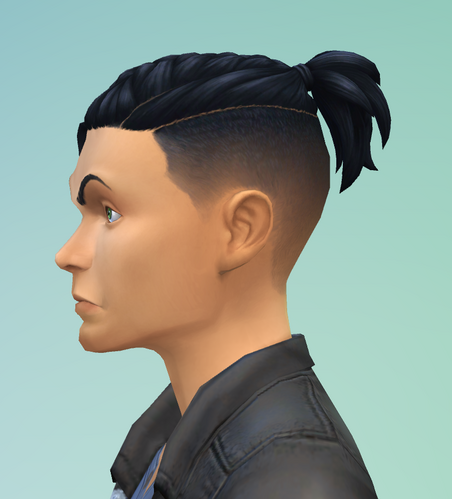 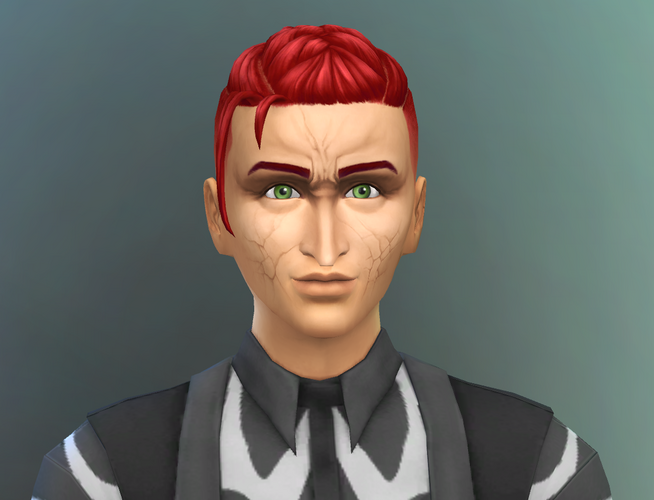 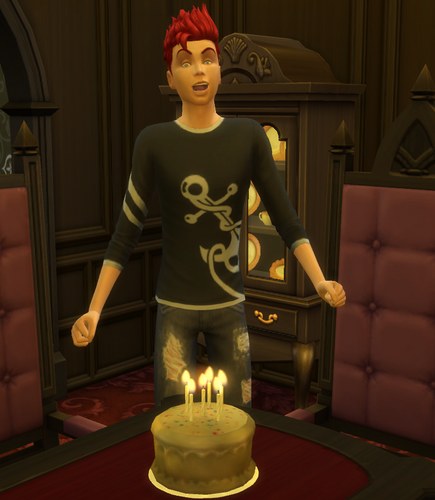 Craig also got an A so was bound for young adulthood and therefore homelessness (not really, all the YA kids so far have gone to live in a place in San Myshuno). 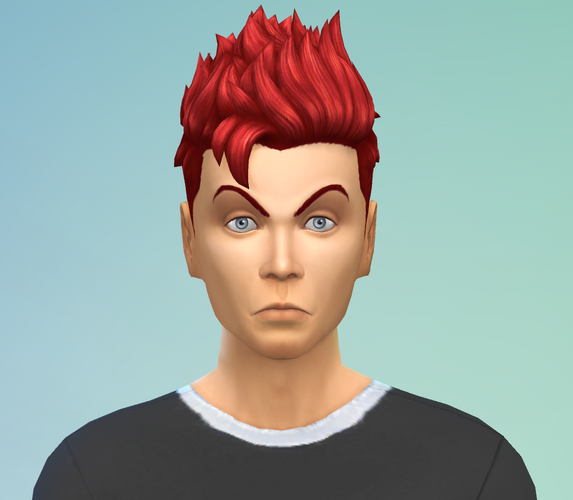 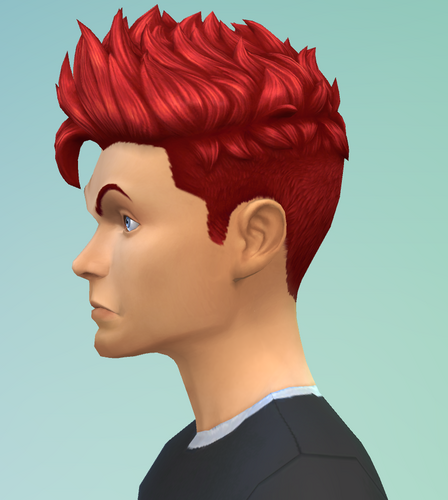 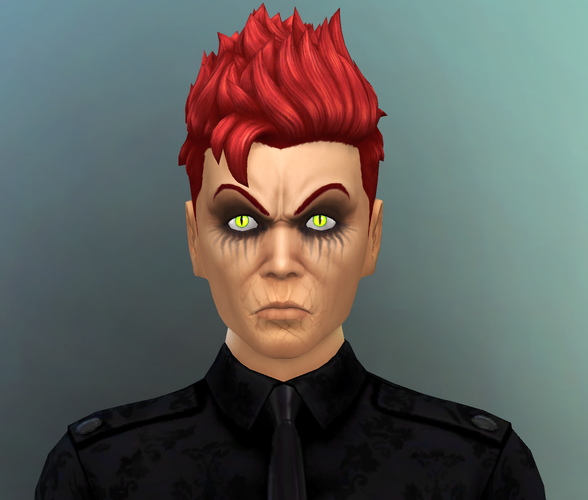 Both Craig and Wilson turned out alright except for their mouths and eyebrows. We have Morgan’s genes to thank for that!

I just realised that there are absolutely no pictures of the toddlers, Ryder and Margarita, in this post. That is a testament to how wholly and truly I have been ignoring them. I don’t think I actually looked once at them the whole time I was playing today. I occasionally get the notification that one or other of them needs to be fed or they will be taken away but they deal with that themselves by grabbing some popcorn, taking their hunger meter merely into the red rather than the dark red. Yup, I think I got this toddler care sorted out alright.