With Christin now a young adult, I wasted no time in getting her married to Caleb.

Here are pictures of their wedding: 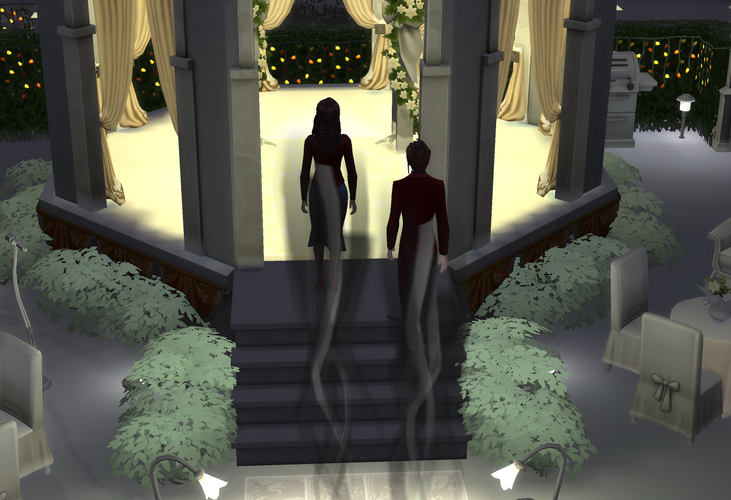 I loved that they both speed-ran up the aisle.

After the wedding, I moved Caleb in with the Belles. Then, I moved Katharine and June in with Ramona and Akira (who are living as ghosts in Windenburg) and I moved Roxana out to a house in Willow Creek (I’m interested to see what she gets up to on her own and if she has any kids). That left Christin, Caleb and Mayor Whiskers with all the family funds (which, by now, are over 500,000 simoleons).

I decided to move Christin, Caleb and Mayor Whiskers into the plane crash house in Strangerville which I’ve never had a family live in before.

Then it was time for the happy couple to try for a baby… As bats, of course. 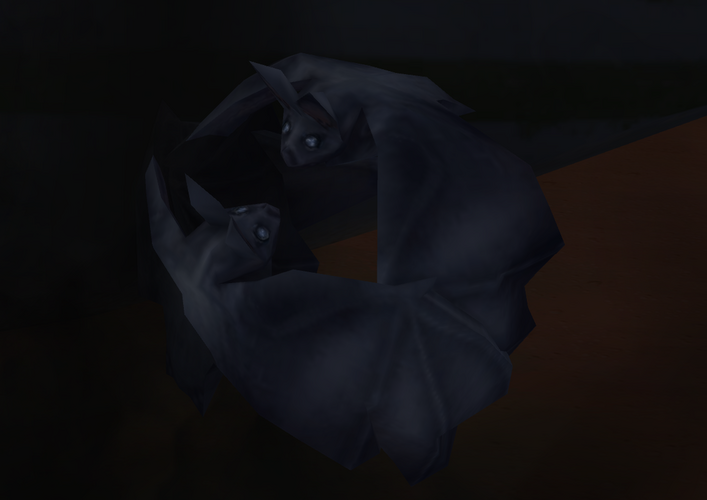 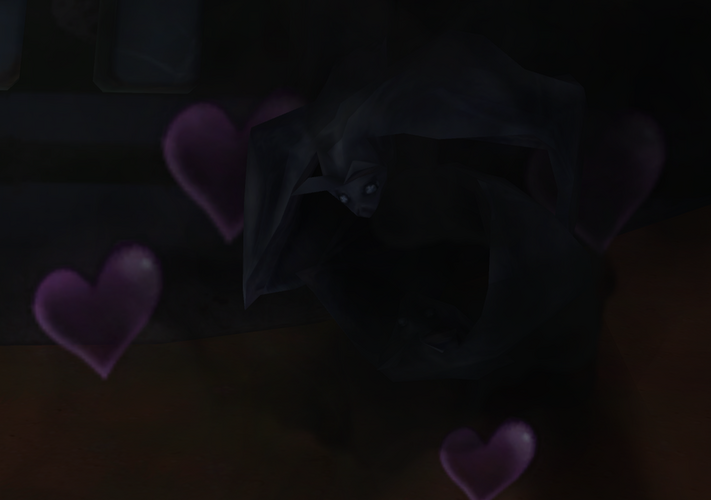 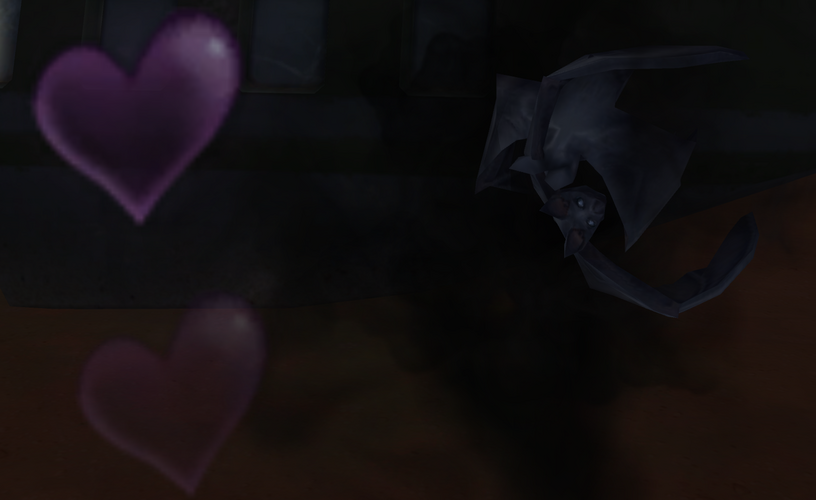 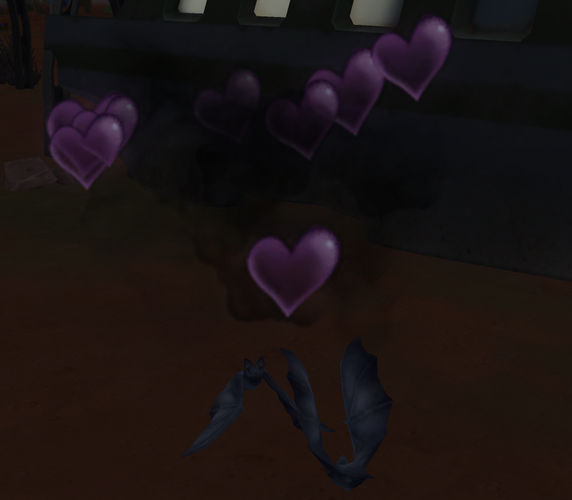 At this point, I figured that my game was glitched. So, I decided to check if Christin was pregnant with MCCC. Turns out that she isn’t pregnant, but her partner is – aka Caleb. I’ve also been playing a 100 baby challenge with Vlad as my ‘matriarch’ and for that I’ve had MCCC set so that when a male and a female sim try for a baby, the male sim is the one who gets pregnant. I guess I forgot to change that setting before I begun playing my BOTU again. Oops.

MCCC also told me the gender of the baby, but I’ll keep that a secret until the birth. 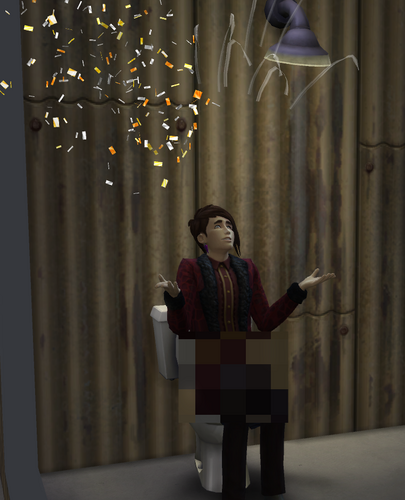 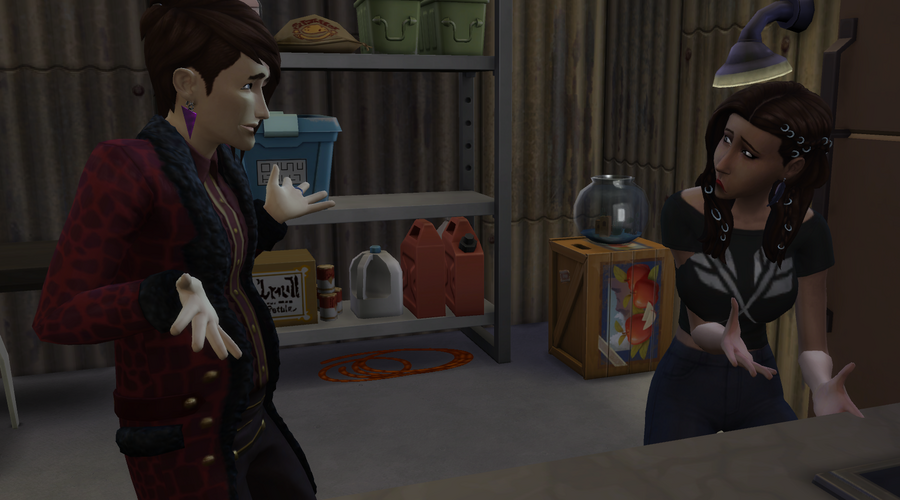 And told Christin the news. 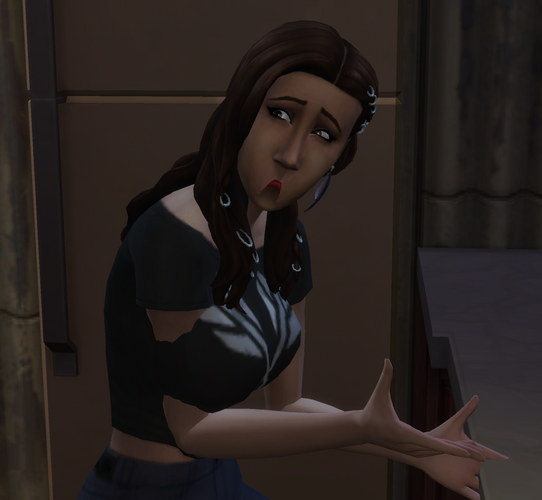 Christin: But I thought I was meant to be the pregnant one! And why is my breast enveloping my arm?