For her Good Vampire aspiration, Christin had to get permission to drink from two different sims. I was expecting to have real difficulty achieving this since in the past I’ve had sims’ BFFs and spouses decline to offer up their wrist. But, Katharine agreed straight away! What an amazing parent. 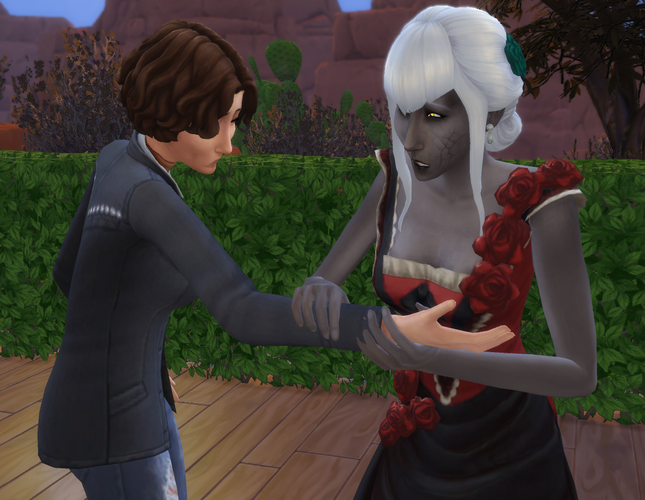 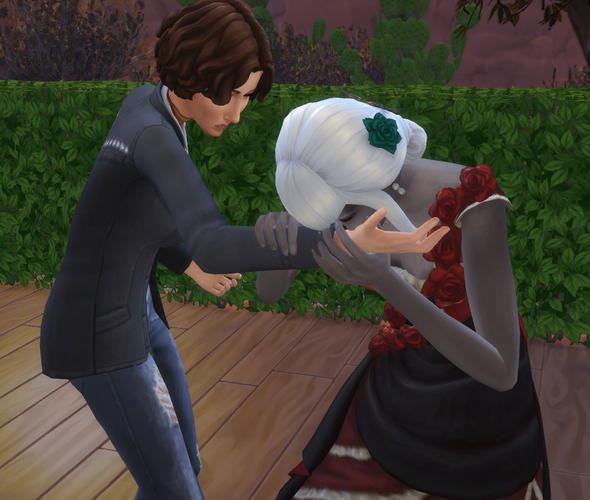 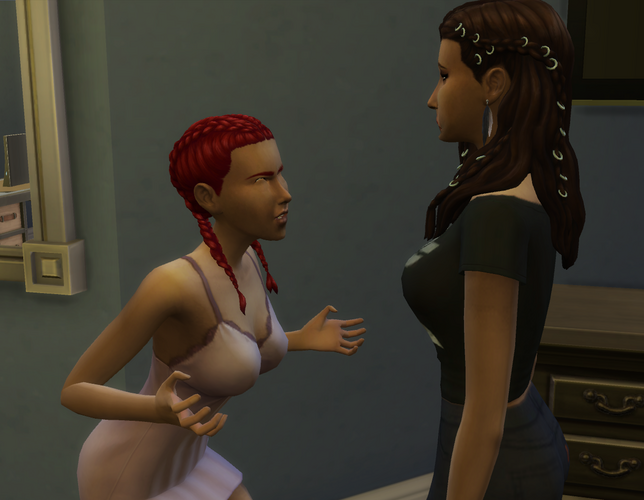 June, however, was not so keen to have her blood drained. How unreasonable…

Roxana (who is now Christin’s BFF) was quite willing to donate her blood (multiple times actually – see, a spare is useful for something after all!) 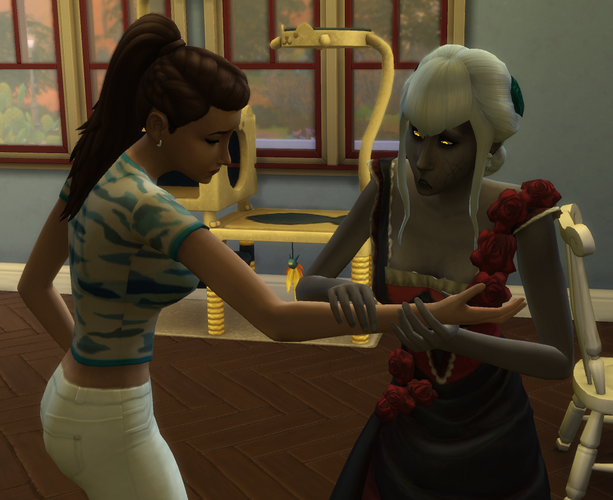 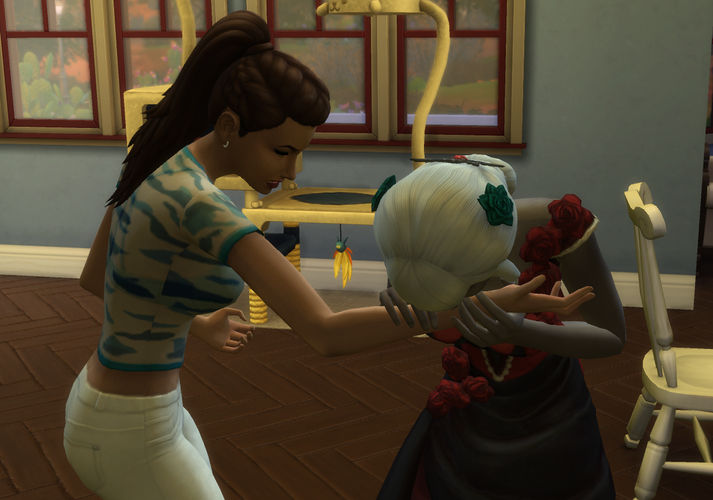 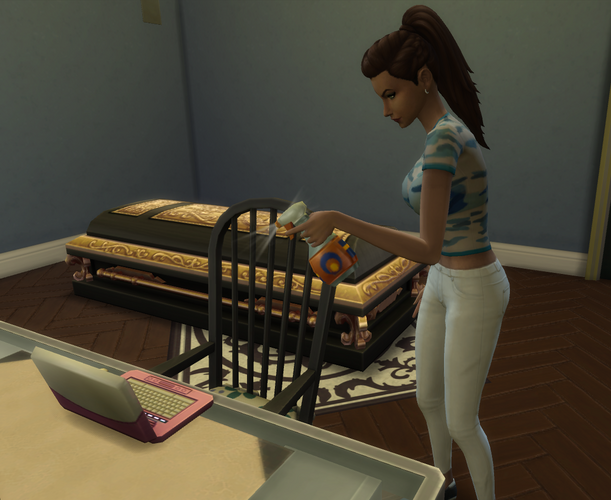 I found Roxana cleaning this desk which I guess must be her neat trait manifesting itself. I haven’t really played any neat sims so this was a surprise to me. 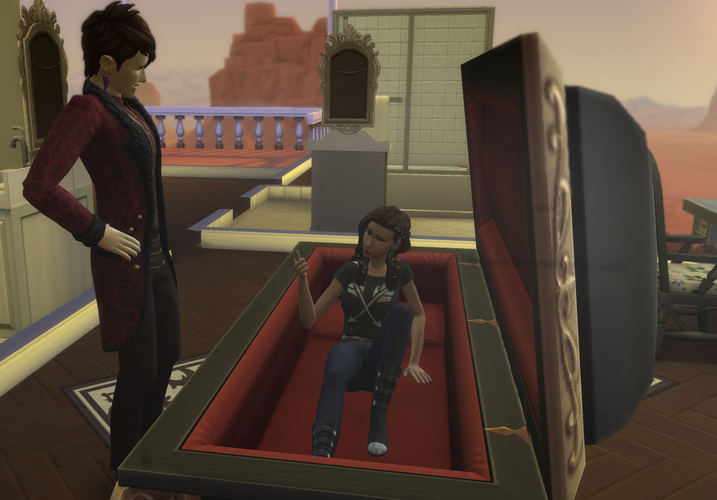 Caleb appeared inside the house out of the blue so Christin took advantage of the situation and invited him to woohoo in her coffin. 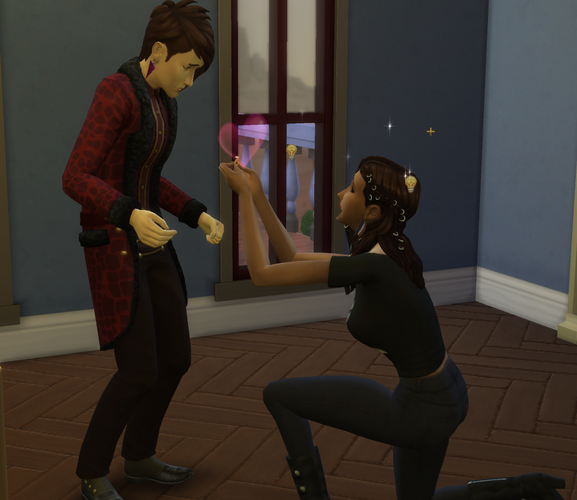 They then got engaged!

Caleb invited Christin to attend the Flea Market in San Myshuno with him. 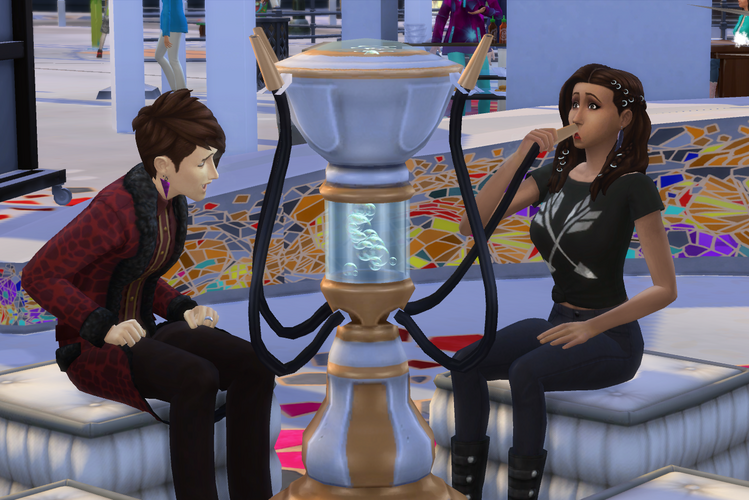 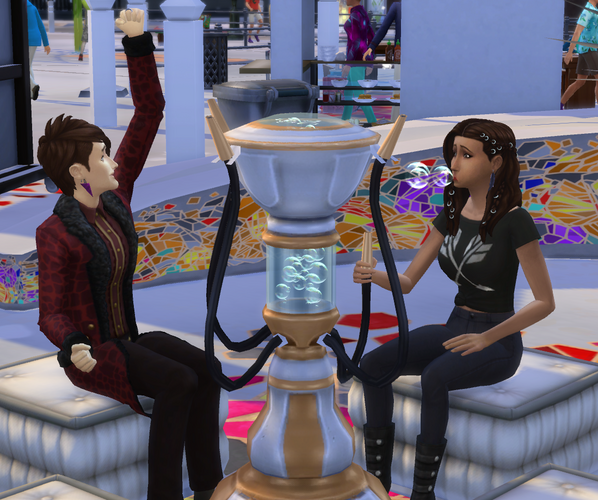 … And blowing some bubbles. 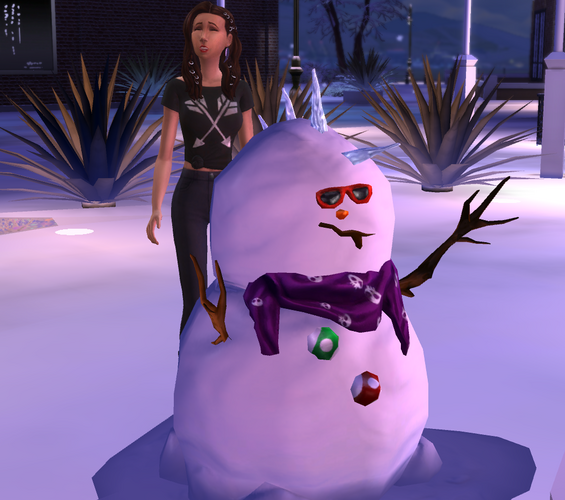 Christin made this snowman. Caleb was meant to be helping but he disappeared off.

Then the twins’ birthday arrived! 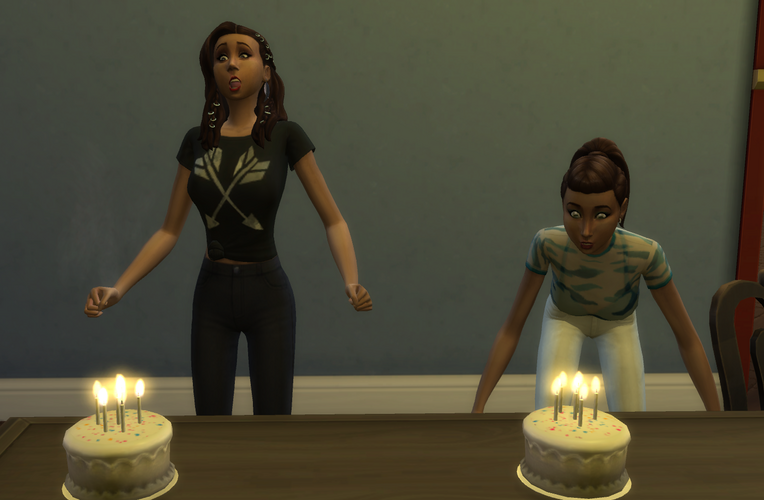 Here are the girls blowing out their candles.

Christin rolled the art lover trait. That’s appropriate seeing as I’ve been having her paint at night to make the family extra $$$ 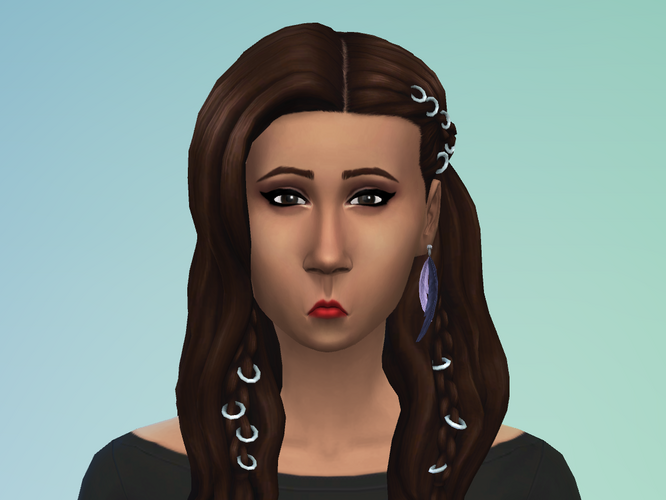 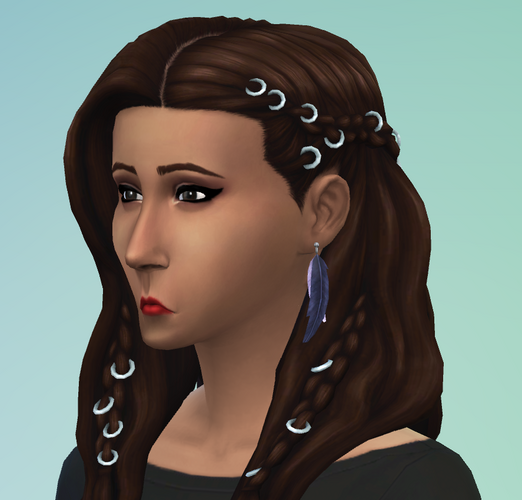 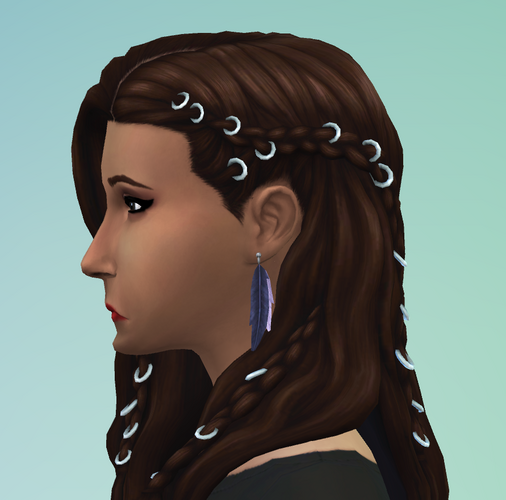 And in her dark form: 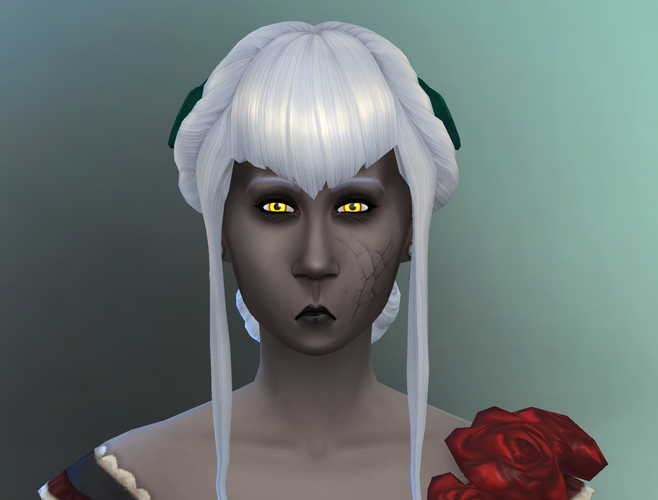 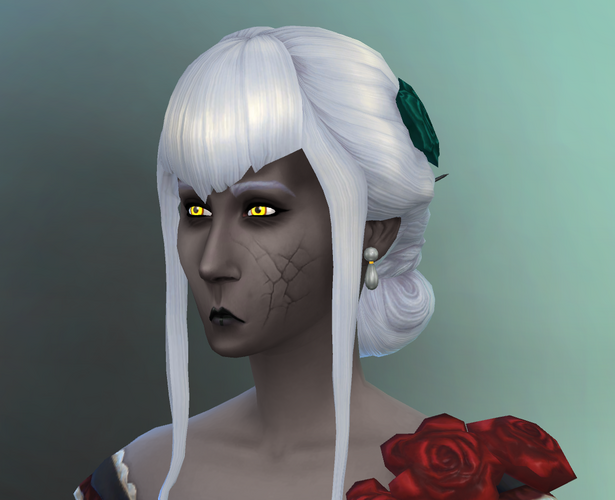 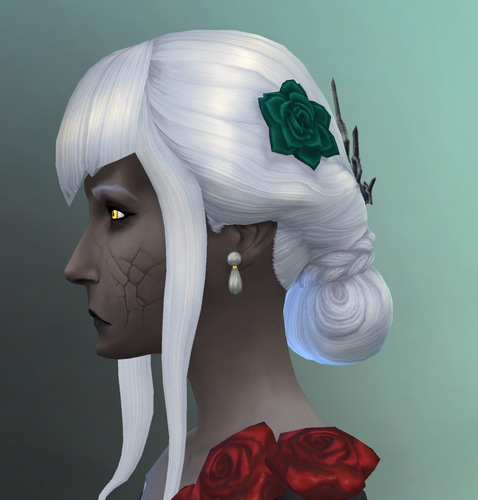 Roxana rolled the dog lover trait (thank plum Christin didn’t get that trait – Mayor Whiskers would have been highly offended and he always lives with the heir).

Roxana as a YA: 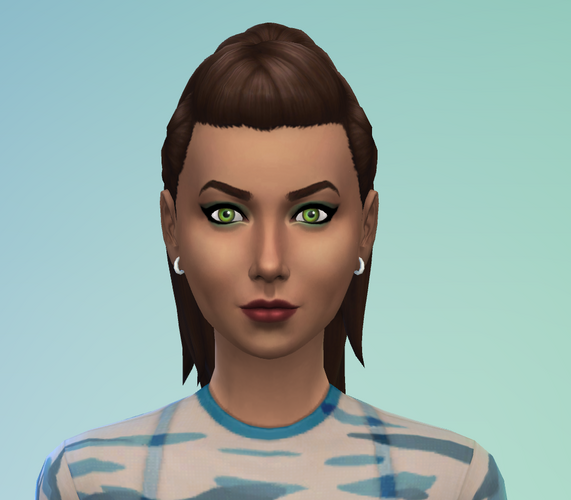 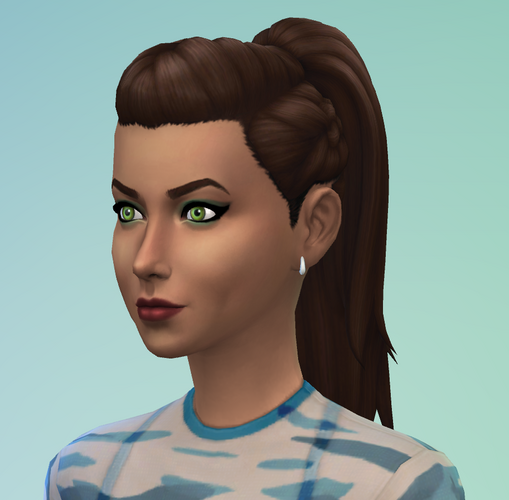 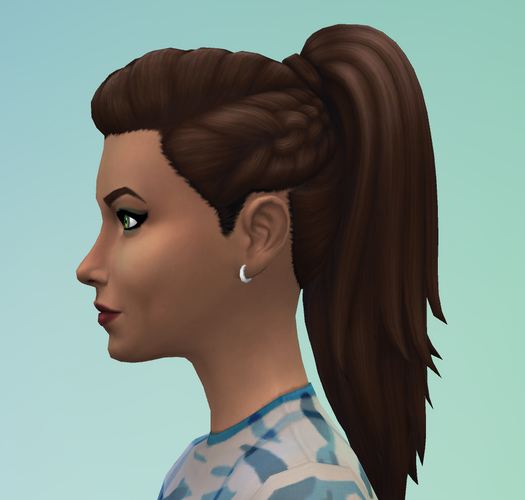 Well then, next chapter we shall be starting generation 6 and making ourselves a 7th gen heir.

7 thoughts on “Chapter 5.10: An Engagement and a Birthday”