I’m not going to lie I spent a lot of time playing Sims today… Well I haven’t had a chance to play in months! So, I got through quite a few Sim days and the twins are now teens! But, more on that towards the end of the chapter.

One of Katharine’s career tasks was to ‘spar with others’. June was happy to fill that role. Secret to a happy marriage? 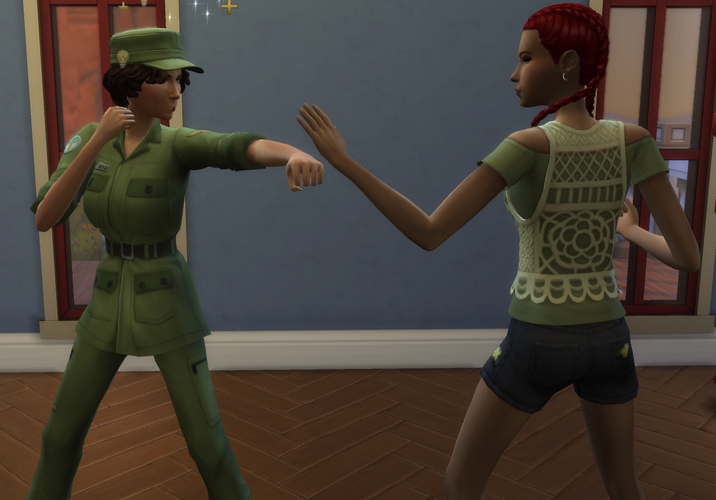 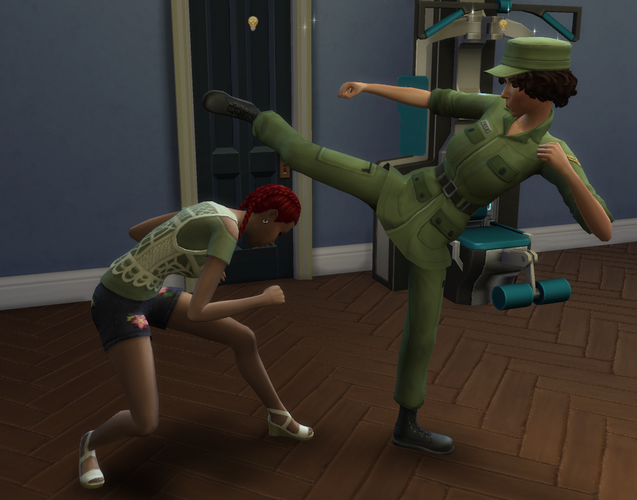 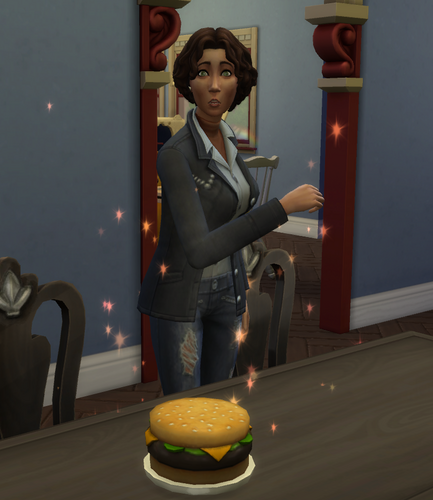 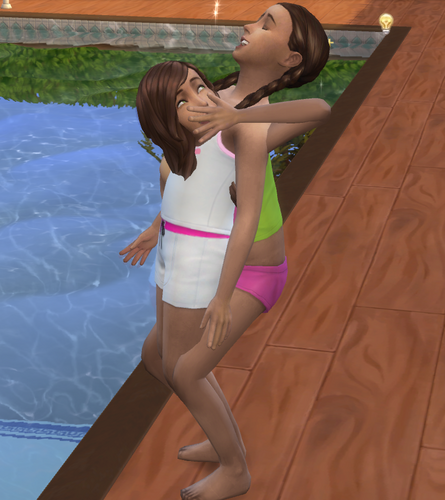 Christin and Roxana got a little too close for comfort. Even twins should have boundaries and I think standing inside one another goes beyond those boundaries.

Christin did some experimenting. And nope she didn’t complete her childhood aspiration, as expected. 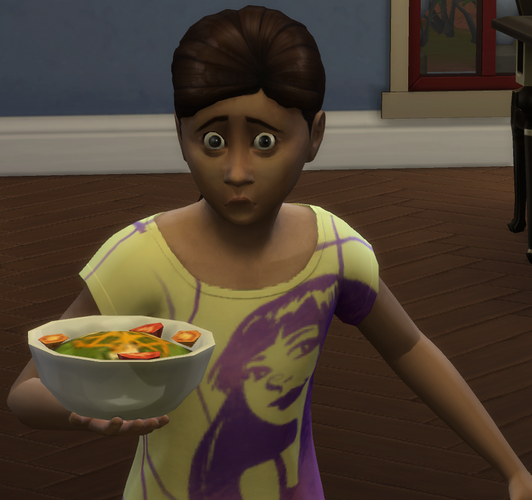 There was a thunderstorm and everyone was very unhappy. Christin’s little scared face is so adorable though.

Both Roxana and Christin went through the bear phase at the same time, which was funny. I didn’t know that happened with twins! 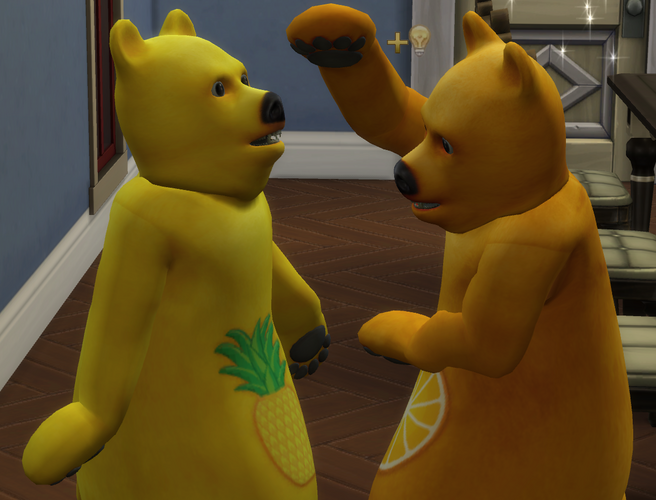 Roxana: … and that’s why we should live the rest of our lives as bears! 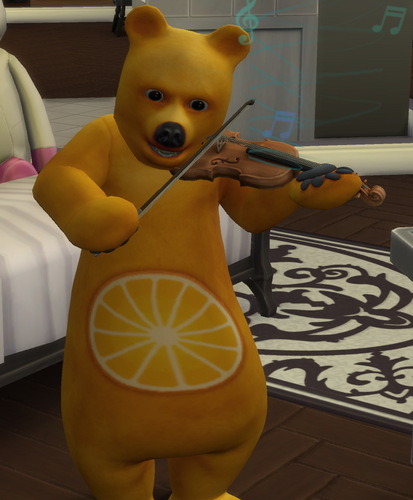 Roxana practised the violin. She didn’t complete her aspiration, either. 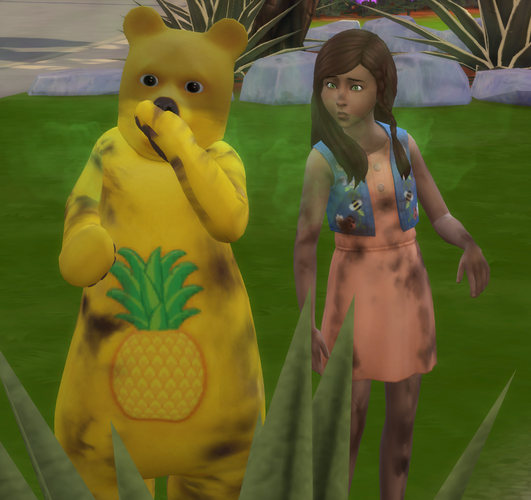 A reminder of what a truly superb parent I am. 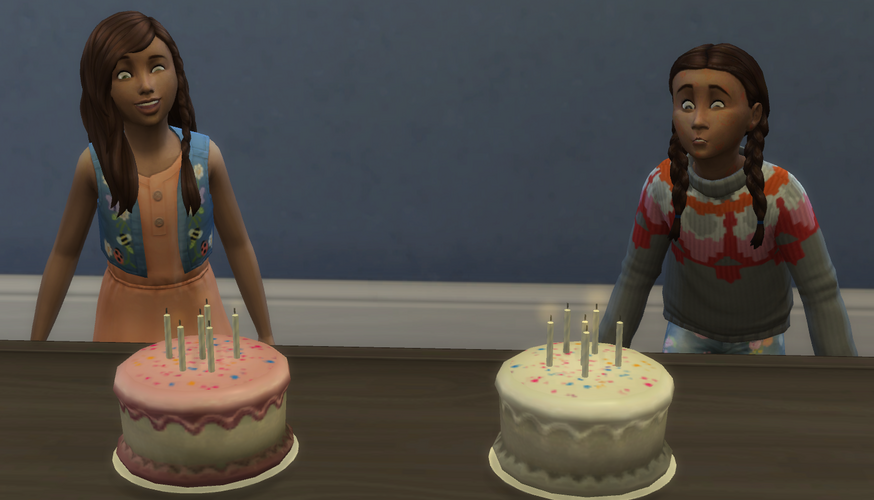 The twins’ birthday arrived and I managed to get them to blow out their candles at almost the same time. 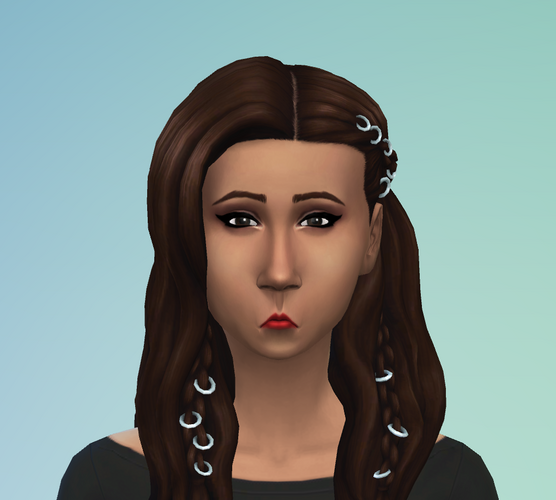 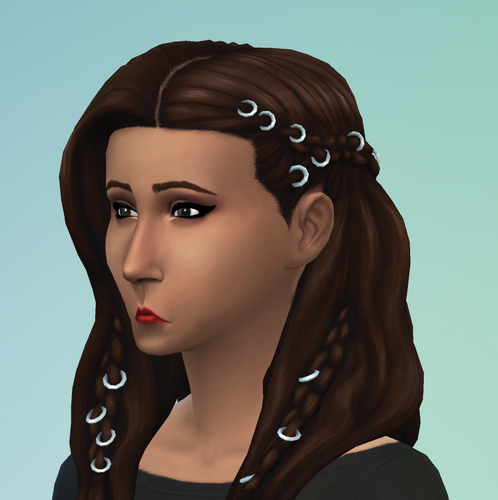 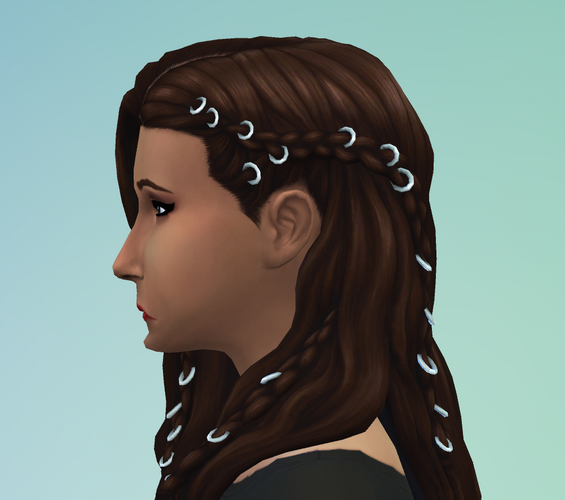 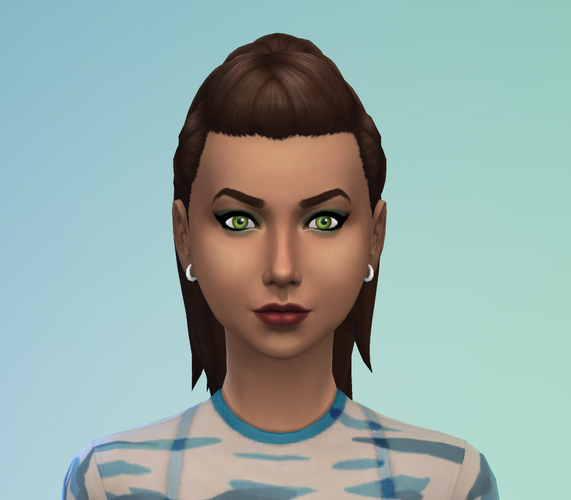 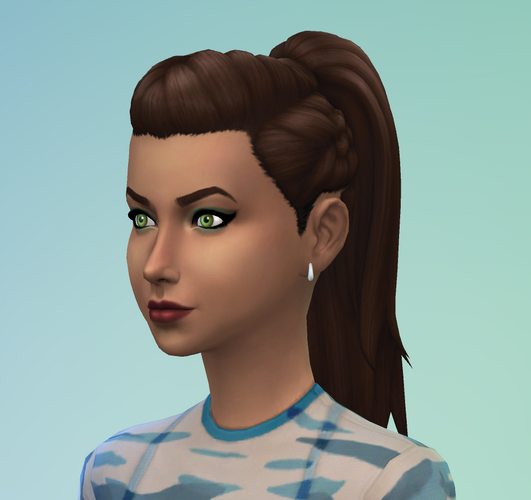 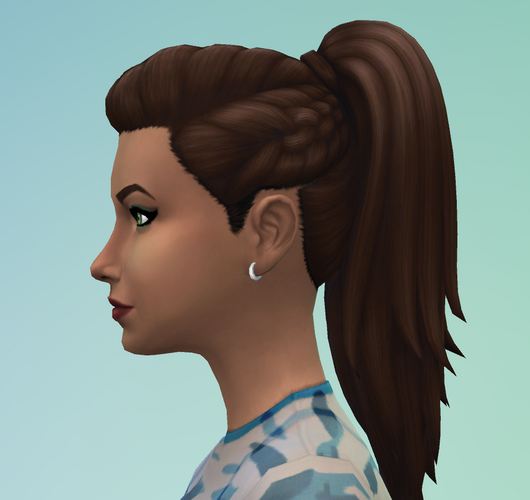 So yeah, Roxana turned out absolutely gorgeous! If she’d been born first we would have bred out the ugly this generation. Oh well. Christin has been cursed with The Mouth and a tiny chin. I’d also like to breed out her nose. So, there’s more work to be done!

Roxana rolled the bookworm trait and the Strangerville aspiration. We’ve already defeated the Mother obviously so that aspiration isn’t much use. I might change it.

Christin rolled the snob trait (well her permanently downturned mouth gives her the appropriate expression for it) and the ‘Good Vampire’ aspiration. I was actually planning to have her marry Caleb anyway so that further solidifies my plans! Since she wants to be a vampire I figured she is probably a bit goth and dressed her with that in mind. 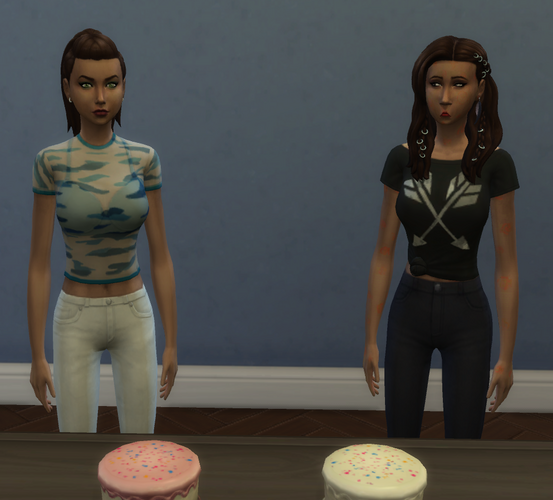 Christin: Wait, she’s my twin – why don’t I look like that? No fair! 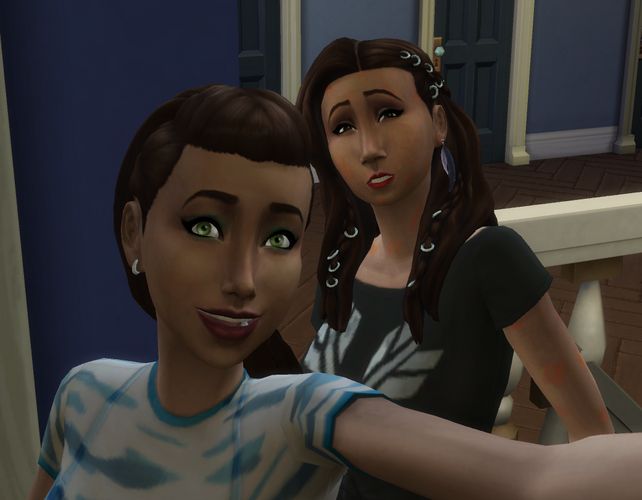