Design a site like this with WordPress.com
Get started
Skip to content
aprilpearl98 Belles Gen 5, Breed out the ugly March 14, 2019March 14, 2019 4 Minutes

After trying (and failing) to cure several possessed sims with the experimental vaccine, Katharine figured out what was wrong with the original formula. Armed with this information, she was able to create the true vaccine.

She then headed to the bar and vaccinated this guy, who she tried to persuade to join her in her quest to destroy the Mother. Surprisingly, he was not prepared to trust the word of a wild-eyed stranger who had just thrown a glass of foul smelling liquid in his face and then begun raving about government secrets, secret laboratories and an impending apocalypse initiated by an oversized alien plant and its possessed minions. Shouldn’t have wasted a good dose of vaccine on the useless ingrate.

It was then that I realised Katharine probably had a high enough relationship level with her family for them to agree to help her. So, I had her invite her parents around to her house. They thought they were there to see her new home and meet their grandkids – little did they know what Katharine was about to hit them in the face with (literally and figuratively)…

Dexter: Hello, Katharine, we haven’t seen you in – argh!

Katharine: And so you see, Dad, we have to break into the secret lab and kill the twenty foot tall alien monster plant which is lurking beneath Strangerville.

Dexter: Well Katharine, if you say so…

Next, she inoculated Alina,.

Alina: I’m a celebrity, don’t you dare throw that at – ahhh – choke! Oh, there’s going to be pictures of this in all the gossip columns tomorrow…

Alina looked a little concerned for Katharine’s sanity, but nevertheless agreed to accompany her to the secret lab and defeat the Mother (if there really was such a thing).

June: Katharine, what are you doing with that…

June: There had better be a very good reason why you threw that – whatever that was – in my face. This is not Prank Day!

Katharine: June, there’s a monster underneath the secret lab – a gigantic alien plant – it’s the source of the infection which has been zombifying sims all over Strangerville.

June: A… Plant – Are you sure? Dear, have you been drinking?

Katharine: I saw it with my own eyes, and barely escaped with my life. Just look at what’s happening to the sky – it’s turning purple! Please, June, trust me; we need to make Strangerville a safe place to raise our children. If we don’t act soon, everyone in this town will be infected and under the Mother’s thrall.

June: Sigh. If anyone but you was telling me this, I’d think they were insane. Alright, I believe you. What do we do?

And so, The IncrediBelles were formed: the saviours of Strangerville (and yes that is a pun on ‘The Incredibles’).

Upon reaching the lab, June, Dexter and Katharine suddenly noticed that they were in the company of a celebrity (Alina) and couldn’t contain their excitement. Come on, people, she’s family and you were literally just talking with her. Now is hardly the time for this, the fate of Strangerville hangs in the balance!

Katharine opens the first locked door in the lab, her team behind her looking unsure.

Dexter: M-maybe I should stay here and keep watch. You girls don’t need me, right?

Alina: Oh no you don’t – you promised your daughter you’d come with us and you’re coming!

They are all so unenthusiastic here except for June. Dexter was really angry for some reason and Katharine is exhausted since I’ve barely given her a moment’s rest lately.

The IncrediBelles near the end of their journey. But, their trials are only just beginning.

Katharine opens the last door and at the sight which greets them, her family stand rooted to the spot behind her.

Katharine immediately directed the others to take their positions. 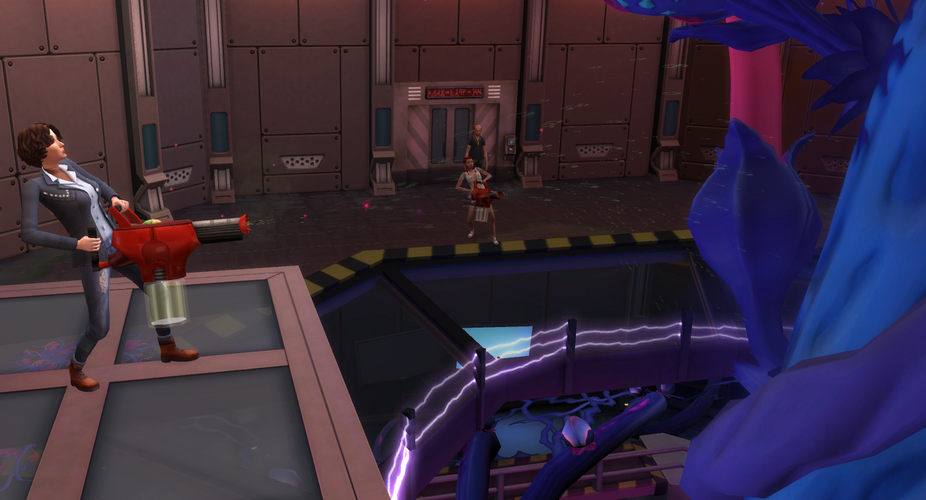 Katharine took on the Mother from the front.

June was stationed to the left.

Alina attacked from the right.

And Dexter…. Dexter stood outside refusing to come any closer.

Despite being one man down, the three ladies resumed the attack. They pulled out every trick they could think of: spraying the Mother with pesticides, throwing vials of vaccine at her, uttering their fierce warbling war cry to scare off her possessed zombie henchmen. Slowly but surely, she was losing her strength.

When the Mother was on the brink of defeat, Dexter suddenly decided that since the danger had passed he would, after all, like to join in. 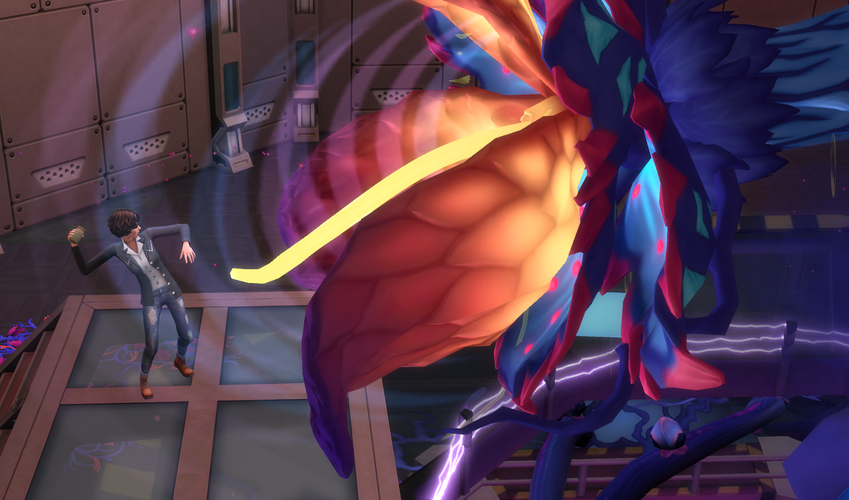 The Mother bent her head to swallow Katharine, but our heroine hurled something into that gaping mouth (I think it may have been some of the vaccine).

The Mother immediately recoiled, but it was too late.

Smoke begun to emanate from her.

There was an explosion of green light.

And then the Mother collapsed, defeated at last.

Of course, they all begun to celebrate their triumph. 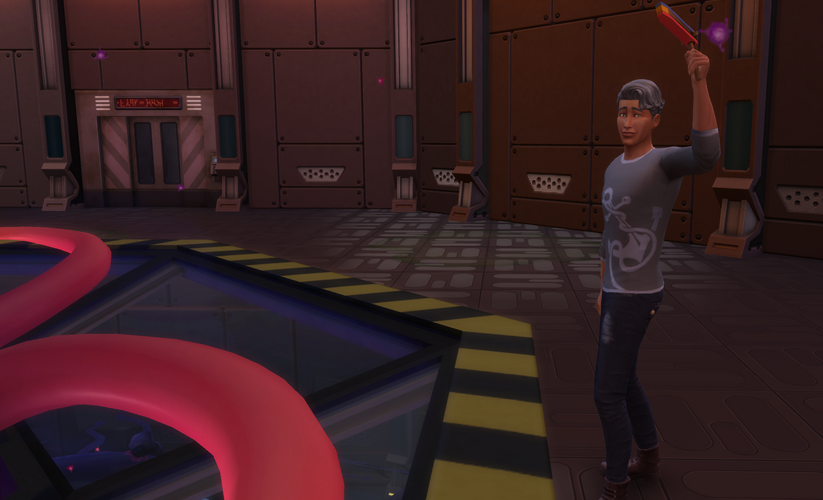 Dexter: Hey, I shot her for like… Two seconds before she died. I was indispensable to this victory.

Katharine: Of course you were, Dad. 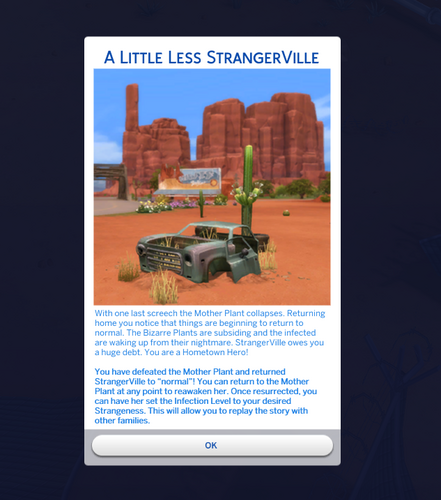 Looks as though Strangerville is saved! It’s nice to see that it is possible to replay the mystery, though. I feel lucky that we were able to defeat the Mother on our first attempt as I’ve heard that it sometimes takes a few tries (it might be normal to succeed first go though, I’m not sure). I actually watched a Let’s Play after I’d vanquished the Mother where she ate someone’s sim! I don’t know if there’s a strategy for bringing her down – I just selected options in a pretty random order.

Well, obviously the twins didn’t get a look in at all this chapter. But, now that the Mother has been vanquished, I will definitely be neglecting them less. Maybe Katharine can actually get past level three of her career, too…