Design a site like this with WordPress.com
Get started
Skip to content
aprilpearl98 Belles Gen 5, Breed out the ugly March 13, 2019March 13, 2019 2 Minutes

I am such a bad toddler parent.

The twins have spent most of their toddlerhood in a pretty miserable state. I’m never too good at caring for Sim tots at the best of times, but having twins makes it more difficult.

I’ve also been more negligent of the toddlers than I usually am since I’ve spent most of the time with Katharine attempting to solve the Strangerville mystery (you would think that June would be capable of feeding and bathing her children while Katharine is out but apparently she would prefer to spend her time playing video games). They will thank me when they’re older and understand that saving the world required Katharine to make certain sacrifices… I hope.

Katharine managed to get a scientist to construct her a spore filter which she then used to finish the hazmat suit. She was now all set to explore the depths of the secret lab.

Wearing the suit, she was able to enter the spore-filled corridor which had put her into a trance when she tried to enter it previously.

Here are some pictures of her exploring:

I love the detail that went into this corridor!

Katharine eventually came to this room where she found a huge version of the other-worldly plants dotted around town. I’m pretty sure this is the ‘Mother’ I’ve heard so much about.

Katharine tried talking to, fighting and taunting The Mother…

Unfortunately, she only succeeded in pissing her off. Not gonna lie, for a moment here I was concerned that Katharine was about to become plant food.

At home, I discovered that vines had grown in the bath…

… And in the toilet!

Katharine has to vaccinate three sims and then take on the Mother with them. I had her pull an all-nighter at the lab in order to create several doses of the vaccine. I think I’ve been working her too hard as she passed out from exhaustion. Sorry Katharine!

Katharine tested out the vaccine on this guy.

Unfortunately, though, he remained possessed. Hopefully she has more success in future.

Christin and Roxana both aged up! Christin rolled the outgoing trait and whizz kid aspiration, while Roxana rolled the neat trait and artistic prodigy aspiration. 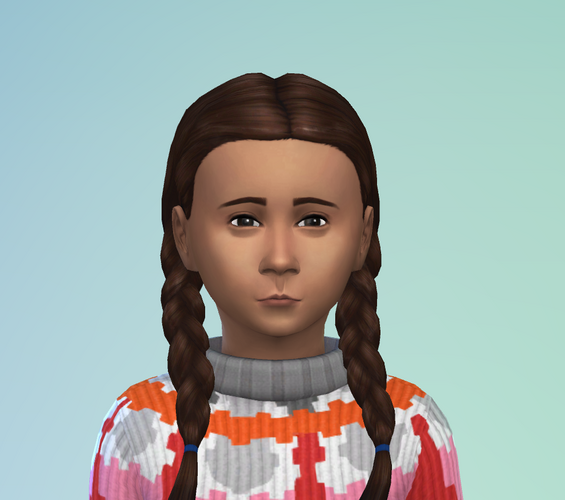 She definitely has The Mouth – but that was obvious from toddlerhood. 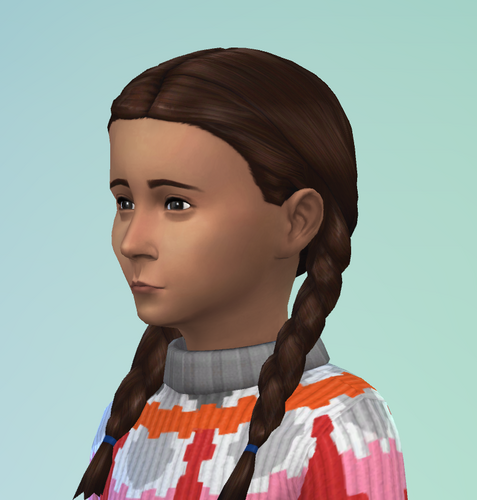 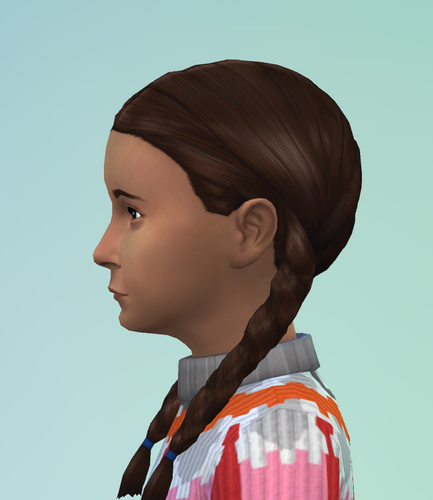 It also looks as though she has quite a small chin, which is annoying (and also kinda ironic, considering that we started with Ramona’s huge chin). 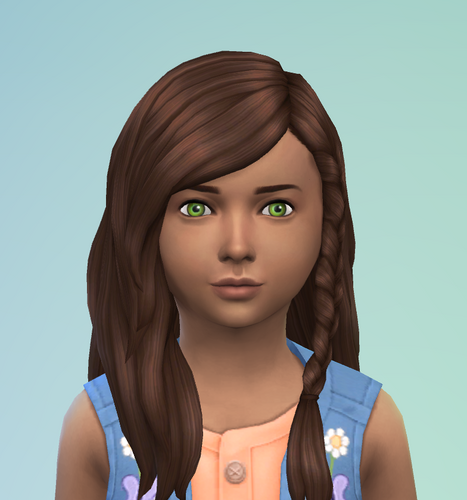 Oh my gosh Roxana is soooo pretty (sorry Christin)! I know she is still a child, so things might change, but she’s super cute now. She has a normal mouth and a normal chin! I get the feeling that if she had been our heir we would have finished breeding out the ugly this generation. 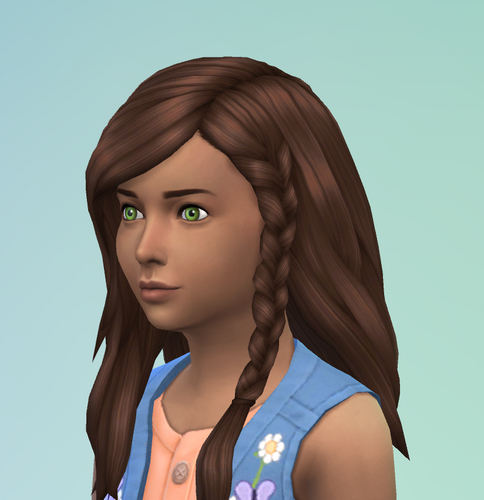 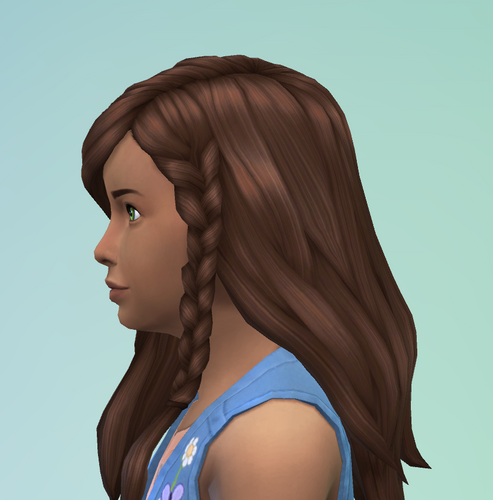 Oh well, there is still hope for breeding out the ugly in the future (right?).