I have a confession to make: I have raised Katharine from birth to young adulthood and yet have been spelling her name wrong all this time. It turns out her name is spelled “Katharine”, but I’ve been calling her “Katherine”. Oops. I shall endeavour to get it right from now on.

Anyway, I had Katharine and June get married an the Von Haunt Estate in Windenburg. I didn’t throw a wedding party for them because I was feeling lazy. Sorry girls!

Here are some pictures of the ceremony:

Their marriage happened on Neighbourhood Brawl Day. So, this went down after the ceremony: BRIDE WARS!!!

This picture makes me laugh – there’s something funny about seeing the skirt of Katharine’s wedding dress sticking up out of the cloud of dust.

Um Katharine… Looks like you gave your new wife an concussion. Well done. That’ll get your marriage off to a great start. 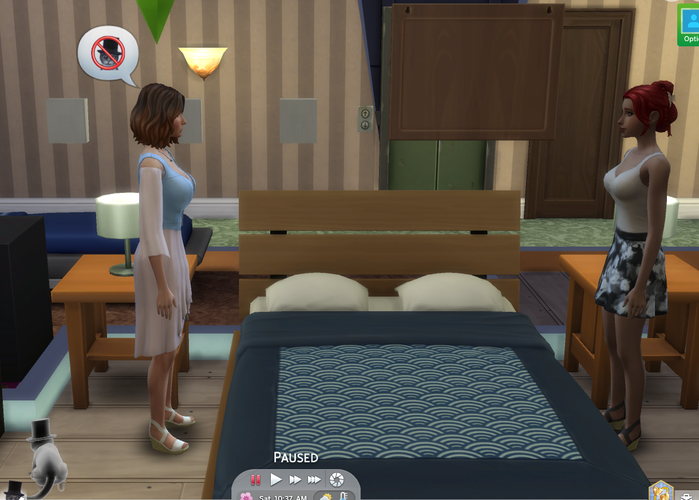 After all that, I found them an apartment in San Myshuno. When I told them to try for a baby, the above happened. Katharine did NOT want to woohoo while Mayor Whiskers was in the room (understandable!) I think Mayor Whiskers was trying to deter them from trying for a baby.

Mayor Whiskers: I’m staying here for your own good. Don’t do it, you’ll regret it if you do! 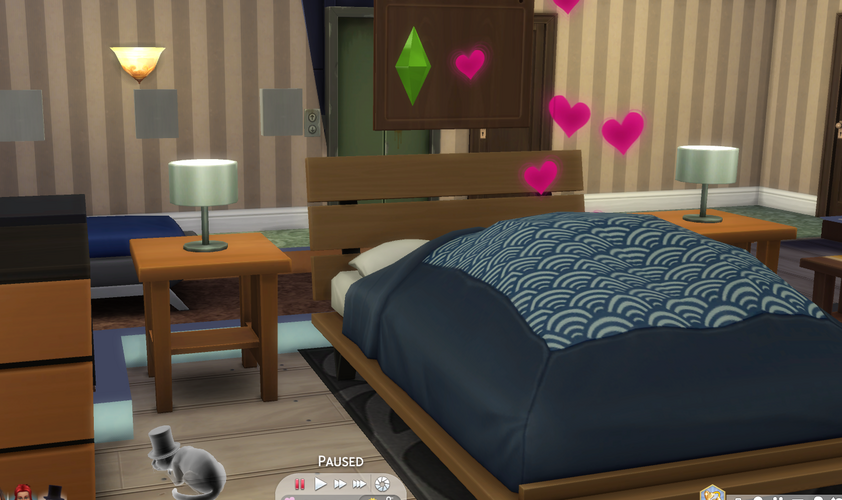 Mayor Whiskers stood his ground. They tried for a baby anyway. Poor little dude lay pointedly looking away from the bed in despair.

Mayor Whiskers: I do NOT want to bear witness to this. Just don’t say I didn’t warn you. 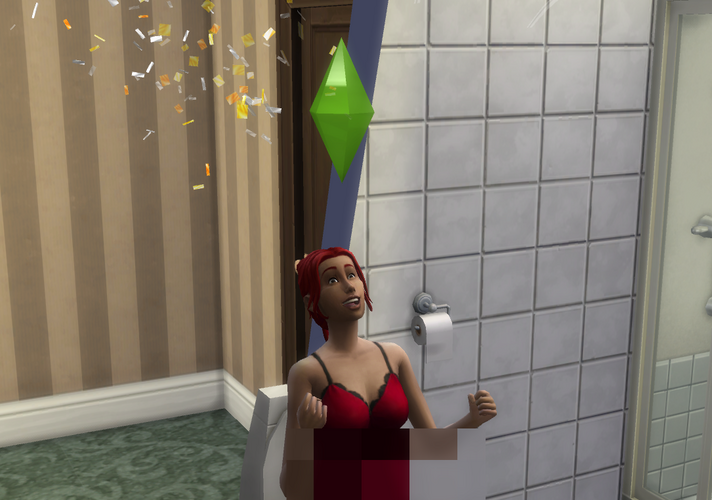 June tells Katharine and Mayor Whiskers that she’s with nuboo.

Let’s analyse the faces in the above screenshot, shall we?

June is excited and blissfully happy.

Katharine is… Well, I think that face says it all really.

Mayor Whiskers: I told you not to do it! 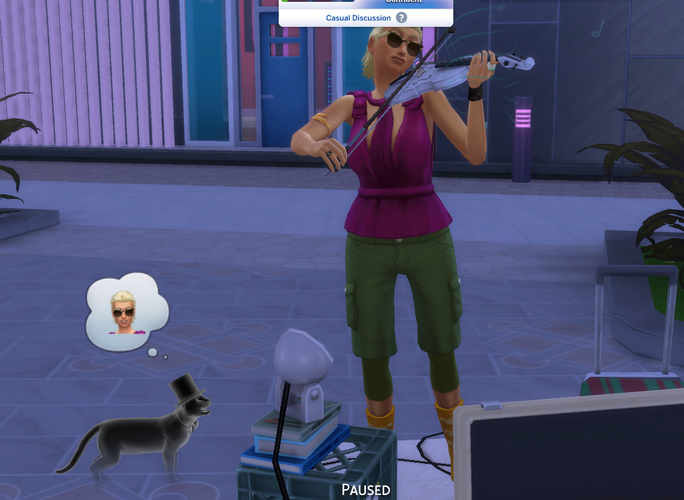 He came across this lady who was playing the violin for tips and he stopped to sing (well, yowl) along to the music! I didn’t know that cats could do this. It might be because he has the vocal trait. I got a pop up saying he had a new obsession – with music/violins I guess.

I don’t know what to say about this guy. What a terrible fashion disaster. June has joined the stylist career, so hopefully she will be able to help poor souls like him in future.

Katharine has joined the acting career because I haven’t completed the acting aspiration yet (Alina never received an acting award). I really wish I’d made Katharine go to drama club when she was younger to build up her acting skill, but that can’t be helped now. Here she is doing a commercial for Vladislaus Hardware, which involved this vampire scene.

After that small commercial, Katharine was nominated for an acting award! Hopefully she receives it, because when Alina was nominated she never was actually awarded anything.

June went into labour, so we went to the hospital.

And THIS happened: TWIN GIRLS.

The random name generator called the firstborn (who will be our sixth generation heir) Christin, and her younger sister Roxana.

I had an ominous feeling June was expecting twins since I realised that we hadn’t had any multiple births yet. But, I was shocked that they were girls! We’ve had female heirs for the past three generations, so I did think that this time we might get a boy. But no, they were both girls! Honestly, I am a little disappointed by that, but if they grow up to look like June, then it’s all good. 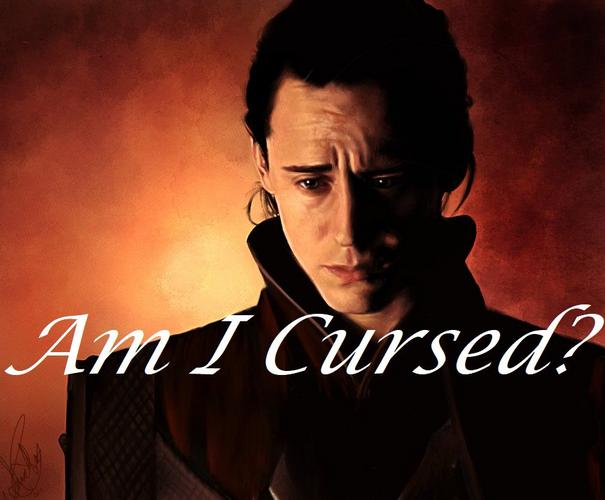 Katharine and June came home from the hospital to find Mayor Whiskers investigating the new additions.

Mayor Whiskers: I warned you bad things would come of woohooing, but did you listen?

This is going to be hard work. Sigh.

I really hope that Christin doesn’t turn out to be the uglier of the two twins, since we’re stuck with her as our heir. It would be cool if they were identical, though.