The title of this chapter is a homage to the words a certain wise man once said.

Fame has certainly been a fickle friend for Alina…

She’s had some highs…

She’s had some lows…

But, she finally fought her way to the top and became a Global Superstar, in doing so earning a celebrity tile. She also completed the World Famous Celebrity aspiration, so she will now be a 5 star celebrity forever – or at least until death do she and fame part.

I sent her along to Starlight Boulevard to begin the celebrity tile placing ceremony.

On beginning the ceremony, a golden diamond (plumbob?) which I guess is her “tile” appeared, slicing right through her neck and chest. I thought this ceremony was meant to be about celebrating Alina, not decapitating her!

However, the tile then rose into the air and descended into Alina’s waiting hands.

You’re looking at the face of a Superstar.

She placed the tile.

There were golden stars, which was a nice effect.

Then, she posed for the paparazzi in front of her star.

Dexter got the dancing in the rain acting gig. I shall just leave these pictures here…

Mayor Whiskers: Why don’t I feature in the blog posts more? I’m the most important person in this family!

Katherine: Because the blog is about ugly sims and you’re too handsome for it.

Mayor Whiskers: It’s true, I am. 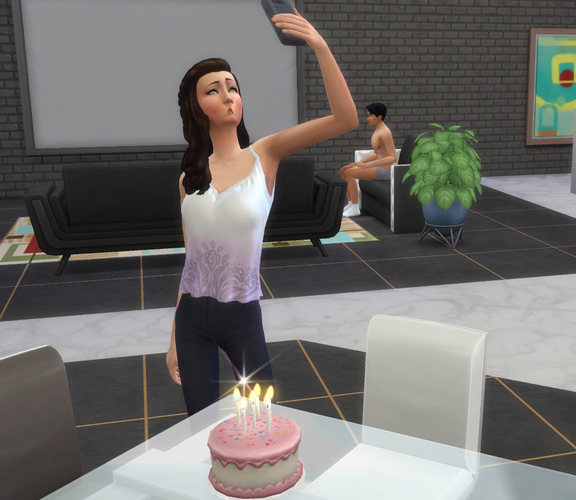 Katherine’s long awaited birthday arrived. She took one final selfie of teenagedom before aging up. Lol Dexter in the background in his underwear again. I swear he never wears clothes at home…

She inherited the goofball trait – I’m not sure if she got it from Alina or Dexter, since both are goofballs. Every single one of my heirs since Donald has been a goofball! 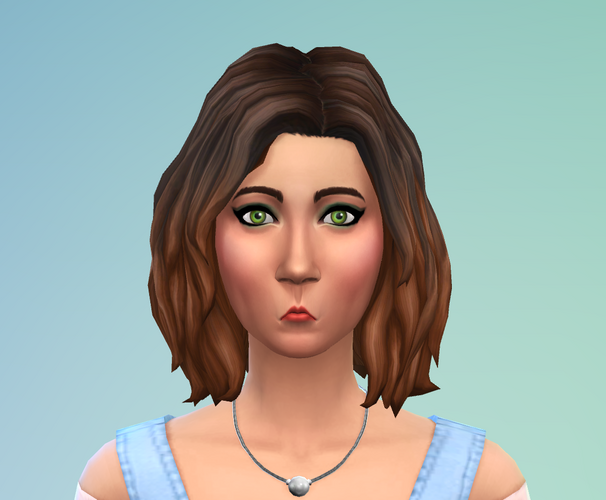 I gave Katherine a makeover with a new haircut and everyday outfit. Look, I got my wish – she did inherit Alina’s dimples! 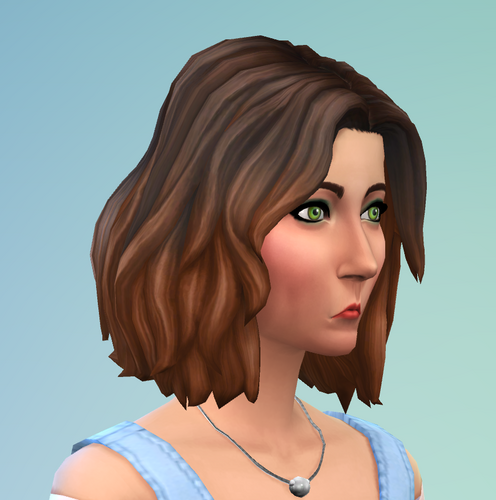 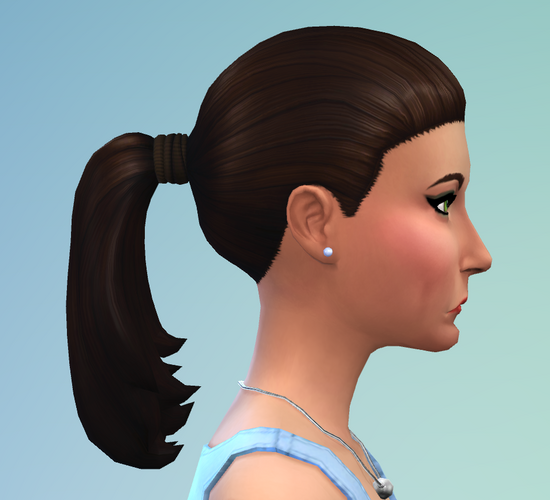 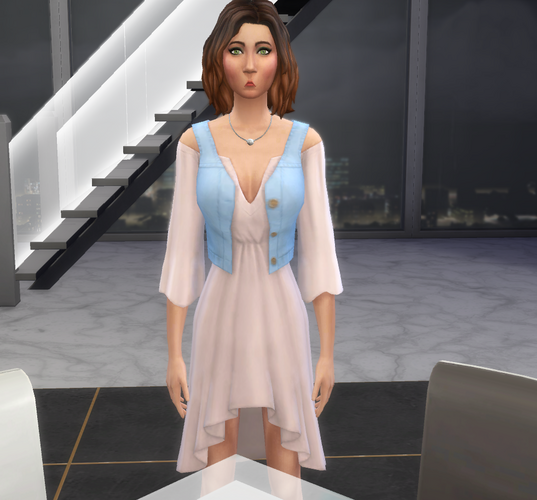 Love this dress. She’s actually looking quite pretty, I think!