She rolled the art lover trait (inherited from Dexter) and the big happy family aspiration. I’ll probably change her aspiration, as I don’t want her having lots of kids. 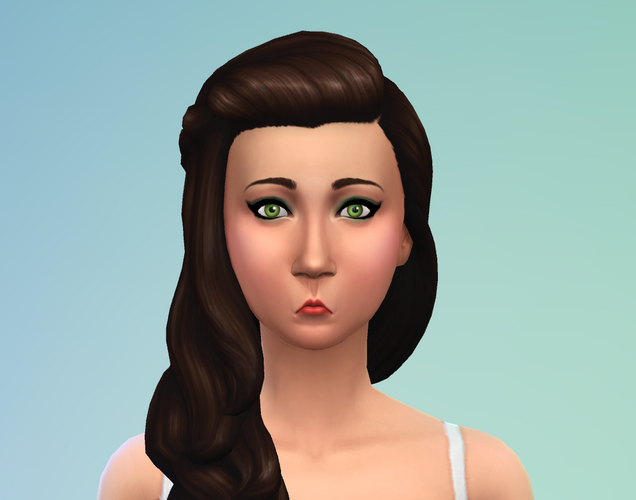 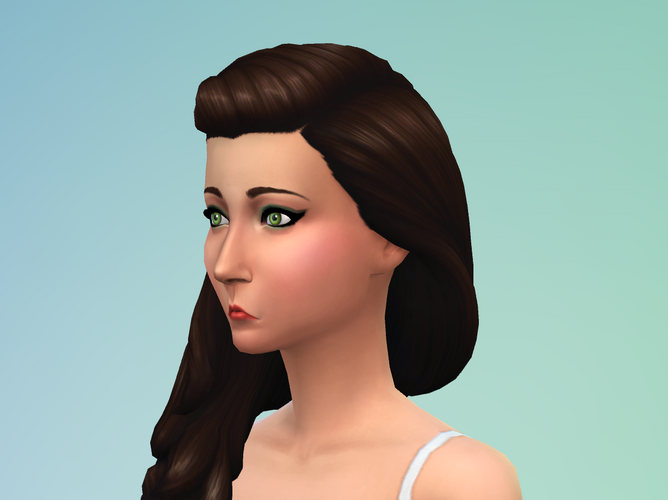 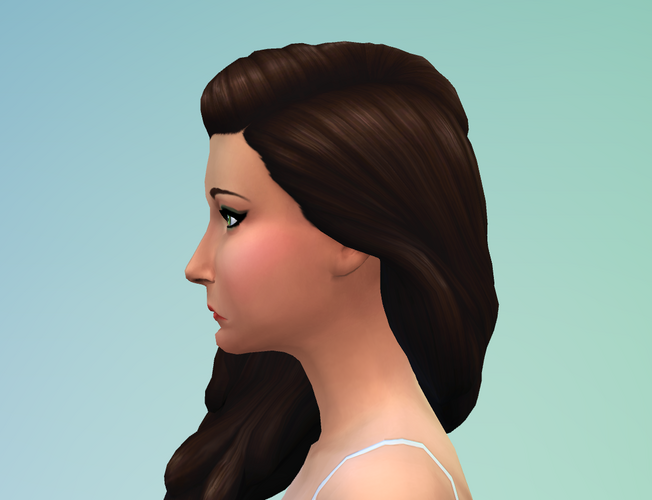 Ok, so: definitely a normal sized head, which is good. She inherited Alina’s nose, which looked fine on Alina, but since Katherine has a smaller head it looks kinda big on her. But, it is still a normal sized nose (I mean, consider what sort of nose we started with on Ramona!), so I don’t mind it. What is definitely not normal is her mouth. That’s gotta go! Overall though, I’d say puberty done good, compared with our past heirs.

June Dreamer, who we met last chapter, is also a teen and she’s gorgeous. Katherine is definitely going to have to marry her! 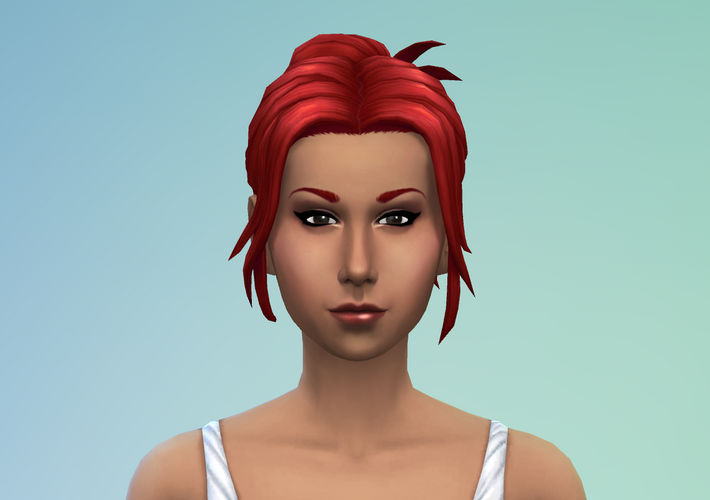 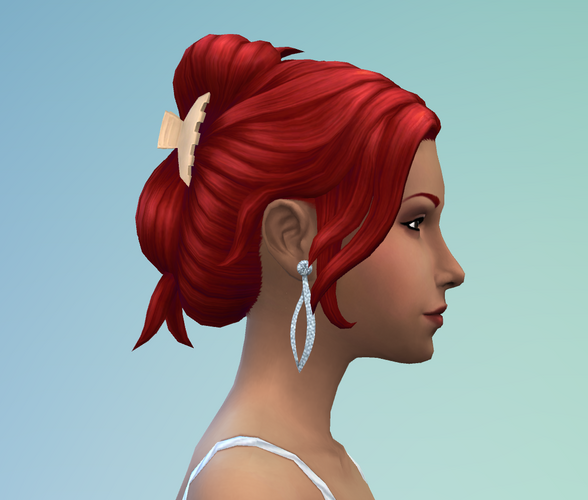 Alina got the coolest gig ever!

I don’t know what this tv show was meant to be. All I know is that she got to dress up in lycra, stilettos and a chicken mask and fight with some sort of rainbow lightsabre. One word: AWESOME.

But, that’s not all! She also got to zap the villain with a fire ray.

She even shot a romance scene, but you have to think that the chicken mask would have kind of killed the mood here.

Despite being a four star celebrity and successful actress, Alina still apparently can’t always make it to the toilet before wetting herself. Mayor Whiskers be like: Nasty, bye bitch!

Like mother, like daughter. Here is Katherine also looking all dirty and gross. Does this family have no concept of personal hygiene? Also, I have no idea why but every single time they eat, they flat out ignore their fancy dining table and sit on the poolside. Sims are weird. 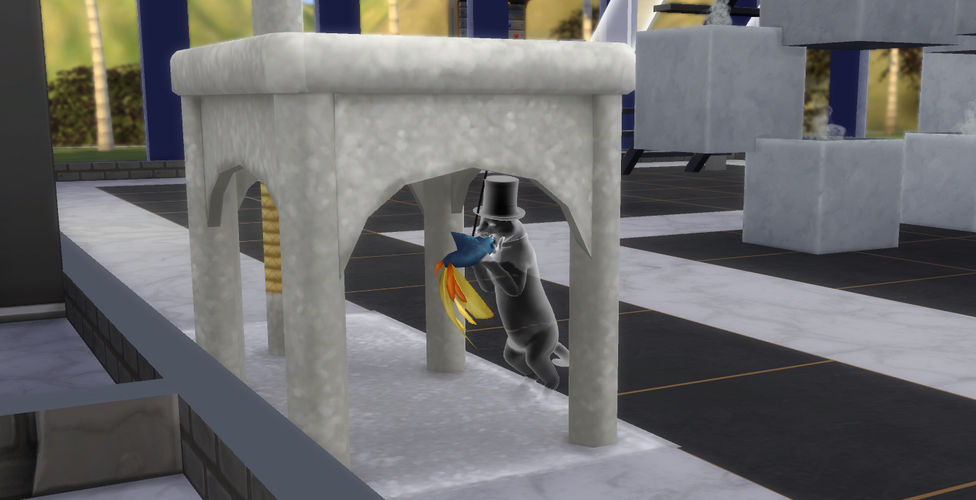 Mayor Whiskers is such a cutie.

Winterfest arrived! The whole family decorated the tree – a process which involved a worrying amount of throwing fragile looking ornaments about.

Opening presents. Awww Dexter looks so left out – don’t worry, he got one too.

Father Winter fanboying over Alina (feat Dexter in his underwear, doing the pee walk I think).

Alina became an adult on Winterfest (forgot her birthday, so she was sad. Oops).

Alina doing a death scene. These animations just crack me up.

I’ve been having Katherine get friendly with June. They’re not romantic yet, but I ship them already. I can already tell they are going to be a cute couple – hopefully with a cute kid, too.

I love how in this picture of Dexter’s sword fighting scene, you can see the light reflecting off the swords. He’s so almost a three star celebrity now, by the way!