Dirk Dreamer has a daughter called June who I know is going to grow up really cute (I checked in CAS). Katherine, meet your future wife:

Meanwhile, the romance is not yet dead with Alina and Dexter:

Dexter has managed to make it to level 4 of the acting career and is a two star celebrity (rising star). I swear he looks handsome in whatever costume them put him in.

Cute as a pirate:

Cute as a sitcom character:

Clearly, Dexter was born to be on camera!

Alina managed to electrocute her co-star while acting in a hospital tv show. Thank God you’re not a real doctor, Alina. 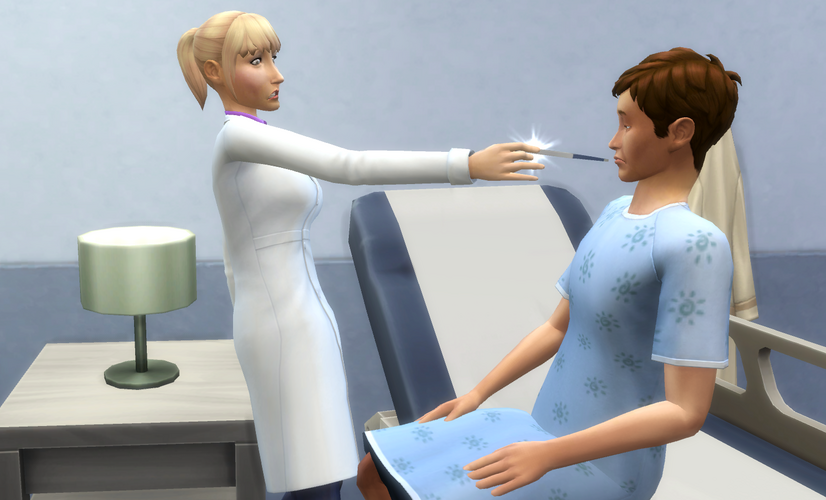 Alina received a notification saying she had been nominated for an acting award. So, she turned up to the award ceremony looking fiiiiine.

Unfortunately, she didn’t win any award. I’m not sure if that was a glitch or if you’re just not meant to receive an award every time you are nominated.

Alina: Well, this is awkward. I had my acceptance speech planned and everything…

She comforted herself by signing some autographs for the other celebrities present who I am sure appreciated it.

Alina is currently at level 9 (!!!) of the acting career. She is also a three star celebrity (B-lister).

Alina acted in a crime/detective show which for some reason involved fighting with this alien. I guess it was an alien detective show?

Alina got a gig doing some drama show which had the most beautiful set. It really reminded me of Game of Thrones. I really wish we had access to these sets in build mode as this one is amazing. It would make a nice backdrop for my selection challenge as the throne room.

This part of the set was stunning too:

And to finish off, here is Katherine working on her motor skill. Sigh. She is never going to complete her aspiration before she ages up…

In other news, Dexter became an adult. Alina has three days left until she reaches adulthood.