Well, I discovered the drones! I think they’re very cool.

I’ve been having Alina use her drone for livestreams. Hopefully that will keep her famous in between acting gigs! Although, maybe not if she dances like that…

Alina managed to get a part in some sort of pirate tv show.

Here she is shooting a romantic scene – and yes, yes her co-star is a pregnant dude.

I got to see the sword fighting animation for the first time, and I’m impressed!

Dexter has taken up vlogging in attempt to get famous.

This picture of Katherine hugging Mayor Whiskers was too cute not to include.

I had Dexter quit his job in the stylist career and become an actor. I initially only had Alina acting because I assumed the acting career was like the active careers from Get To Work and they’d both have to be in work all day every day (or most days, anyway), so I’d always be having to choose which of them to follow to work. Turns out it’s not like that at all – the gigs are short, don’t happen every day and the chances of them both having a gig at the same time seems quite low.

As his first acting job, Dexter chose an exciting looking musical gig. When he turned up, they put him in this costume and I realised it was a commercial for kids’ music. Not quite what I had in mind, but you gotta start from somewhere, right? He did manage to become a one star celebrity shortly after this.

Meanwhile, Alina cheated on Dexter with Judith Ward. Nah, I’m only kidding. They are just performing a romantic scene in this picture – I’m not a homewrecker, plus I love Dexter too much to have Alina do that to him! Apparently, Alina shouldn’t be able to talk to the proper celebrities such as Judith, Thorne and Octavia since she was only a one star celebrity at this point. I guess meeting them at the welcome wagon gave her a way into their good graces. Or, maybe they think that because she’s living in a mansion, she must be a celebrity too. 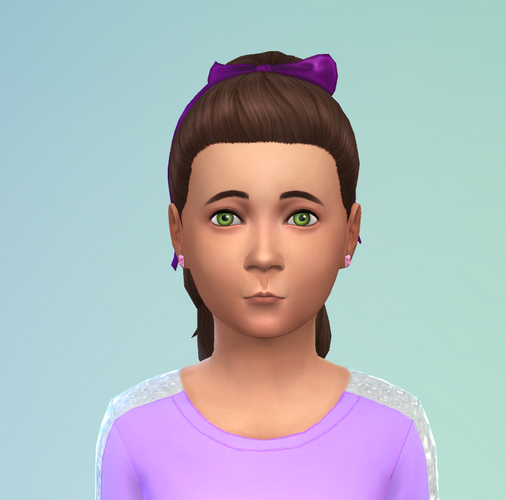 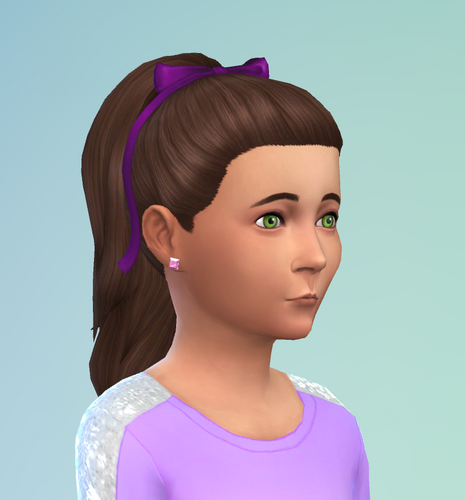 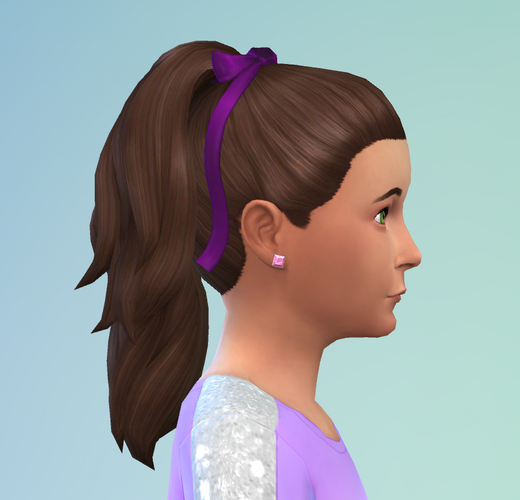 I already can’t wait to see her as a teenager, because I think she has so much promise! Her head is definitely of normal proportions. After five generations, the Curse of the Bobble Head has finally lifted. It’s just that mouth which still has to go. It’s so stubborn!

Had to show Katherine’s outfit; I think it’s really pretty:

Alina did some sort of historical tv show. I thought the set and costume was so beautiful:

What on earth is that hat her co-star is wearing, though? It looks like it has a veil at the front…

She signed her first autograph for this lucky fan above. Ok, so technically they didn’t ask her for an autograph, but she’s so great that obviously they wanted one and were too shy to ask. Not like they had never heard of her or anything – nope.

Then she stoked her ego a little more by posing for a paparazzi.

Katherine working on her motor skill. She is just such a gosh darn cute kid.

I bought Katherine the puppet theatre – first time I’ve used it and I think it’s a really neat feature.

Juliet randomly appeared in the house uninvited. Must remember to lock the doors in future! But, it meant that Katherine got to meet her grandmother for the first time, so that was nice.

Oh, and obviously Alina was pleased to see her mother. Who, she hasn’t seen since leaving home and running off with Dexter to live in Del Sol Valley. Oops.