Cute father-baby bonding moment after they got home from the hospital. Please grow up to be like your Dad, Katherine.

Alina landed a part in some day time TV show. You know, the set actually comes up better in pictures than normal houses do in the sims. It must be the good lighting. And they made her blonde again! It really suits her.

After that acting job, Alina became a notable newcomer! Melanie sent her this text, which I thought was funny: 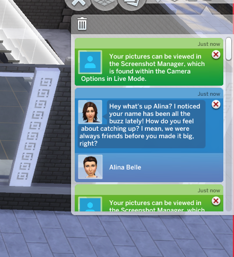 Um, yeah we have always been friends, Melanie. You’re also my mother, remember that?

Anyhow, Alina’s fame did not last long. It dropped away super quickly before she could get another gig. It looks like fame is really difficult to get and almost as hard to keep in this game, which is disappointing. Any tips?

Katherine became a toddler; she rolled the independent trait. I had mixed feelings about her appearance when she aged up. On the down side, she still has the weird mouth (seriously, is that ever going to go away?) But, and this is a big plus, she seems to have a normal sized head! That means the only thing left to breed out is the cursed mouth. She also inherited Dexter’s beautiful green eyes which I am in love with.

I changed her clothes in CAS and thankfully when I came out the whole family had only aged by 2 days (due to the aging in CAS bug from the last patch). I froze aging for 2 days to compensate. 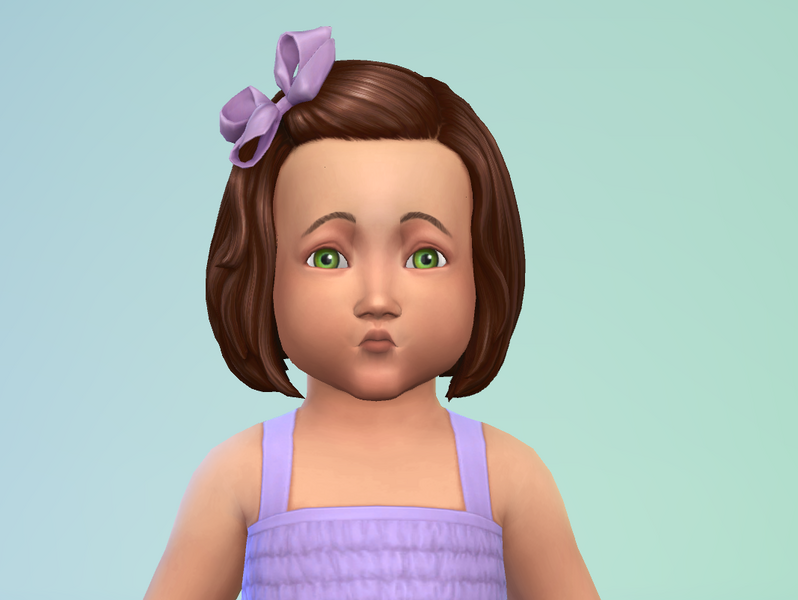 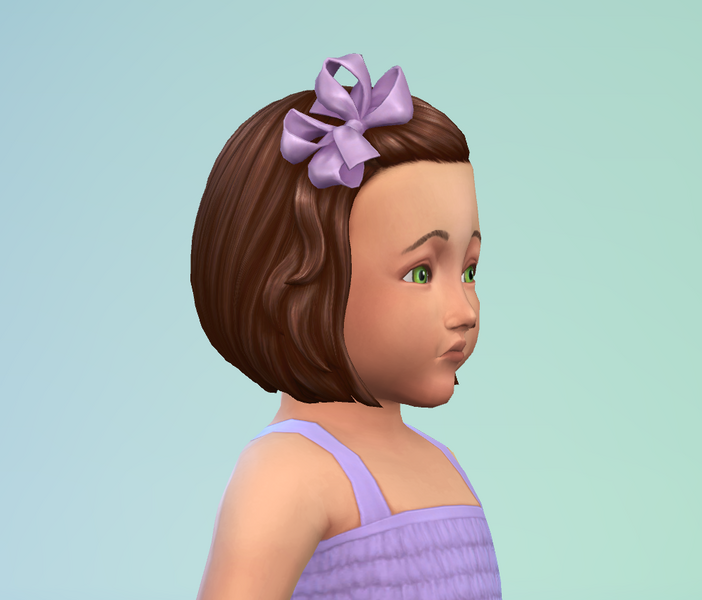 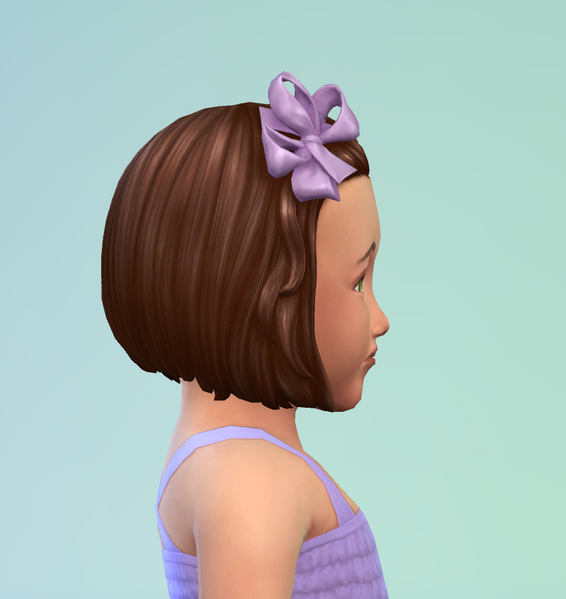 Katherine trying to make it down the front path. Her parents abandoned her to go check out the new house.

The welcome wagon was quite a star filled affair. Thorne, Octavia and Judith turned up!

I noticed that Thorne is pregnant. Lol I love the MCCC male pregnancy setting.

Alina schmoozed with the big names (I was surprised to find that she could actually talk to them, whereas before she has been rejected by celebrities. It might be because it was a welcome wagon). She got on quite well with Thorne in particular, but it doesn’t seem like she earned any fame from it, which is weird. I thought that being friends with celebrities was meant to increase your fame.

I told Dexter to play with Katherine, but he decided to play with himself instead. Ew no, not like that you creeps!

Katherine: Daddy… What the fuck are you doing?

I recently got the toddler stuff pack, so Katherine naturally got a whole playground. She is literally the most spoiled toddler ever.

I mean, what toddler has a freaking jungle gym? It is massive!

Katherine and Dexter look so similar already. Those eyes!

I wonder which of Alina’s features she will inherit. She has her hair, that much is certain. I hope she gets her dimples!