This chapter we are going to see a double wedding! But first off: How punny is my title?

First of all: Juliet aged up! So, we’re now on generation 3. She inherited the goofball trait from Donald. I have to say I was really relieved she didn’t get the jealous trait from her father as that one has been a pain with both Akira and Donald. Here she is – not much difference from when she was a teen: 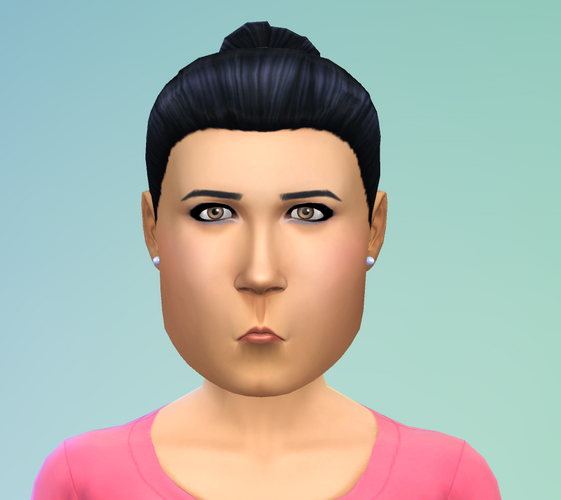 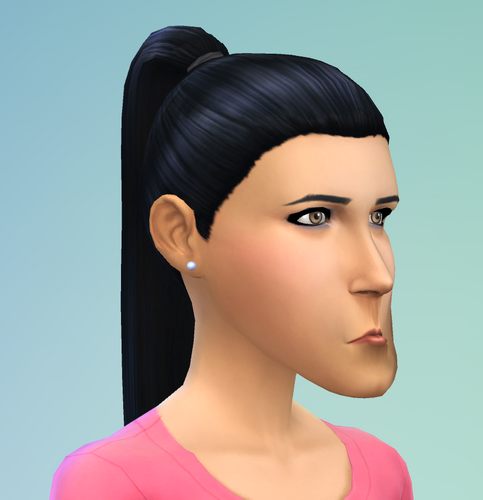 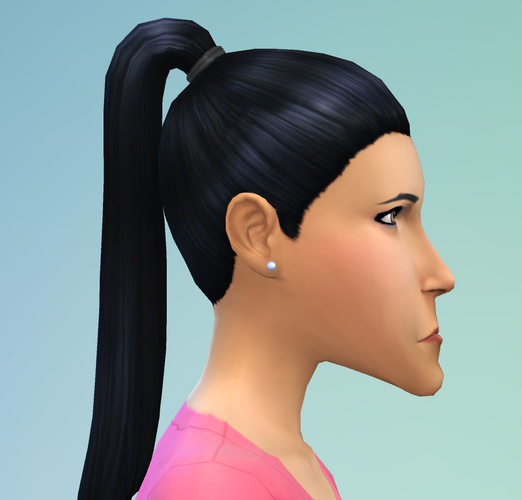 I forgot to show you this when she was a teenager, but Juliet inherited quite a bit of muscle from Shanice. She’s not as muscular, but still has abs!

Annabeth and Jackie’s son, Lucas, aged up into a toddler. I think he may end up looking *shock horror* normal. I’ll definitely be keeping an eye on him.

Although I had Annabeth and Jackie get married this chapter, it turns out that before I got them married, Annabeth went off and had a baby with a guy called Scott West (below), so she now has a daughter called Carla West. Carla lives with Scott, so he must have been the one to give birth to her (I have male pregnancy enabled with MCCC). Oh well, it turns out Jackie went and had a baby with the daughter of Katarina Lynx, so he and Annabeth are square.

Once Juliet and Melanie were both young adults, I decided it was time to get them married. Oh by the way, I gave Melanie a new haircut and everyday outfit, just in case anyone is wondering.

Juliet proposed and given how evasive Melanie has been in the past, I was concerned she would reject Juliet.

They got married almost immediately at a nice little wedding venue I placed on the island in Windenburg.

Juliet in her wedding dress:

And Melanie in hers:

Some pictures of the loved up couple now:

Aaaand the ceremony itself:

Annabeth and Jackie came to the wedding. This picture cracks me up because it looks as though Jackie has had too much to drink and Annabeth is fixing him with a disapproving stare. Always gotta have that one embarrassing uncle at the wedding.

Luna Villareal, Melanie’s mum, spent the entire wedding with a pretty sour expression on her face. Here she is glaring at Melanie:

And looking daggers at Shanice. Maybe she disapproves of Melanie marrying into the Belle family?

Juliet and Melanie sharing the first slice of wedding cake.

Melanie took it upon herself to do the dirty dishes at her own wedding. Don’t know what was going on there, she doesn’t even have the neat trait.

Even Lucas came to the wedding looking adorable in his little suit.

I’m pretty sure this is one of Melanie’s (many) siblings (Luna was quite prolific). Love how she’s rocking a top hat.

Shanice decided to drop and do some situps during the reception. Totally normal.

While Donald stood inside a hedge.

After Melanie and Shanice’s wedding was over, Jackie and Annabeth stayed behind to use the venue for a little private wedding of their own.