Shanice invited Donald round to her house, so I had him flirt with her a bit. He looks ridiculous, but apparently Shanice didn’t notice. Love really is blind, I suppose.

Then, they had their first kiss. Ah the return of the skull-piercing nose.

Donald asked Shanice to be his girlfriend, and she said yes. Yay!

And then… This happened:

Mayor Whiskers died of old age. I know he’s only pixels but these pictures break my heart. Poor little guy.

Donald and Annabeth seem to feel the same way.

I don’t know what Annabeth said but it made Grim face-palm. Well, hood-palm.

Ramona cleaning the shower… Her bum sticking all the way through the glass.

I had Donald invite him to join the household. He rose up in the air and shone for a bit.

And then, Mayor was back with his family.

Winterfest finally rolled around! I have the seasons set to 14 days long, so this is the first Winterfest that the family have had.

They decorated the tree together…

Donald thinking hard about where to place the decorations – dude, it’s just a tree!

Ramona looks very pleased with herself.

Oh dear, Akira looks very left out in this picture. Don’t worry, he got a present too.

The day after Winterfest was Annabeth’s birthday. The moment of truth.

She rolled the perfectionist trait and the friend of the world aspiration. As for her appearance, well, that was worse than I was expecting but I’ll let the pictures do the talking.

She’s ok from the front. 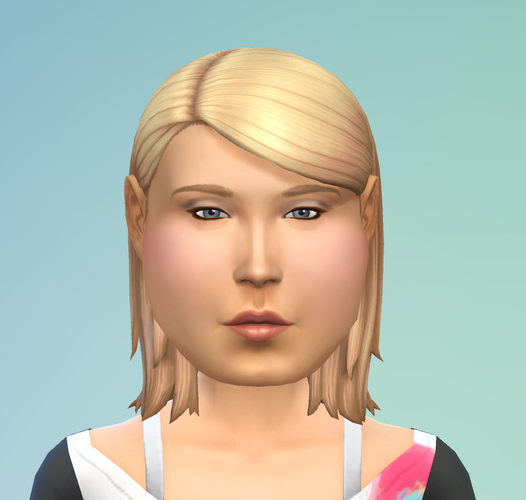 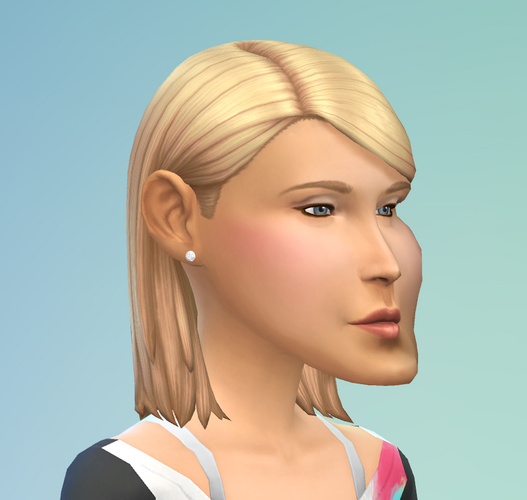 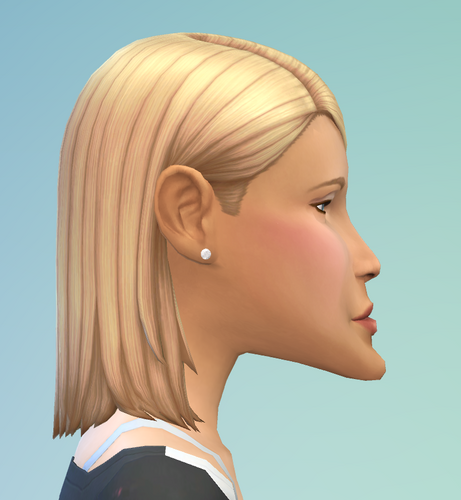 I think still better than Donald Nevertheless, I am sticking with my “firstborn is heir” rule, which means we’re stuck with Donald’s ugly mug for another generation. Besides, I actually feel more attached to Donald than I do to Annabeth.

Ah my pair of beautiful children.

My what a big head you have, Annabeth.

Huh, I’ve had ghost cats before but I’ve never seen this moodlet before. Apparently Mayor Whiskers scared Ramona with his ghostly meows! 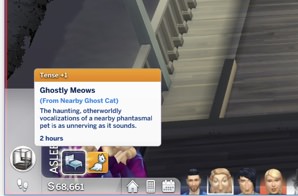 Then, it was Donald’s birthday.

He rolled the jealous trait, like his father, which is probably my least favourite trait because it makes a sim tense when their significant other is as far away as the next room but oh well.

I gave Donald a new haircut now that he is a young adult. Other than that, he doesn’t look very different from when he was a teenager. You know, I wouldn’t have thought it was possible, but I think he might actually look worse than his mother. We’re not doing an awfully good job at breeding out the ugly, here. 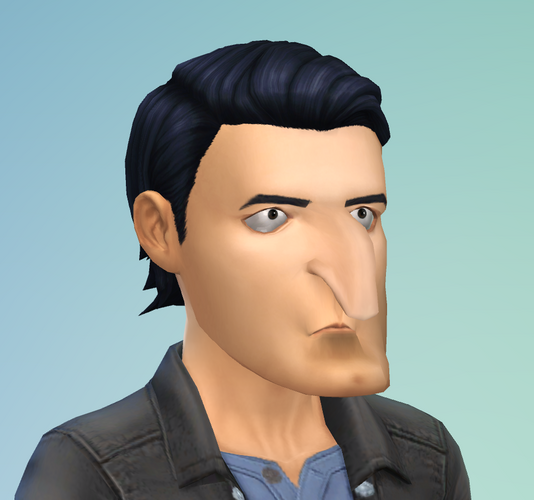 One thought on “Chapter 1.7: A Death in the Family”